By Diana Ransom February 9, 2011
Opinions expressed by Entrepreneur contributors are their own.
You're reading Entrepreneur United States, an international franchise of Entrepreneur Media. 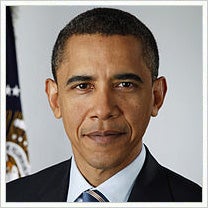 The idea of raising taxes in the midst of what continues to be a rocky time for small businesses is understandably anathema to many entrepreneurs. After all, keeping the doors open and the lights on is hard enough as the unemployment rate continues to hover around 9 percent and many shoppers are still pinching their pennies.

On the flip side, forcing states to pony up for unemployment spending might eventually cause an unwanted financial impact for business owners.

So far, 30 states have exhausted their unemployment insurance trust funds and have already borrowed an estimated $41 billion from the federal government to help jobless residents pay their bills, according to a report released yesterday from the Center on Budget and Policy Priorities and the National Employment Law Project. That tally is expected to reach a record $65 billion by 2013, according to the U.S. Labor Department.

So what does all this mean? Employers of all sizes could face a significant increase in their tax bills.

Here's how: To repay the principal on those loans, federal unemployment insurance taxes on employers are set to rise automatically in a number of states this year or in 2012, and tick up higher over the next few years, according to the joint study. The minimum taxable wage base in 18 states has already risen to $15,000 from $7,000 where the wage base has been for decades.

But President Barack Obama has a plan -- which he expects to detail in his 2012 budget due out next week -- to give employers and states a much needed break by deferring those federal loan interest payments into 2014. He also proposes to postpone automatic tax increases for two years.

Response to the proposal has been mixed. Some republicans are against it since they say a number of states will be forced to raise unemployment taxes on businesses in the future. Meanwhile, a number of think tanks have thrown their support either behind the President's plan or similar reforms citing bigger problems if nothing gets done.

Indeed, with this proposal, small-business owners in states that owe the government money can avoid paying $5 billion to $7 billion in higher federal unemployment insurance taxes before the end of 2013, and $16 billion to $24 billion over the next five years, said the joint study.

Is President Obama on to something with this? What's your take?