By Diana Ransom April 1, 2011
Opinions expressed by Entrepreneur contributors are their own.
You're reading Entrepreneur United States, an international franchise of Entrepreneur Media. 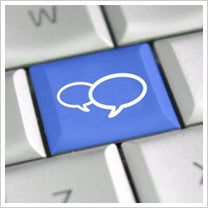 Finding customers via a social media can seem like a mammoth -- or even ludicrous -- task, especially when time is such a precious commodity. But the numbers are hard to ignore: Facebook has more than 500 million users, while Twitter has more than 175 million. According to comScore, 171 million American Internet users watched online video content -- mainly at YouTube -- in January 2011 for an average of 14.5 hours per viewer. And then about 4 percent of adults who use the Web also use location-based services like Foursquare and Gowalla, noted the Pew Research Center.

To put it another way, millions of your potential customers are using these sites. Don't you think it's time you do too?

We asked Jeffrey Carr, a marketing professor and the executive director of New York University's Berkley Center for Entrepreneurial Studies to break out his best tricks for finding customers via social media. For even more of Carr's insights into finding customers, see our story: Using Social Media to Find the Right Customers.

Want Customers To Stick Around? Get Their Feedback From Day 1 (and Keep Doing It)