When to Mix Work and Play on a Business Trip 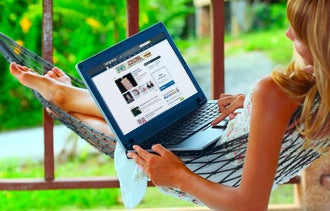 I didn't work during my honeymoon, but I came close. We were headed to Rome and the Amalfi Coast when I learned that a magazine for which I frequently contributed was planning a special issue on Italy.

I almost volunteered to write a piece on some of the Michelin-starred restaurants I was longing to visit, or on one of the enchanting neighborhoods we'd be wandering through in the Eternal City. The benefits were obvious: We'd get part of our hotel bill covered, and some meals I otherwise couldn't afford. That was how I'd explain it to my bride.

Continue reading this article -- and everything on Entrepreneur!

Become a member to get unlimited access and support the voices you want to hear more from. Get full access to Entrepreneur for just $5!

If You're Not Marketing to Older People, Your Business Is Missing Out Big Time

How to Leverage Coaches to Grow Your Business