By Rod Kurtz December 17, 2012
Opinions expressed by Entrepreneur contributors are their own.
You're reading Entrepreneur United States, an international franchise of Entrepreneur Media.

It’s a typical Wednesday for Sir Richard Branson -- and enough to make his 2.7 million Twitter followers tired just from following along. Fresh off a lavish gala in New York, where he walked the red carpet with the likes of Mayor Michael Bloomberg and actress Olivia Wilde and collected a Conde Nast Traveler Visionary Award for his work with ocean conservation, he boards one of his own planes for a Virgin America Instagram promotion, serves a tray of mimosas to surprised passengers, and grabs a quick nap en route to San Francisco, where he’s the marquee speaker at Salesforce’s annual conference for some 90,000 attendees. After that, it’s back to JFK, a stop in London to compete in a triathlon, and then on to Finland for a conference.

It’s a question for any entrepreneur who’s reached a certain level of success, but for the 62-year-old iconic founder of Virgin Group, one has to wonder, “What possibly keeps this guy going?”

Indeed, the British billionaire, who helped make Virgin a household name in everything from records to air travel, has crossed the Atlantic in a speedboat, circled the globe in a hot-air balloon (well, almost), and routinely swims with sharks and whales. When he does pause to catch his breath, it’s on his own island. The Virgin portfolio now includes some 400 companies, with revenues of $21 billion, and the aggressive expansion continues, including a foray into hotels. Then there’s Virgin Galactic, his effort to commercialize space travel, and Virgin Oceanic, which plans to send a sub to the deepest parts of the world’s oceans. Over the years, not every project has taken off (remember Virgin Cola?), but he’s certainly had more hits than misses since starting a magazine at the age of 16.

Related: Richard Branson on Smiling as a Competitive Advantage

While Branson remains the very public, often mischievous face of the brand, he spends most of his time these days focusing on philanthropic efforts, including Virgin Unite, his foundation; the Elders, a group of world leaders, including Desmond Tutu and former President Jimmy Carter, that champions peace and human rights; and B Team, his newest initiative, which gathers business leaders like Puma Chairman Jochen Zeitz to focus on corporate social responsibility.

But Branson also remembers his startup days fondly, and frequently imparts a little wisdom from his journey to millions of fellow entrepreneurs around the world. Most are drawn not to his billions, but to a can-do spirit that has earned him the nickname Dr. Yes. We recently caught up with Branson -- at 35,000 feet, where else? -- for a candid conversation about mistakes made, lessons learned, and how to keep the entrepreneurial fire burning after all these years.

Entrepreneur: You've done just about everything one can do in business. You could spend the rest of your days napping in your hammock on Necker Island. How much is enough?

Branson: Most entrepreneurs are not doing it for financial motives in the first place. They're just people who love creating. From the time that I created my first magazine or first record company, I just wanted to create things that I could be proud of. Money was just an evil byproduct to pay the bills at the end of the year. The only difference in my own life [now] is that most of my new creations are not-for-profit rather than for-profit. But I still will dive in on things like Virgin America, a company I really believe in, and getting the space program off the ground, and launching new ventures.

Entrepreneur: Aside from being an entrepreneur, you're also the adventurer who flies hot-air balloons around the world and climbs Mont Blanc, as you did recently. How related are those two sides of your personality? 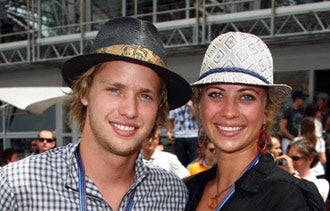 I like to set myself a new adventure challenge at least once or twice a year because I love that side of my life. I love getting fit and training for it. I try to do most of these things with the kids [daughter Holly, 31, and son Sam, 26]. As a father, it's great to be able to share these experiences. Standing on top of Mont Blanc, my daughter turned to me and said, "The best day of my life." Completely exhausting, completely shattering, but the best experience of her life. Not enough people realize the satisfaction you can get from really pushing yourself to the limits.

Entrepreneur: For a lot of entrepreneurs, making that first million is the first sign that they’ve “made it.” What was your milestone?

Branson: I was the kind of entrepreneur that never really felt I made it. When Mike Olefield's “Tubular Bells” [Virgin Records’ first release] sold 8 or 10 million copies, I suppose, at age 19, I could've possibly retired on the money. Instead, I immediately pushed the boat and took that risk again. I always tell other people to protect against the downside, and not risk roughing on new ventures, but I never stuck to that rule myself. So I never really felt secure until I was well into my 30s, because anytime I had success, I would invest in new projects.

Entrepreneur: So even after buying your own island, in your 20s, you didn't think you had made it? For most people, that would do it.

Branson: Yeah, but the trouble was, most likely, the island was mortgaged and my home was mortgaged and I was taking unnecessary risks to keep creating. So I would ask my wife to sign a bit of paper and I wouldn't necessarily tell her that it was the third mortgage on our house or something. But there must have come a stage when we felt like we climbed over a wall and felt more secure.

Entrepreneur: Was Virgin Atlantic’s highly publicized legal victory against British Airways in the early 1990s, for libel, part of it?

Branson: That was a really important turning point. And obviously selling the record company [in 1992] for a billion dollars. That gave us the financial resources for me -- I was still doing far too many things, and with that money I did far too many more things.

Entrepreneur: Small-business owners around the world look up to you. Is it hard for you to remember those early struggles, connect with them, and give relevant advice?

Branson: No, I remember them vividly. It's far more difficult being a small-business owner starting a business than it is for me with thousands of people working for us and 400 companies. Building a business from scratch is 24 hours, 7 days a week, divorces, it's difficult to hold your family life together, it's bloody hard work and only one word really matters -- and that's surviving. One of the best bits of advice I can give is, early on, when you're building a new business, try to find somebody to run it on a day-to-day basis to free yourself up to look at the bigger picture. But obviously you've got to get over the first hump.

Trying to Start a Business and Feeling Lost? 10 Books to Guide You Forward.

4 Qualities That Could Make You the Next Arlan Hamilton

The first case of Omicron is reported in California, United States.