By Jane Wells July 12, 2014
This story originally appeared on CNBC

Six months into Colorado's great experiment in legal marijuana, the state is starting to get a handle on just how big the market is. 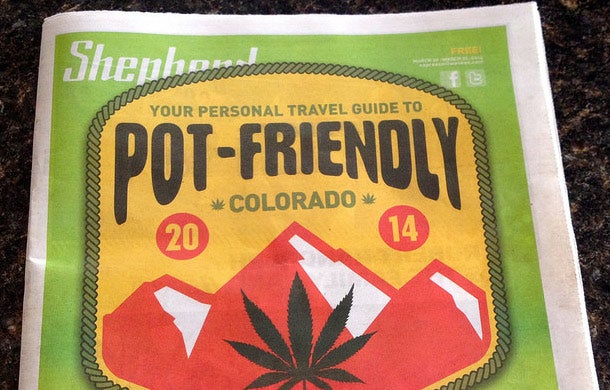 "This study finds total marijuana demand to be much larger than previously thought," according to a report released Wednesday by the Colorado Department of Revenue, Marijuana Enforcement Division.

Here's a breakdown of the numbers:

How much higher, so to speak, is demand by local Coloradans than expected? The state said the figure is 31 percent higher than its own recent assessment, and more than twice the prediction of a study by the Colorado Center for Law and Policy.

Colorado also has been surprised by the emerging popularity of other forms of marijuana consumption, such edibles. Another finding: when compared to Washington state, which opened its first retail medical marijuana stores this week, Colorado's overall consumption is lower due to its smaller population. On a per-capita basis, however, Coloradans use slightly more.

Read More: Cramer is giddy about this overseas marijuana stock

Despite strong demand, however, Colorado is not collecting nearly as much in marijuana taxes as originally estimated.

One big reason is the vast price difference. Medical users have to pay a registration fee, but that is more than offset by the low 2.9 percent tax they pay for pot, compared with taxes of at least 28 percent on retail marijuana.

"Government tax revenue would increase if medical marijuana patients converted to the retail market in large numbers," the state said. "However, this is unlikely to happen until retail prices decline significantly."

The high prices customers are paying at retail stores is taking a toll.

"Producers and retailers will need to decide how much of a markup will be feasible to maximize profits and offer a product to market at a competitive price," the report concludes, adding that the markups will affect "consumer acceptance ... and ultimately, the amount of tax revenue collected by state and local governments."