How This E-Cig Franchise Is Moving Into Marijuana

This story appears in the February 2015 issue of Entrepreneur. Subscribe »

In the series finale of the Showtime comedy Weeds, marijuana is legalized, and housewife-turned-drug dealer Nancy Botwin builds a 50-unit chain of pot cafes that she eventually sells to Starbucks.

It’s the type of future that Chip Paul, co-founder of Palm Beach Vapors, can get behind. With legalization in Colorado and Washington in full swing, and with referendums passed in Alaska, Oregon and Washington, D.C., Paul is prepping his 20-unit, Tulsa, Okla.-based e-cigarette franchise to get ahead of the game in case pot laws fall across the country.

His gamble? He is hoping to patent his method for producing a cannabis oil product that can be inhaled through an e-cigarette. The M-System produces a “juice” that uses hemp oil instead of propylene glycol, the base for most e-cigarettes. The non-narcotic hemp base can be mixed evenly with high-strength cannabis oil (as opposed to other types of bases, which cause cannabis oil to separate). Additionally, the M-System allows customers to control the potency of THC, the psychoactive component of cannabis, that they ingest. In other methods, users inhale or eat full-strength cannabis.

“Producers went on a roll where they kept making marijuana stronger and stronger. If you’re going to use it as medicine, cannabis is currently a blunt-force instrument,” Paul says. “But if you make a suspension, you can control the THC concentration for an end product you can use in an e-cigarette. That’s a cool thing for the medical market.”

And also for the recreational market, which he hopes to attract. So far, he has signed on two franchisees to the M-System and is hoping to partner with a nicotine producer who can manufacture the hemp-glycerin base on a mass scale.

We got Paul to give us a whiff of his plans.

Are you pot dealers now?

We aren’t actually selling marijuana or cannabis oil. Instead, if a franchisee lives in a state where marijuana is legal, we license them the M-System technology and our know-how. We’ll help them find wholesalers and set up those types of relationships where they can produce their own cannabis oils. But that franchisee would have to understand the local laws for manufacturing and selling. They could also have an arrangement where they partner with a dispensary and produce the juice for them. 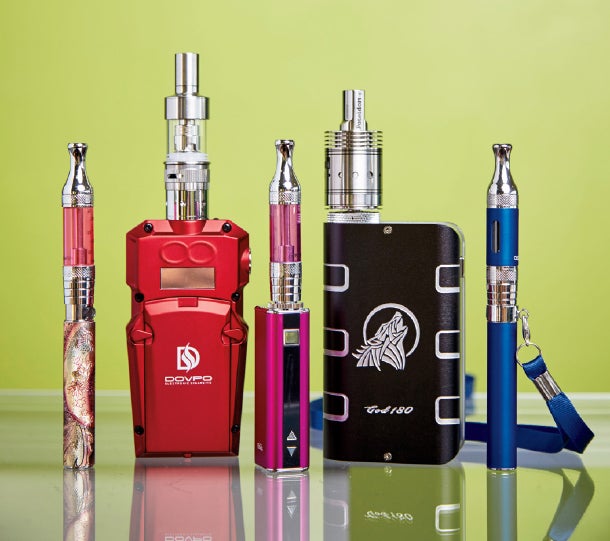 What if a franchisee doesn’t want to be involved with marijuana?

This is a vertical they can add to their business. If someone buys a Palm Beach Vapors shop, they are buying an e-cigarette business. If they want to add marijuana if it becomes legal in their area, they can, but they won’t be required to. We’re also developing a health and wellness vertical that will be substantial. The choice is theirs.

Can this hemp base be used for cigarettes, too?

Yes! In the e-cigarette market today, the bad guy in the juice is the propylene glycol. It’s better than cigarette smoke, but we still want to get away from it. What we’re trying to do is conceptualize the future. Our base, which combines hemp and vegetable glycerin—which is found in almost every food—creates a very nice and relatively healthier base than exists on the market today.

Isn’t this a gamble? Are you confident the legalization trend will continue?

I think there will be a marriage of the e-cigarette and marijuana industries in the near future, and we want to be in the center for that merge. I think the barriers will continue to fall, and marijuana will be a big part of the next presidential election. If there’s some sort of crackdown, we will still survive as an e-cigarette franchise. We have some eggs in that basket, but not everything.

What You Should Know About the World's First Direct-to-Stoner Marijuana Vending Machine, Man