At 19, This Maaco Franchisee Began His Steady Rise to the Top

Brian Greenley busted his butt in high school, working 40 hours a week while still showing up to class. The result: He was able to afford a new, bitchin’ Camaro. Some kids damaged it with a BB gun, though, so Greenley took it into a Maaco auto body repair shop to get it fixed. “When I walked in the doors, I thought there was something special about the place,” he remembers. “The business was easy to understand: You pay for a service, and you get results.” Greenley got an internship there. A year later, at age 19, he bought the place (but had to sell the Camaro for a down payment). That was 1990. Today, his Littleton, Colo., franchise consistently leads the system in sales, and during Maaco’s last fiscal year, his shop repaired 4,800 cars and pulled in $6.2 million, a company record.

Why did the previous owner sell the store to a 19-year-old kid?

The shop wasn’t profitable, and the owner, Ron, knew it would take a lot of work to fix things. I’d worked for him for a year, and he knew what I could do. The owner of the Maaco system at the time said, “Do whatever it takes to turn this shop around,” so he allowed me to sign on to the franchise agreement. I had a willingness to step in with both feet and really prove myself. I didn’t have a family to back me, and no bank loan to help me make my first payroll, so I had a real sense of urgency. The customers responded to that. If the customer is happy, they come back. Now, no matter how much money I have in the bank, we have the same attitude. 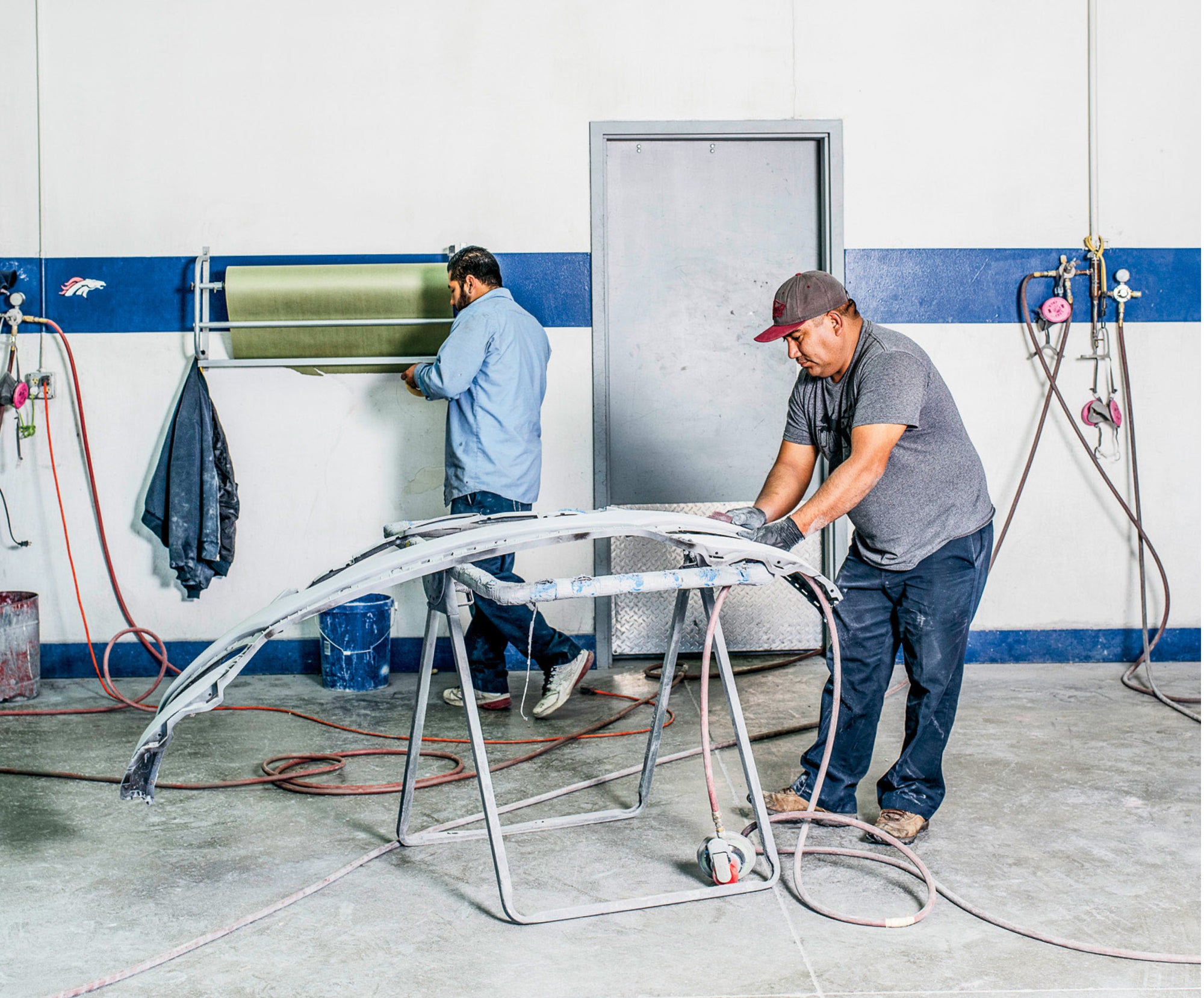 You didn’t have a business degree or experience when you started. How did you pull that off? What’s your secret?

I knew three basic things were important: First, always be organized. Second, hire great people. Some people I hired have stayed nearly all 25 years. And third, stay focused on success. I worked really hard that first year or two, and it was evident that I was a control freak and had a clear vision to move the shop forward. When Ron stood back and gave me full rein, that’s when we started smashing records.

Do you think you’ll break the sales record again this year?

I don’t know, but it’s never been about smashing a record. I have a firm commitment to my employees that they will get out of the shop every day between 5:30 and 5:40. It’s about giving the customer great service, maintaining focus, and enjoying yourself and still having a firm commitment to home and family. I like that people can say, “Brian Greenley did $6 million in business last year and was home with his family by 6 p.m. every night.” If you don’t have balance and recharge your batteries, you won’t have what it takes to run your business right.

What happened to the Camaro you had to sell?

I sold it to one of my customers. A few years later, he asked me if I wanted to buy it back. He never drove it and had it in a garage; he’d bought it because he liked me and knew I needed money. So I got it back and gave it to my little brother, who crashed it. The car is gone.

This Family Wanted to Own a Business That Got Them Excited, So They Opened An Urban Air Adventure Park

5 Lessons Learned From My First 6 Months as a Franchisor