Alaska Pours Itself a Beer While Awaiting Easy-Access Pot

While Alaska's legal access to weed is a bit of a bear, the Frontier State's high-altitude hooch couldn't be more accessible.
Next Article

Alaska divvied up its first licenses for medicinal marijuana testing facilities in June with most locals agreeing that this new, gnarly era could be the buzz their economy needs following months of cutbacks within the local oil industry. But before you pack up your tie-dyed tackle box and head north, know that tourists still need a local pal who has both a bad case of glaucoma (wink!) and a proper card to snag Arctic spliffs.

While the Frontier State is still in its wake-and-bake infancy, area-based boozing knows no off-season. Good ole number 49 ranks 4th in consumption of craft beer with over 25 breweries shelling out 12.7 gallons per thirsty mouth, per year.

While on a book tour up north with my former FOX News foil/current friend Ann Coulter for her latest tome In Trump We Trust, I hit some of the state’s suds dispensaries with my highly-fermented photographer/FOX LA reporter pal Lauren Sivan in tow. 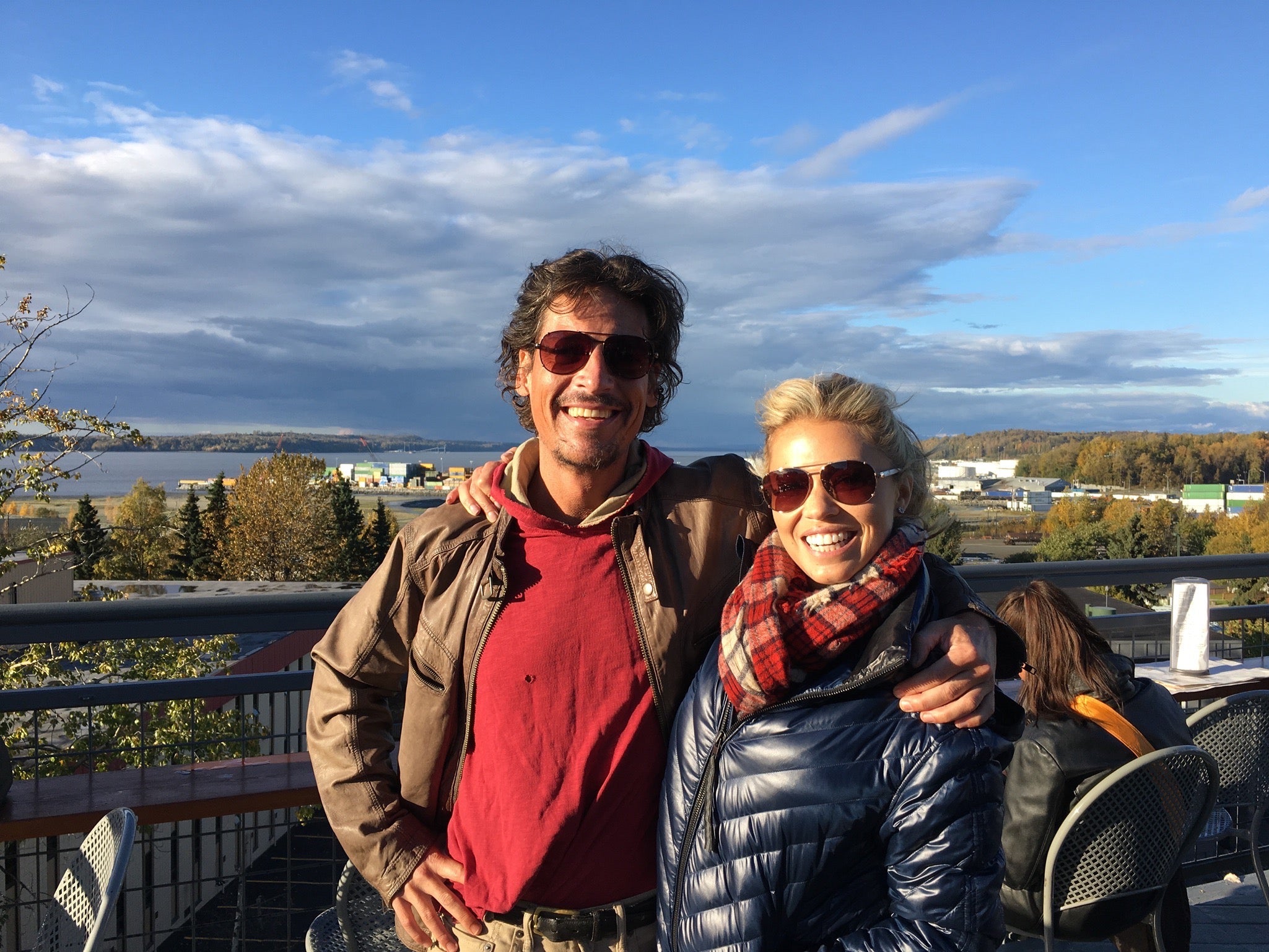 Here’s what we saw, and more notably, what we drank. 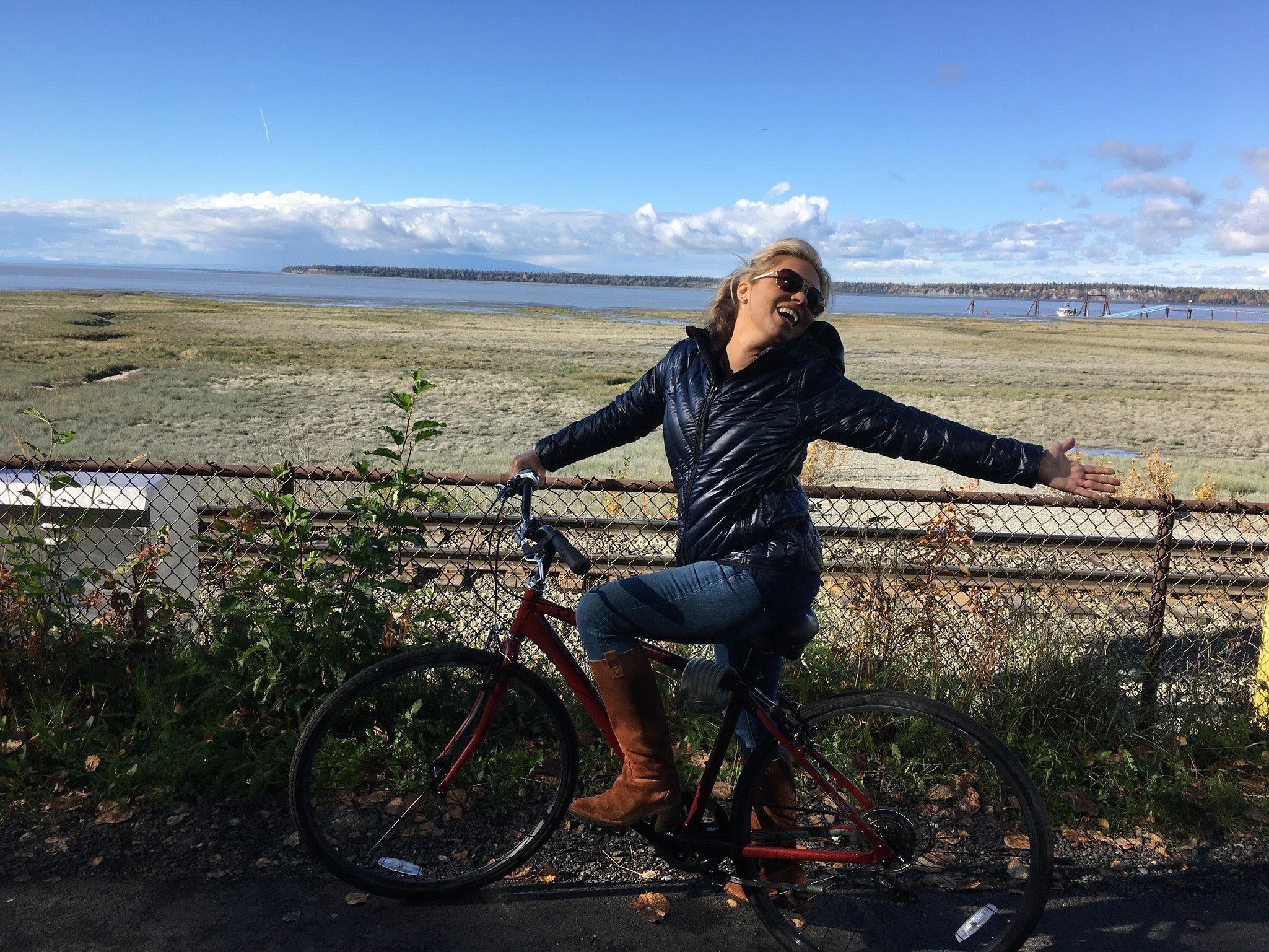 I don’t endorse drinking-while-cycling but when you’re cruising Anchorage's famed Coastal Trail? I don’t not endorse it either. Lauren and I loaded up our rental bikes with some local vino by way of the Bear Creek and Alaska Denali Wineries (while no grapes can grow in this climate--these brands make do by way of delicious stateside berries) and began peddling/gawking.

The 11 miles of present-to-prehistoric views begins on 2nd avenue and takes trekkers over rickety wooden bridges, past private airways full of barely flyable Cessnas, and on into Earthquake Park, (i.e. a 134-acre area where, in 1964, an entire neighborhood slid into the ocean during last century's most Richter Scale breaking, North American-based, Teutonic plate shifter). The scenery was so spectacular I almost wept into my wine-soaked windbreaker.

“If you ask most brewers what makes the difference here, many say it’s the water,” said Visit Anchorage Content Development Manager, Jack Bonney. “Anchorage city tap water is coming off a glacial lake, so it’s an exceptional ingredient with which to start.”

The highlight of our already super intoxicating trip was our dome seats upon the McKinley Explorer. The visuals alone made me believe God gets drunk on the details. Speaking of drunk, while we slowly ambled across the 918-foot Hurricane Gulch trestle, 296 feet above a creek below, I consumed enough Kenai River Scottish Ale to disembowel William Wallace, but the real gem was a murderously good Bloody Moose Mary. And I do mean murderously good. 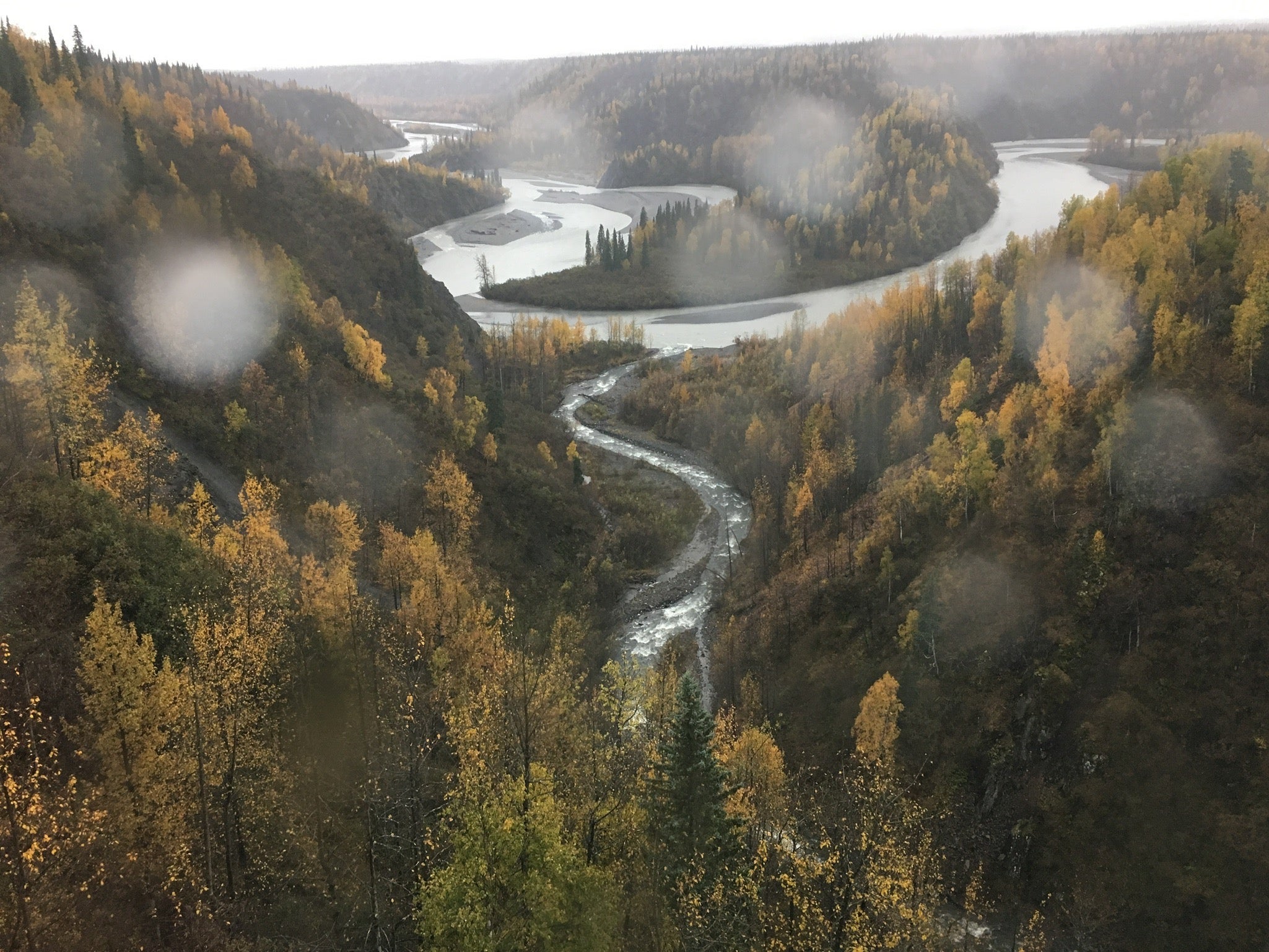 Upon arriving at the awe-inspiring artist-formerly-known-as-Mt.-McKinley we immediately fumbled our way to the infamous 49th State Brewing Company. Located a couple miles from Denali's kinda-town (the tavern offers free shuttles for the DUI-averse), this backwoods behemoth of a bar’s cacophony of craft ale (I normally don't like the sweet tasting stouts, but their Seward's Folly was so good I brought an oil can back to our hotel, much to the chagrin of a sleepy Sivan who hates my beer-induced snoring), a suitable-for-summer-concert beer garden and adjacent campgrounds that all serve to make this diamond-in-the-rough quite simply one of the best watering holes our watery eyes have ever watered.

Bonus: They’ve got the bus director Sean Penn used in the book-turned-film Into The Wild which detailed the odd life of Christopher McCandless (played by Emile Hirsch.) The prop used for McCandless’ abandoned-bus home is parked right outside. 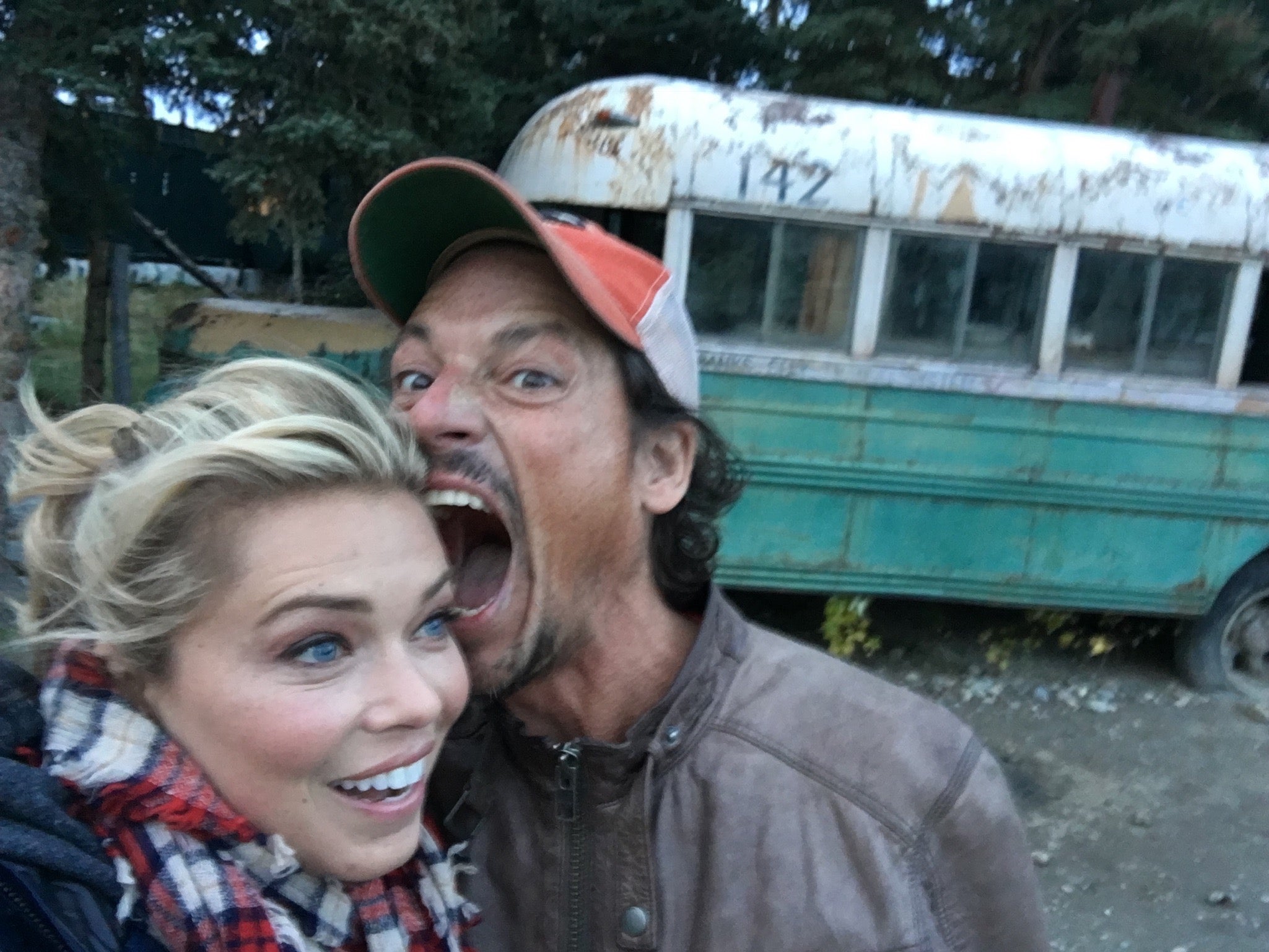 "The only way to see our terrain is from a local’s privately owned plane" is Alaska’s constant refrain. (I rhymed it up a bit, but they really do all say that.) Our awesome Anchorage Trolley Tour guide informed us that “not only does our state have the most licensed pilots in America, but it also has the most unlicensed pilots in America.” With that un-encouraging caveat in mind, everyone did speak glowingly of the “flightseeing” aces that run K2 Aviation. We were told not to miss it. Then we occupied/got-bombed-at the awesome Club Paris and…missed it. 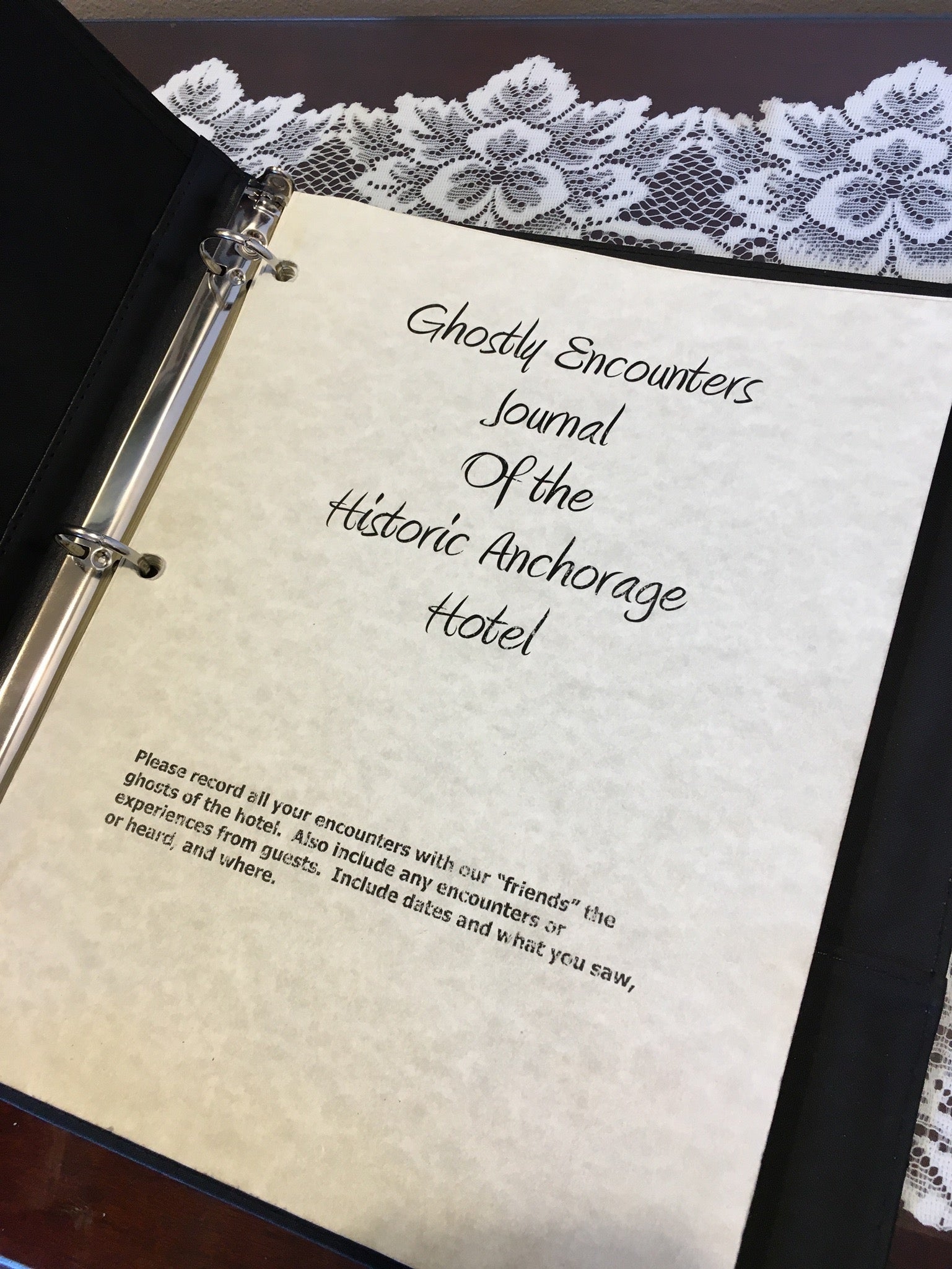 Lauren and I spent our final, sexless (curse you, Friend Zone!) night at the Deadwood-meets-The-Shining Anchorage Hotel where instead of licking our wounds, surveying our damaged belongings, nor taking stock of our situation, we sat by a dim light and shrieked over every odd noise we heard. Established in 1916, this seemingly beatific boarding house is considered to be one of the most haunted places in the state. Sadly (for me) and happily (for Sivan) we didn’t see a single specter.

But after a long visit to Captain Cook's Crow's Nest and some of the local offerings from its 10,000-bottle wine cellar, we got a brief and spectacular glimpse of Heaven.

See ya again soon, Alaska, when, hopefully, the legal weed outpaces the state's pilot count, so we can fully appreciate the scenery from every great height. 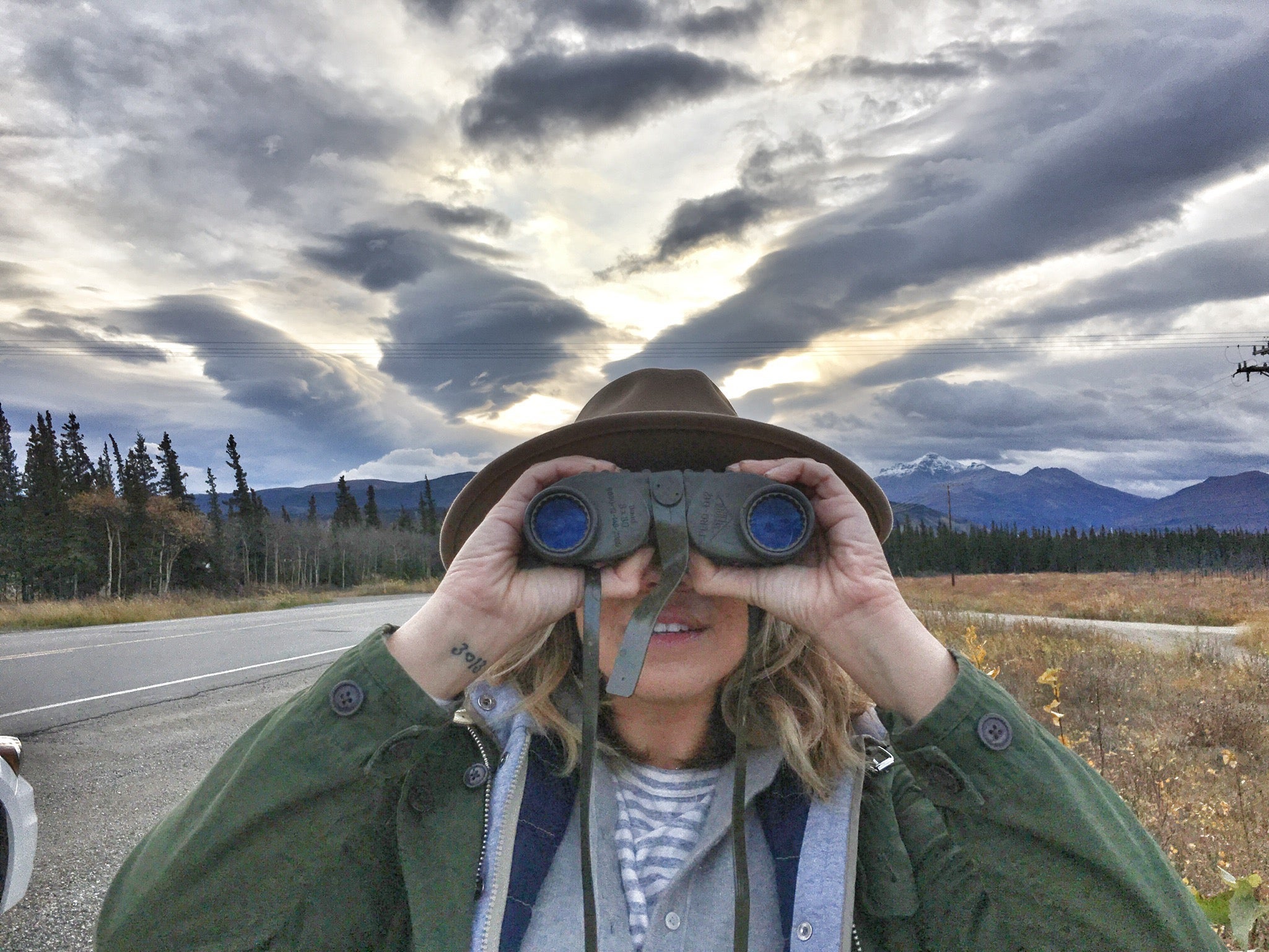 The 8 Best Strains for Evening Workouts

Cannabis Anatomy 101: What Are Cannabis Calyxes?

Ask a Budtender: What's the Best Way to Get High?

The Worst Marijuana Strains of All Time