He Broke His Neck Surfing. Now He Runs a CBD Company.

When Mike Hannegan broke his neck, doctors wanted to pump him full of opioids. He had other plans.
Next Article

Mike Hannegan has surfed all over the world and seen his share of wild waves. But tragedy struck in 2014 when he encountered a giant swell in Newport Beach, California.

"I took off on a big wave and then my nose dove down," he says. "I thought I was diving through the back of the wave, and I just hit my head right on the bottom of the sandbar. I broke my C4, C5, C6, and cracked my brain stem." 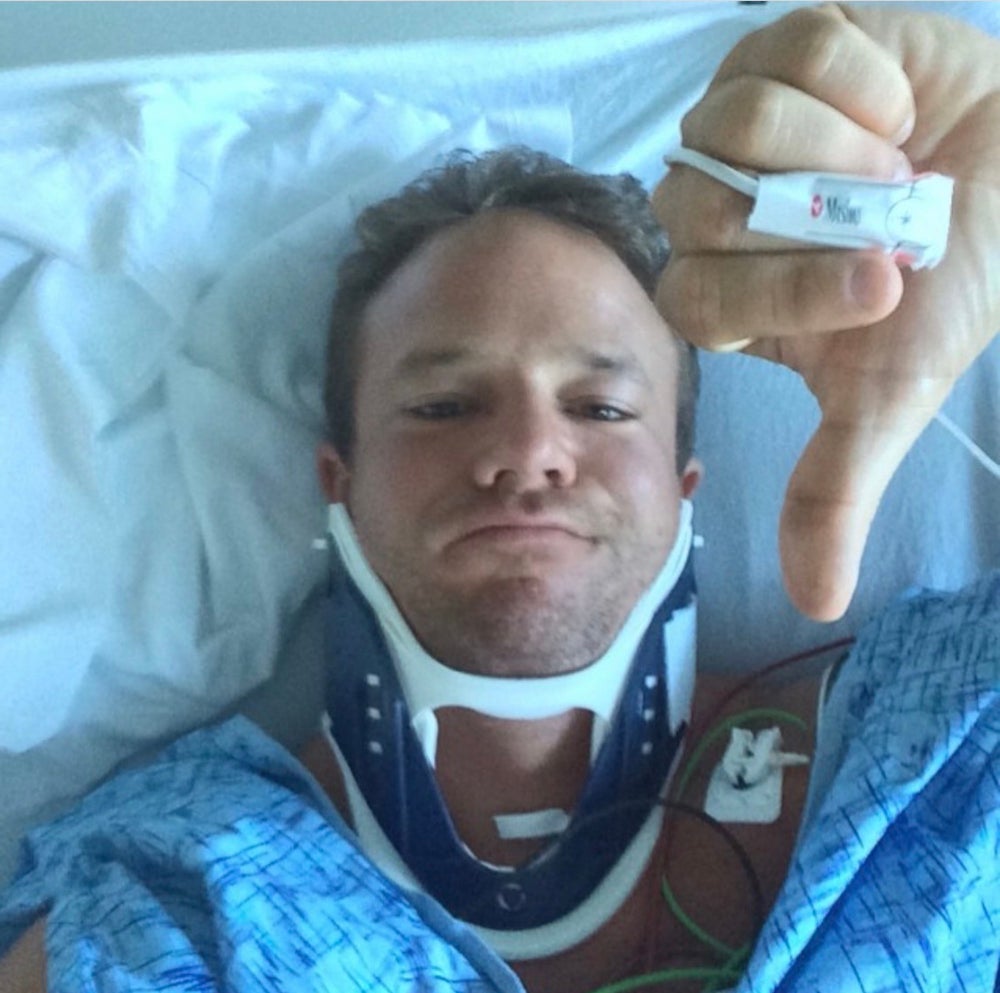 Doctors wanted to operate immediately, but Hannegan refused. "This happened over Fourth of July weekend," he says. "I figured if I were a doctor, I wouldn't want to be working on 4th of July weekend. I just assumed that it was the C-team. Why would I want to do crazy spine surgery with someone who is not the best doctor?"

CBD to the rescue

Although his doctor prescribed opioids, Hannegan soon realized they weren't for him. After a difficult time quitting opioids cold turkey, he looked for alternative pain relief. That's when he discovered CBD.

Says Hannegan, "I researched and tried so many different types of CBD and realized there are lots of different variances on the market;  some products are very good, and some aren't, so you really need to pay attention to what type of CBD you're taking, how much you're taking, and what their certificate of analysis is. There's a lot of phony CBD products out there. I wanted to make a good, strong product that customers could count on."

Getting into the business

Hannegan had come across a CBD product called Elixicure that helped with the pain. It was manufactured locally in the City of Santa Ana. So he went to the manufacturing facility to meet with them. They were impressed by Hannegan, who has a successful digital marketing background. "We immediately started to talk about forming a partnership and building more brands and working together," he says. "We're going to be launching tinctures, creams and skin care products."

In March of 2019, Hannegan launched Everything Hemp USA,  an online CBD market and storefront in Garden Grove, California. The store sells a selection of carefully curated CBD products.

Related: 5 Ways Hemp Is a Boon for Health

The process of launching a store hasn't been easy. For one, many cities in the state won't allow you to sell hemp-based CBD, even though it's legal. "The local governments are still under the impression that CDB and THC are the same things," Hannegan says. "You have to educate them."

The power of influencers

Marketing has also required a learning curve. "You can't use traditional pay-per-click or buy Facebook and Instagram ads because cannabis is still federally illegal. So you have to think outside the box," Hannegan explains.

His solution? Work with a handful of key influencers to get their name out there. Hannegan is targeting different verticals for different products. For example, he's worked with professional surfers and snowboarders. "We are piloting a program to become first CBD brand/company on the approved product list for professional sport," he says.

Hannegan also has his sites on beauty influencers for his skincare line, and mom bloggers who used CBD for insomnia and stress.

"Ultimately we want to be the GNC of CBD," he says.  "We feel this will give customers and patients a marketplace where they can purchase quality and trusted brands that have already been, researched, vetted, and approved."

How to Grow a Successful CBD Business in 2021

What Are the Benefits of CBD Bath Bombs?

How CBD Products Work to Improve Your Health

Why It's Not Too Late to Tap into the CBD Market