Marshmallow Madness: Inside the Creation of These Cannabis-Infused Treats

Back in 2008, Stephanie Hua had a popular food blog called "Lick My Spoon," which showcased mouth-watering photos and recipes of such delicacies at "Playa Jambalaya" and "Unicorn Poop." But of the hundreds of recipes she posted, nary a one included cannabis.

Jump to 2015. Hua had just graduated from culinary school, while her husband was busy co-founding a cannabis software company in the Bay Area. During their frequent visits to pot shops, Hua became frustrated by the confection offerings.

"As someone who has a lower tolerance for edibles, it was really difficult for me to find a product that I could consume," she says. "I was a 5-milligram kind of gal." Although she would try to self-dose by cutting various cookies and brownies into small pieces, "it was a crapshoot as to whether or not I was getting the actual 5-milligram dosage," Hua says.

Related: Edibles Are Gobbling Up the Cannabis Market

It was during this time that she had her lightbulb moment. Why not blend her passion for cooking with her growing interest and expertise in cannabis? "I really wanted to produce something that you could consume in its entirety. Something that, if you did have a higher tolerance, you could easily have more than one piece of without going overboard," says Hua. 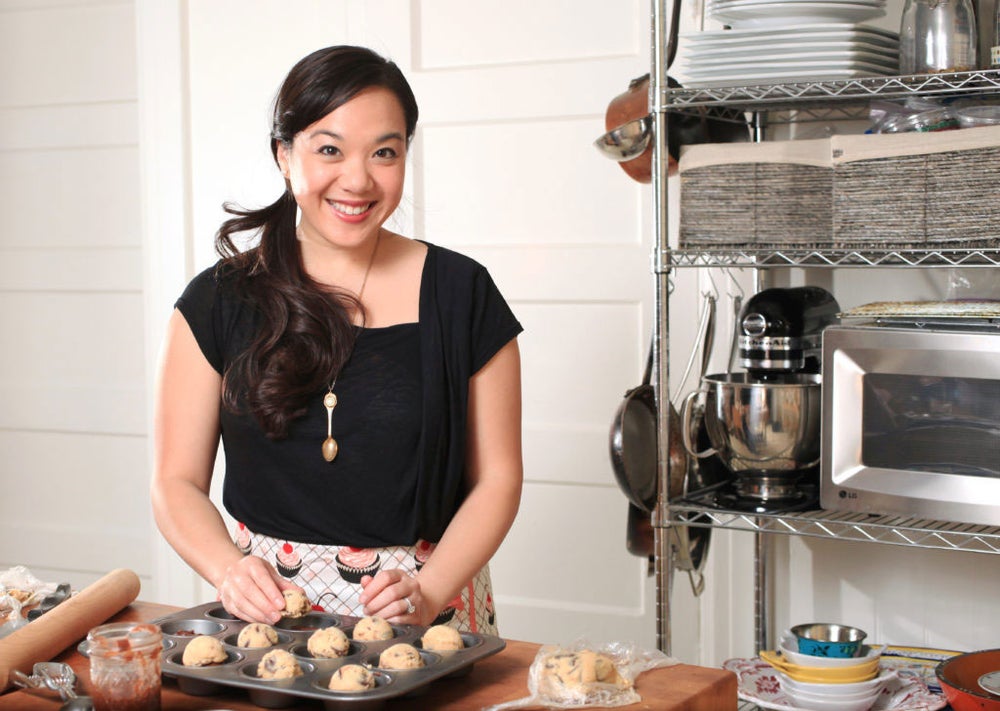 This is the inside story of how Mellows was born.

Bake it till you make it

Like many great recipes, it began in the kitchen with lots of trial and error. Hua started tinkering with edible recipes to solve her dosing problem. Her first concoction was a gourmet cereal bar, but it didn't blow her away.

"I was thinking about ways I could elevate the flavor profile of it, and I was like I could make my own marshmallow base," she recalls. Then I thought, Wait a second, I can just make marshmallows."

The compact size of marshmallows made it easier to control the dosage. No need to worry about splitting it or cutting it up into teeny tiny pieces. Plus, who didn't like marshmallows?

Once Hua settled on marshmallows, she needed something to set them apart. Anyone could infuse marshmallows with cannabis. Hers needed to have signature flavors.

She says, "I went through maybe two dozen different flavors, making them all non-medicated to start and then I would infuse them."

Hua settled on eight flavors most sweet and some savory. Because marshmallows make people think of their childhood, she went with "nostalgic fun flavors" such as birthday cake and strawberry shortcake.

But, living in the food-forward Bay Area, Hua also wanted to create flavors that "ride that edge of culinary creativity." One of their most popular items is Brown Butter Sage.

Get the dosage right

"The holy grail for edibles is how do you hit that really consistent dosage," Hua explains. Consumers don't want surprises. They want to be confident that they can replicate the same experience over and over again.

For Hua, whose marshmallows are all hand-crafted, this meant learning how do you make sure that that that cannabis infusion is thoroughly mixed and evenly mixed. Each Mellow contains precisely, you guessed it, 5 milligrams of sativa.

Related: Why Do Edibles Make You So Darn High?

Do a little R&D

To test out her concoctions at first, Hua would bring her Mellows everywhere she went. "You literally could not invite me to any social gathering without having me show up with a box of marshmallows for people to try. I got a lot of invites," she says.

Being a chef, Hua knows great taste can only get you so far. The product's presentation is equally as important.

"We eat with our eyes first," Hua says. "It has to look beautiful before you want to take it home."

For this reason, Mellows come in pretty boxes reminiscent of boxes of chocolate. "Here is this chocolate truffle-serving size treat that you can either enjoy as an entire piece or present in a beautiful gift box and bring it to a dinner party," Hua says.

Hua caught a big break when a publicist she knew recommended her to write an edibles cookbook for a major publishing company. The book is a marketing dream. It features a marshmallow on its cover and can be found in major chains such as Target. It's also a writing dream.

"I was so excited to write it because it was just full circle to get back to my food writing roots," Hua says. "I just never expected that cannabis would bring that back into my life."