Meet the Working Mothers of Cannabis

In honor of Mother's Day, Green Entrepreneur takes a look at some of the working mothers building the cannabis industry.

By William Sumner May 12, 2019
Opinions expressed by Entrepreneur contributors are their own.

Raising a family is never easy, especially when you’re an entrepreneur trying to launch a business. Not only do you have to worry about providing for your family financially, but there’s also the struggle of trying to balance your work life with the emotional needs of your family.

In honor of Mother’s Day, Green Entrepreneur talked with three of the countless working mothers of the cannabis industry to learn how they manage to make it all work. 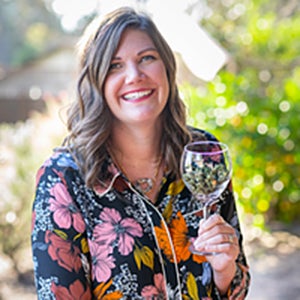 Erin Gore is a mother of one and the founder and CEO of Garden Society, a cannabis wellness brand for women. Gore, educated as a chemical engineer, spent much of her career in the corporate world working for the consumer goods manufacturer Henkel in a management position.

However, despite the trappings of success, Gore wanted more for her life. Not only did Gore feel unfulfilled in her job, but it also consumed much of her time and made it difficult to start a family.

“I had a really great corporate career,” recalls Gore, “but under the surface I was unhappy.”

Frustrated with her lack of fulfillment, she decided to take a leap of faith and start her own cannabis brand. For Gore, starting her own business had less to do with finding financial success and more with building something that valued her as a wife, a mother, and (most importantly) a woman.

Although starting a business and starting a family may seem like two opposing goals, for Gore, the opposite is true. Because she owns her own business, Gore is able to spend her mornings with her 19-month old son before heading into the office; a luxury not afforded to many working corporate jobs.

However, while entrepreneurship affords a certain degree of flexibility, there are times when sacrifices must be made, as when Gore recalls an incident where she had to cancel an important meeting because of a family emergency.

“I once had an investor flying in to see our facilities and my son had an allergic reaction to amoxicillin. My husband was out of town, so I had to call that investor and tell them ‘I’m sorry, I can’t meet with you, I have to take my son to the doctor.”

Fortunately, the investor, who also happened to be a mother, was understanding, but Gore says that these are the kinds of choices that entrepreneurs have to make.

One of the ways that Gore has been able to balance her work and her family life is by seeking out those and surrounding herself with those that have similar values and life experiences, a sentiment shared by Beth Stavola, the Board Director and Chief Strategy Officer for iAnthus Capital Holdings Inc. (CSE: IAN).

Related: The Canna-pocalypse of Small Brands Is Upon Us - But All Is Not Lost 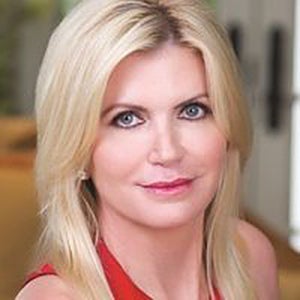 Beth Stavola is a mother of six, with five girls and one boy ranging between the ages of 22 and 11. She first got her start in cannabis in 2012, when she was approached by a deal broker to invest $1 million as a silent investor and was forced to take a hands-on role when her business partner proved to be unreliable.

Stavola then acquired licenses in Arizona and Nevada; building up the brands the Health For Life and MPX Bioceuticals. Her company was acquired in 2017 for $25 million, and she became the COO of MPX. The company was later acquired by iAnthus, upon which she was appointed to her new position as Board Director and Chief Strategy Officer.

“I’ve been known to rock a baby for one of my employees during a conference call or to run out of the office to pick someone’s kid up,” Stavola says. “Everyone goes the extra mile when they feel they’re taken care and that their family is being taken care of.”

Sometimes, however, it can be difficult to make family time with a heavy work schedule. That is why Stavola always makes it a point to have at least one family meal on Sunday night, regardless of how disparate their schedules may be.

“Sunday dinner is always a must at my house,” Stavola says with a chuckle. “No one is allowed to have an excuse for Sunday dinner.”

For working mothers hoping to make it in the cannabis industry, Stavola suggests surrounding yourself with good people and doing your best to take care of them. One entrepreneur that does just that is Liesl Bernard, the founder and CEO of Cannabizteam, an executive search and staffing company for the cannabis industry.

Related: The Cannabis M&A Boom Is Looking Like the Dot.com Boom. Here's How to Avoid the Bust. 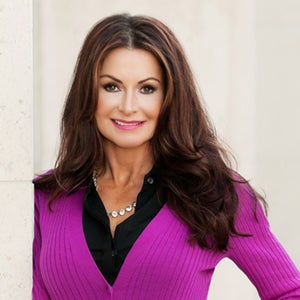 Bernard is a mother to two sons, one 15 and the other 18. Because of their age, it can sometimes be difficult for her to sync up her schedule with theirs, which is why Bernard makes it a point to see sons off to school in the morning.

“I said ‘if I don’t do it now, someone else will,’” Bernard recalls. “So I took all my savings as a single mom and started Cannabizteam.”

As an entrepreneur, Bernard greatly values the freedom that her job affords, and she does her best to provide that same freedom to her employees. At Cannabizteam, employees can work from 9 A.M. to 3 P.M. in the office and from home in the afternoon if they want to.

According to Bernard, working in the cannabis industry is particularly attractive to women because it is not quite as rigid as other corporate jobs. “I think the cannabis industry, in particular, has a lot of benefits for women entering the space because, there’s a lot of creativity that goes into it,” Bernard says. “It’s also not as structured as some of the other industries that are out there.”

Related: We Have a Problem: The Cannabis Industry Is Losing Women Leaders

Being a mother is hard, especially when you’re an entrepreneur, but that does not mean success is impossible. Although the cannabis industry might not be perfect, Gore believes that its relatively young age helps make it easier for mothers and women in general, to have a higher degree of control over their destinies.

“The beautiful thing about the cannabis industry,” says Gore “is that it is in its infancy and so you can create the future you want. It’s not as limiting as other industries.”

William Sumner is a writer for the cannabis industry who hales from Panama City, Florida. Sumner covers cannabis legislation and business. His writing has appeared in publications such as Green Market Report, Civilized and MJINews. You can follow William on Twitter: @W_Sumner.

How to Plan Your Day to Maximize Your Productivity