Plena Global | Brand Spotlight Partner What is this?

Forget California. This Place is Key to Large-Scale Growth in Cannabis.

An interview with Mauricio Krausz, Plena Global in Colombia, and Rafael Canovas, Plena Global Peru, on the growth potential of Latin America.

With the world looking toward the legalization and growing efforts taking place in North America, another market in Latin America has emerged. As global demand for high-quality medical cannabis continues to rise, the potential of Latin America cannot be ignored. Plena Global, a medical cannabis production company, has proven to be a global forerunner in recognizing the immense possibility of Latin America as the solution for large-scale growth.

The potential of the Latin American region goes beyond its ideal climate and low production costs. Mauricio Krausz, Head of Partnerships and Governance at Plena Global, identifies the real advantage as “coming from the way these jurisdictions are enacting their laws.”

“Colombia was in the forefront of this legalization,” says Krausz, who founded Plena Global subsidiary, Econnabis SAS. “Their framework is extremely complete and well done. Other countries are designing their regulations from these set of laws, providing a uniform commercial opportunity for the whole region.”

Since Uruguay legalized cannabis in 2013, the Latin American market has been quickly expanding. “Latin America is running at full speed legalizing medicinal cannabis. Most countries either already have a law or are in the verge of approving one,” says Rafael Canovas, Director Government Affairs & Partnerships in South America at Plena Global, adding that “the race is on and all Latin American governments know it.”

Canovas identifies the common language, religious beliefs, and cultural customs across Latin America as benefits for having a standard regulatory framework. “For most of the countries, Uruguay opened the doors to this industry, but Colombia’s cannabis laws have served as an example for other governments when drafting their own regulations. To this you must add supranational agreements such as Mercosur, CAN and Alianza del Pacifico which further seek to unite Latin American countries and will serve as a commerce backdrop for the cannabis industry. Latin America is well poised to lead the way as a global producer for medicinal cannabis and it’s just a matter of time to show this.” 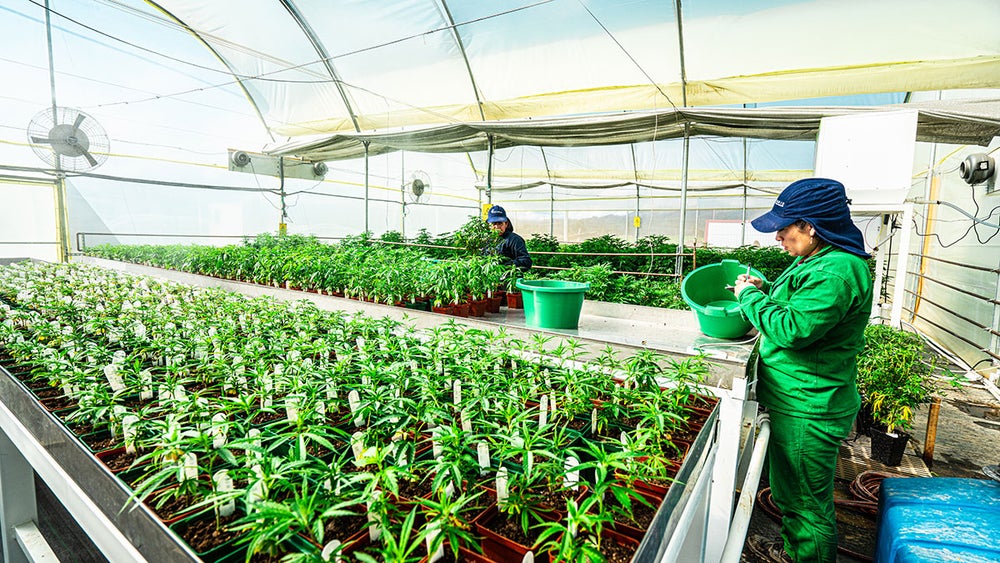 Peru is the most recent country to see the economic potential that cannabis production will bring, while simultaneously helping the population in need. Canovas has been hard at work in Peru advocating for a legal framework. In late February of this year, Peru approved regulations for medical cannabis marking what Canovas recognizes as a “very important day for the Peruvian agricultural and pharmaceutical businesses; the beginning of a new industry, medicinal cannabis.”

“Considered as one of the most important farming jurisdictions in the world, Peru is looking into this sector with big eyes. Thousands of hectares could assist this flourishing business. With an ideal climate, experienced labor and effective logistical support, this country could become a mega power in the production of cannabis,” said Canovas.

Aware of this potential, Plena Global has already opened a subsidiary. With all working permits and licenses on the way and with a recently signed a Letter of Intent to acquire a 26 million-square-foot certified organic farm in Peru, Plena Global is emerging a leader in the development of this industry by assisting stakeholders and partnering with key players.

“Rural communities in Colombia were affected strongly with the civil war in the country. Illegal drug and mining operations in areas where the state had little to no presence, obligated communities into the servitude of these outlaws. This nascent industry is the opportunity to change their reality by legalizing the illegal cannabis crops, substituting other illegal crops with legal cannabis ones, and organizing a productive chain for these communities around a crop with a much bigger margin than most. By doing this, Plena Global seeks to empower and create value in these regions, guaranteeing integral and dynamic environmental, social and economic change,” says Krausz.

Get Lost In the Country's First Hemp Maze