By Troy Dayton and Roy Bingham July 22, 2019
Opinions expressed by Entrepreneur contributors are their own.

Figuring out where the cannabis industry is heading next is no easy task. The industry is filled with a seemingly daily deluge of noise and breaking news. But there are a handful of trends and events you should keep an eye on. Arcview Market Research in partnership with BDS Analytics has discovered key data points that reveal some of the big industry levers shaping things to come.

Second, hemp (the cannabis plant high in CBD and low in THC) was legalized for commercial production across the U.S.

Related: What Does the New Farm Bill Mean For Legal Cannabis?

Pharmaceutical companies have since unleashed numerous studies and clinical trials -- racing to isolate treatments for a diversity of diseases - from cancer to sleep disorders. And, due to less government restrictions placed on CBD, cannabis dispensaries no longer hold domain over the sale of cannabis products.

Over time, fortune 500 companies will stampede into the CBD market. In many U.S. markets, general retail stores are now free to stock hemp-based products. And as creams, craft beer, and other CBD infused products make their way onto grocery store shelves in growing numbers, licensed dispensaries will be pushed to stay competitive.

Just how big is the U.S. CBD market expected to get?

This is a 49 percent compound annual growth rate forecast for cannabis and hemp-derived CBD products.

2. Eased regulations will be a catalyst for the cannabis market.

Fear of federal prosecution, the inability to easily use every-day banking services (including depositing money), and little clarity around CBD as a food additive, has been deadweights for the U.S cannabis industry. However, two ground-breaking pieces of legislation are working their way through the legislative labyrinth that should remedy these problems.

First is an amendment to the STATES Act that will exempt the state's legal activities from the Controlled Substances Act (which classifies cannabis as a Schedule 1 substance). The STATES Act would effectively ease federal cannabis prohibition by ceding the regulation of cannabis to the state level. Secondly, the SAFE Banking Act -- which would allow federally chartered banks the ability to accept money from state-legal cannabis businesses.

On the CBD front, the FDA is under pressure to regulate and confirm the rules of the game. Once these guidelines are announced, they are likely to be the trigger for mass adoption of CBD.

3. Canada is still a significant player, but there are clouds on the horizon.

Canada’s historic legalization of adult-use cannabis last year quickly spawned the world’s largest cannabis companies. Our research indicates that by 2024, the Canadian adult-use market will expand to almost $4.8 billion from $113.5 million (in the partial year of 2018).

In the short term, limitations on distribution and the marketing of edibles and concentrates are likely to hamper growth. However, regulations are expected to ease in October. But it will take suppliers several months, maybe even years, to catch up with the product selection and branding strategies, which are the chief drivers of U.S. market growth.

The success of the continued retail roll-out and the federal election in October could potentially dampen the Canadian growth story. Should the liberals be ousted at the polling booths, a change in government policy may curtail the growth trajectory.

4. Other countries will get in the game.

The global expansion of medical cannabis is attracting investor attention. Our research shows that the international markets’ contribution to global legal sales will rise from 4.7 percent to 13.2 percent between 2018 and 2024. That's a not inconsequential 33 percent compound annual growth rate through the period.

Reforms in Asia and Africa are also afoot. Patients in South Korea and Thailand will gain access to medical cannabis treatments -- albeit highly restricted. And Lesotho, South Africa, Zambia, and Zimbabwe are all in various stages of program development.

But, as a consequence of the opening up of these markets, there may be a shift in the migration of production to regions like Africa and Latin America. Canadian LPs could be left with stranded assets. 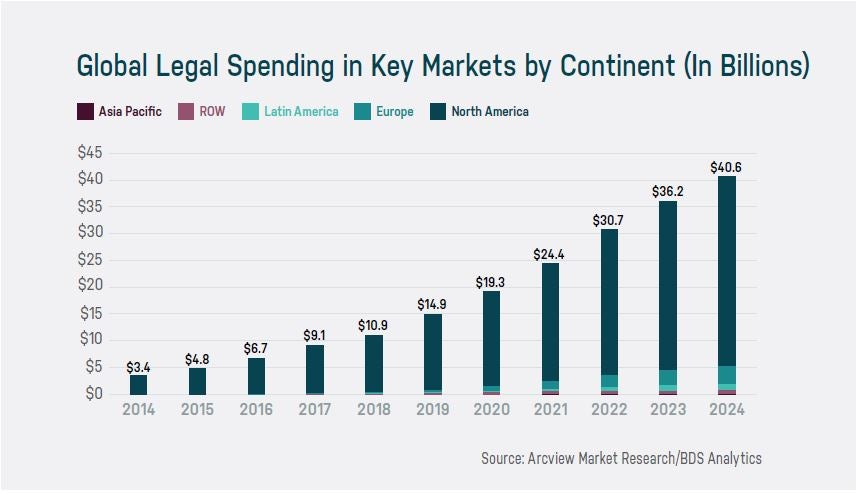 5. Money will flow to M&As, as companies specialize and rationalize operations.

In two short years, an industry starved for funding is now seeing billion-dollar deals. But the availability of money is becoming less significant. Now it’s about how it will be spent.

Vertically integrated companies are buying out other operations for scale, and the start of a trend towards diversification and specialization is underway.

Over the medium term, a second wave of M&A to ‘rationalize assets’ (i.e. match a firm's investment in various types of assets to its projected requirements, for achieving optimum ROI) may follow. Companies in maturing industries usually work out what they are best at and divest operations to those better suited to operate these.

Once federal prohibition ends, it’s also no stretch to imagine the mainstream industry giants stepping in and buying out cannabis companies. Courageous entrepreneurs will be richly rewarded for having built attractive take-out targets.