How to Start a Cannabis Business On a Budget

So you've got a big idea (genius, of course) but little money to play with. What's the first step? These scrappy entrepreneurs have some advice.
Next Article
Jeff Miller
Magazine Contributor
August 13, 2019 10 min read

From the outside, it looks like the race to get into the cannabis space is available only to people with enough capital to pay cash for a five-bedroom home. But in reality, there are a ton of thriving businesses in all segments of the cannabis market that started with a great idea and just a piggy bank of savings. Here are three companies that bootstrapped their way to success from an initial investment of $5,000 or less -- in fact, way less -- plus advice from the founders on how you can do it, too.

What they did with it: Bought equipment and materials.

Their origin story: Dennant was working in the denim world, and her longtime friend Cona was in cultivation; the duo were dabbling with consuming edibles but disappointed that they couldn’t find products that fit their healthy lifestyle. So, after buying cooking equipment, they started experimenting in their kitchens, making concoctions from the organic ingredients they liked to eat. Once they nailed their first batch of Fruit Slabs, they sold them to friends and family, and reinvested the money into their second batch. Since founding the company in 2015, Dennant and Cona have continued the same bootstrapping strategy, without taking any outside investment money. And it has worked. The product is in 65 stores in Cali and will expand to Washington soon.

RELATED: 9 Business Ideas for People Looking to Cash in on the Marijuana Boom

The biggest hurdle: Trying to upsell a new product when they launched. Fruit Slabs’ organic ingredients make it more expensive than most edibles -- and therefore more expensive to sell, even wholesale. “In 2015, it was a very raw industry,” Dennant says. “You could walk in [to a dispensary] with a Rice Krispies treat you made in your own home that was wrapped in cellophane…and get five dollars out the door.” But the price of Fruit Slabs? “People would look at me like I had 10 heads.” Today expectations have really changed, she says. “A lot of shops won’t even take an edible if it doesn’t have some type of vegan, gluten-free, or kosher dietary specification -- because people are shopping in that manner.”

And the best lesson learned: When a business is starting out, says Dennant, “you can’t make that $2,000 packaging and screw up, and be like, ‘Oh, it’s [only] $2,000.’ It’s like: ‘Two thousand dollars -- how are we going to recover from that?’” After facing a few such setbacks due to bad partners, she and Cona realized that vetting whom you work with is critical. That’s true even as the industry becomes more regulated. “Whether you’re working with a license partner, a distribution partner, a packaging partner, or a co-manufacturing partner,” she says, “really learning what that partnership is going to bring you in the beginning, and getting term sheets written, setting deadlines for the people and not just the vendor you’re working with -- that’s been a big [lesson] along the way.” 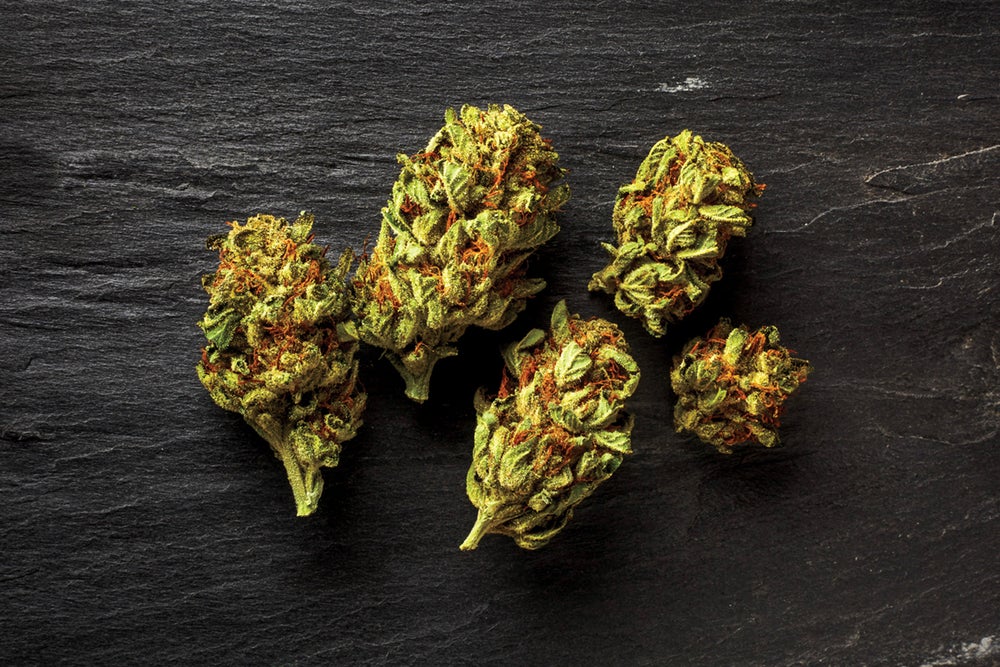 The founders: Plant People sells CBD tinctures, capsules, and salves made with cannabinoids and other beneficial herbs. “Our mission is to heal and connect people and the planet through the power of plants,” says Gabe Kennedy, who started the company with Hudson Gaines-Ross.

What they did with it: Developed their product and got it out the door.

Their origin story: Longtime friends Kennedy, a chef, and Gaines-Ross, a CPG entrepreneur, were on a hike when they started talking about something they had in common: back surgeries. They’d both been unhappy with the care they’d gotten from traditional Western medicine. Kennedy knew there were other options. He grew up with parents who are acupuncturists; his mother is also a Chinese herbalist, and his dad, a chiropractor. And he leveraged that knowledge to get Plant People’s initial inventory off the ground. “We began packing herbal capsules in our kitchens, used stickers as packaging labels, and gave product away to our friends and families to get feedback, learn, and iterate,” says Kennedy. “These grassroots efforts really worked out for us, as people responded well and started asking for more Plant People. We were overwhelmed by the demand.”

RELATED: Women Are Disappearing From the Cannabis Industry. Why?

The company launched in 2018. “I had a lot of experience building products from seed to sale, so we hit the ground running,” Kennedy says. “Hudson fortunately had a ton of experience building brands and has the networks that provide a voice for those brands. We tapped our friends at Juice Press, Bumble, Vice, Vogue, etc. [for help getting the word out].”

In addition, they decided that with every sale, they’d plant a tree to support their mission of saving the world through plants. “We hope to someday be responsible for planting more than 10 million trees,” says Kennedy. “We’re not too far off!”

The biggest hurdle: Product sourcing. “We don’t white-label anything,” Kennedy says, so being able to set up a really robust supply chain with partners operating with integrity was a challenge. He dealt with it by continuing to be curious and asking questions about everything from “how people are treating their employees to what their extracting methods look like and how they are capturing solvents,” he says. “We continually did research and didn’t say yes to the first people we came across.”

The other hurdle was payment processing. Like many startups in the industry, they had to get around the banks’ and financial firms’ reluctance to work with cannabis products. “We’ve had five credit card processors to date,” says Kennedy. “We’ve seen the worst -- 6 percent credit card fees, 10 percent rolling reserves, international declines -- and we’ve seen the best. We’re now with a standard processor that treats us as if we’re any other non-­cannabis brand. We couldn’t be more grateful. And we’re in talks with one of the largest banks in the world about taking over our credit card processing. We never thought we’d be in such conversations.”

And the best lesson learned: “To make decisions and move forward has been such great learning,” says Kennedy. “You make a decision, and you do your best -- it may not be the most perfect decision, but it’s better than not making one at all. What I really learned about bootstrapping is that it’s just putting one foot in front of the other, and oftentimes it’s two steps forward and one and a half steps back--but I have to keep stepping forward.” 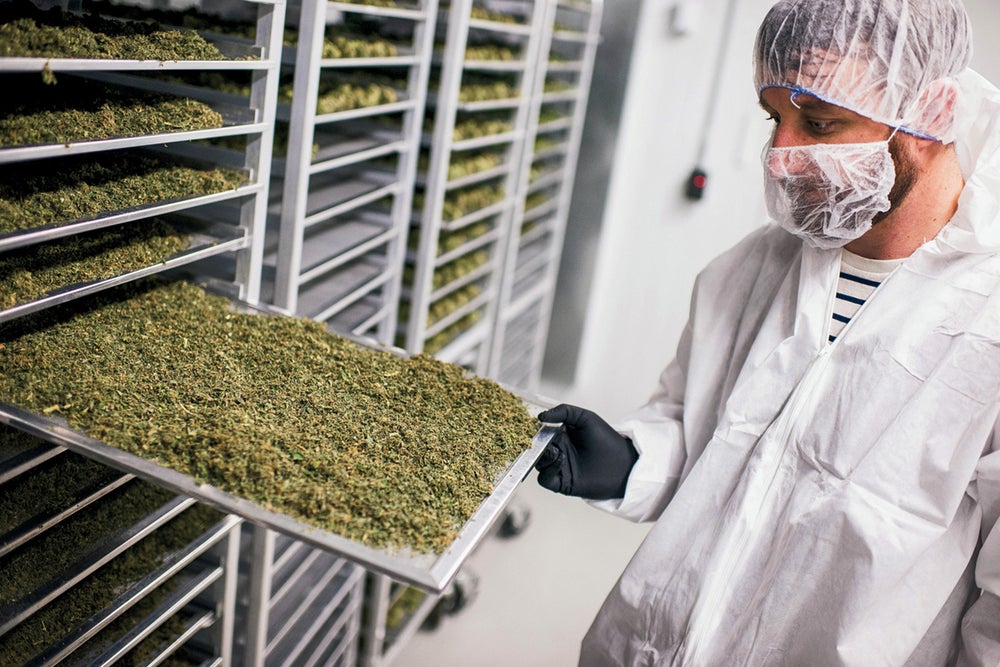 The founders: Peter Calfee and John Woodbine started Gofire with the goal of creating the perfect vaporizer -- one that delivers the exact dosage promised. But eventually, they grew the company to also include the Gofire Suite, a database of medical uses for cannabis broken down by the chemicals ingested, the time of day they should be consumed, and the dosage that’s most beneficial; the data can then be accessed by physicians to give patients.

What they did with it: Bribed a local college student to gain access to a 3-D printer at Calfee’s school, which they needed to create their prototype -- and then they used that to get a first round of funding.

Their origin story: In 2014, Woodbine, who’d dabbled in the music and food businesses before working at a dispensary, approached Calfee, who was doing IT and alternative medicine consulting work, and tried to talk him into building the perfect vaporizer. Initially, Calfee wasn’t interested. But he eventually changed his mind when he realized that there was a market for a more perfectly attuned vaporizer and that his background in the health field could be a perfect fit.

The biggest hurdle: Right after the company raised its first $25,000 in a friends-and-family round, Calfee nearly died in a car crash when the person driving had a seizure. “That was when John and I came together and said, ‘Listen: Whatever this takes, whatever we have to go through to build this, we will achieve this,’” Calfee says. After that, there was a fire under them to get it done.

The accident effectively put the project on hold. But it also led to Gofire’s second product. While recovering from a broken back, Calfee discovered that the opioids he was being prescribed didn’t help as much as the cannabis he was consuming, which is when the idea for the database took root. As soon as he could, Calfee worked on their next round; it took a year, but they got $750,000 to help them grow the business. This year, they’re finally bringing it to market with a beta launch that has garnered tens of thousands of reviews. “There’s no better reward than a patient telling us how we’ve helped to improve their life,” he says.

And the best lesson learned: “There are always going to be obstacles, but they’re just that,” says Calfee. “You’ve got to find a way around [them] -- if it’s a physical ailment, if you break your back, or the bottom’s falling out in the economy, or whatever the situation you’re up against. I believe being a true entrepreneur is not taking no for an answer, and not being able to give up.”

Also this: Treat your team like your peers. “We have 25 employees,” Calfee says, “and we all own stock in the company.” Unsurprisingly, that gives each of them a drive Calfee couldn’t have necessarily found in salary-only employees. When Calfee calls for a possible meet-up in the office on a Sunday afternoon, often the reply is “‘Oh, I’m already here,’” he says. “You can’t buy that.”

Level of Impairment After Smoking Weed Is Hard to Measure

The Emergence of Cannabis as Luxury