Kevin Murphy won big when he agreed to sell his cannabis company, Acreage Holdings, for billions. But he says there's still plenty of opportunity.
Next Article Add to Queue

This story appears in the September 2019 issue of Entrepreneur. Subscribe »

The average cannabis consumer may not have heard of Kevin Murphy, but they’ve surely seen the headlines he’s made as the CEO of Acreage Holdings, the largest vertically integrated, multistate cannabis company in America. Last year, he got former House Speaker John Boehner to join his board of directors -- despite Boehner’s having claimed to be “unalterably opposed to the legalization of marijuana.” Then Murphy’s company produced a cannabis Super Bowl ad; when CBS rejected it (to nobody’s surprise), Acreage spun the moment into PR gold. And in April, Murphy made headlines again when he sold Acreage to Canopy Growth for $3.4 billion.

It’s been a great run for this former Wall Street investor, who first got involved in cannabis in Maine eight years ago. Acreage’s portfolio includes cultivation, processing, and dispensaries -- but despite now being one of the industry’s major players, he believes there’s still plenty of room for small businesses with big ideas.

Related: The Recruitment Platform Gradujuana Was Failing... Until It Changed Its Name to Vangst

You made a good deal of money on Wall Street. Why get into the cannabis business?

One important investment principle I learned early on: Do what everyone else is not doing and be right. In 2011, not many people were involved with cannabis, and to be honest, I was a little cynical at first. I was very comfortable with Chardonnay and Cabernet, but cannabis wasn’t my thing. But I learned two things. One, the operating leverage in the business was quite dramatic, and two, there was medicinal value in the plant. I was quite taken by all the different ailments cannabis can deal with. Being a financier on Wall Street was economically prosperous, but there’s been no greater joy than being able to help people help themselves with cannabis.

You guessed right about cannabis in 2011. Was that an educated guess, instinct, or a little bit of both?

I thought, How many cannabis users in this world want to have legal, regulated access to the space? Couple that with the first state east of the Mississippi that’s getting involved [Maine], and I’m thinking, If this state gets it right, every other state will try to get it right, and that’ll give me a first-mover advantage. I saw that as the macro trend -- social buy-in for cannabis. Now, did I ever think 95 percent of the country would believe cannabis should be available for medical use, and 66 percent would believe it should be available for adult use? Never. 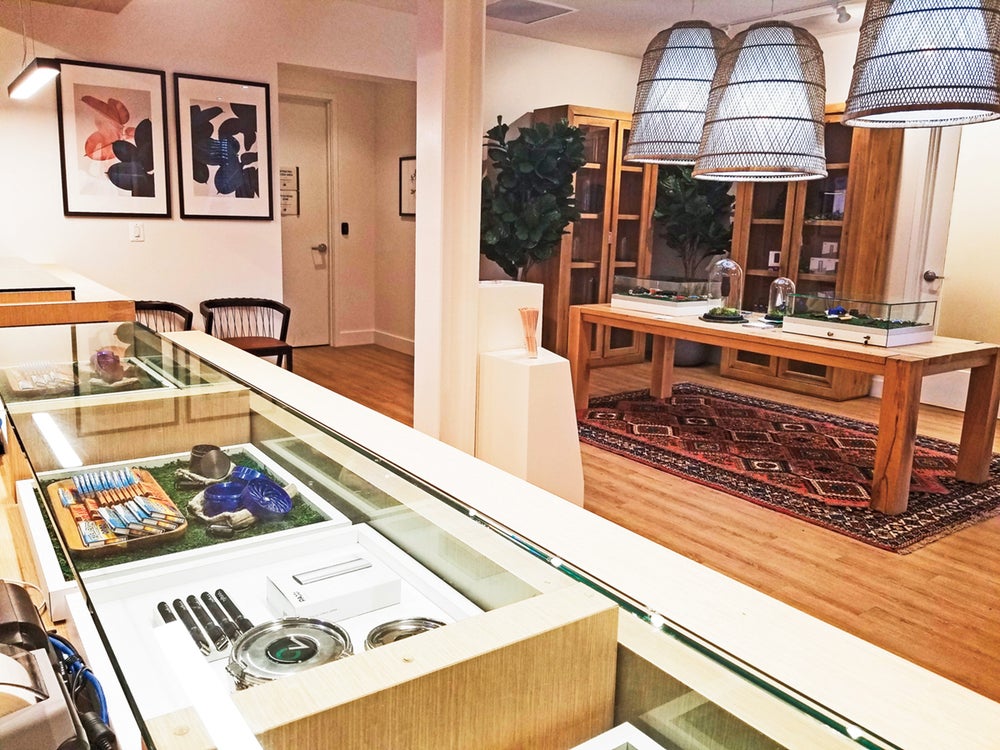 There’s a lot of fear in the cannabis world that big business is going to come in and squeeze out the little guy. Is that true?

We started as a small business, and we’re very fortunate to grow, through timing, good partnership, and loyal employees. Does that mean we’re going to exclude everyone else? No. We’re going to take that bandwidth and that heft and include more people. I would say to all those people who want to be in the business: Do you feel that you’ve got a real add and some real input? Come see us, because we’re all ears. We embrace that mindset, and we’re just looking for a couple thousand more people.

Related: Why This Cannabis-Infused Beverage Is Being Marketed Like a Health Drink

What’s the most essential part of running a successful business?

What maxim do you live by as a business leader?

Givers win and takers lose. If you can basically be in business and put yourself forward to wanting to give the best you can possibly give and truly have other people’s interests in mind, at the end of the day, I believe it comes back in spades.

Your best advice for cannabis entrepreneurs?

Be an excellent team player and know your lane. Don’t try to be something you’re not. If you need knee surgery, don’t call me. I mean, I’ll give it a shot, but I’m probably not your best guy. Know exactly what your skill set is, and play to it. A great quarterback can throw, and a great receiver can catch. If you confuse those, you’re going to lose a lot of money.

This Company's Formula For Success Is Worth Imitating

What You Need To Know About The Pet CBD Business

4 Tips for Managing Messaging in the Cannabis Industry