Weed Workouts Are Coming To A Gym Near You

Ganja at the gym? Not exactly, but CBD has hit the workout circuit, and some entrepreneurs say that's just the beginning.
Next Article Add to Queue
Mark Hay
Magazine Contributor
November 8, 2019 5 min read

The fitness world is always looking for some shiny new trend to obsess over. And if Jim McAlpine has his way, it will be a smart dose of marijuana to help you crush those biceps curls and power through Pilates. But first things first. Right now, the obsession is with weed’s more legal side.

CBD is having a moment in fitness. Despite the lack of definitive science, its reputation as a natural anti-inflammatory and pain reliever has led it to become a popular ingredient for recovery from the wear and tear of hard workouts. It hasn’t hurt that the World Anti-Doping Agency removed CBD from its list of banned substances in 2017, suggesting CBD’s safety for competitive athletes. The high-profile fitness brand Equinox now uses CBD products for massages, promotes them in its online publication, Furthermore, and has equipped its first treadmill-only gym in Manhattan with a water bar that serves CBD-infused H20. Not to be outdone, this spring another iconic workout brand, SoulCycle, started selling Lord Jones CBD oil and body lotion online and in its studios.

As CBD fitness products proliferate and show up in more and more workout spaces, a handful of cannabis pioneers say it’s a sign of things to come. They believe the plant in all its glory, including CBD’s psychoactive cousin THC, belongs in the gym. The choice may seem odd, given the prevalent stereotype of the couch-bound stoner and ample research on how weed slows down many users’ reaction times and lowers their motor skills. However, some exercisers claim that a little pot can help them zone into a long run on a treadmill, push through harder workouts, or boost their endorphin highs.

RELATED: Researchers Find People Who Use Cannabis Are More Motivated To Exercise

“When I work out with cannabis,” says Darrin Zeer, a Colorado-based yoga teacher and author of High Yoga, “gosh, I’m really more present and just loving it.”

Not surprisingly, the yoga world is the furthest along in adopting marijuana-enhanced workouts. Dee Dussault started Ganja Yoga in Toronto 10 years ago and was the first to advertise cannabis use with her classes. (She lets students show up 30 minutes early and start in with their own product, and encourages them to stay a half hour after class to sober up.) By her own account, she has worked with thousands of people and trained 24 teachers in North America to teach Ganja Yoga.

“When people are high on cannabis, you really have to slow down and make sure the comprehension, opportunities to modify, and just the safety are all there,” Dussault says.

But if Ganja Yoga isn’t terribly taxing, there’s also a call to mix pot with more hard-core sweat. One of the loudest voices belongs to McAlpine, an entrepreneur who has his own line of cannabis sports products, Cannathlete. Back in 2014, he founded the 420 Games to showcase serious athletes doing serious things on cannabis and offer education on weed-enabled sport. Since then the games have attracted some 20,000 athletes. Along with 420’s success, a number of former professional athletes like the NBA’s Matt Barnes and the NFL’s Shaun Smith and Ricky Williams have started speaking openly about their cannabis use. 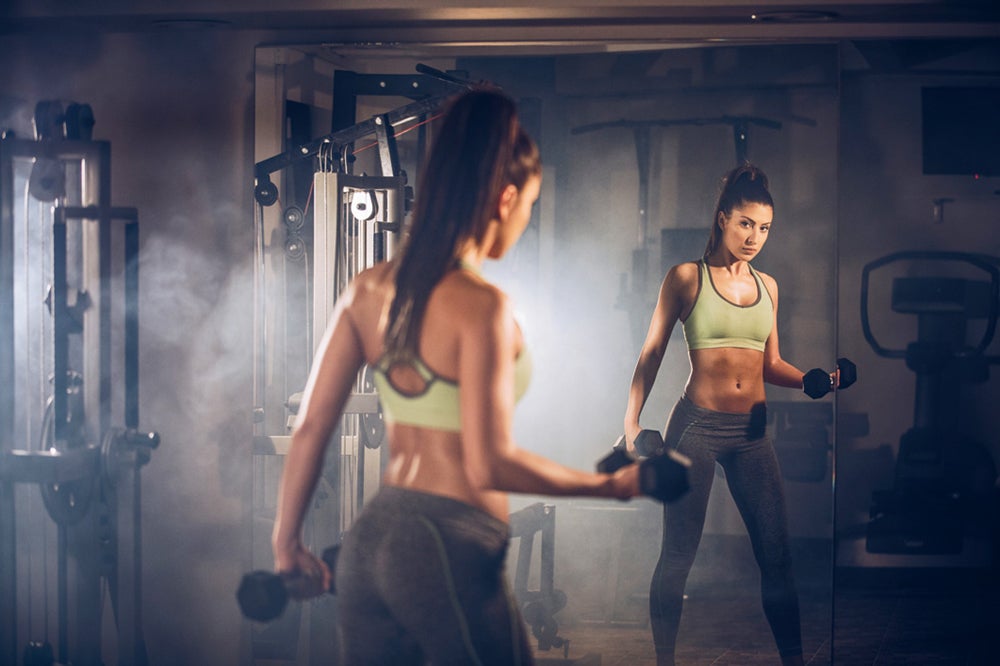 Williams ended up partnering with McAlpine to take that experience to the masses. In 2016, the duo announced plans for Power Plant Fitness in San Francisco, America’s first gym dedicated to cannabis-empowered workouts. Members would be able to consume weed while working out. The club planned to make its own line of athletic edibles for pre-workout focus and post-workout recovery. McAlpine and Williams did press, which covered the upcoming opening. But before that even happened, they had to shelve the idea because of regulatory hurdles. And they weren’t the only ones. When a marijuana-friendly gym actually did open in Wheat Ridge, Colo., in 2017, offering classes from Pilates to kickboxing, it was shut down less than a year later by city ordinances.

McAlpine acknowledges that the new trend is not ready for prime time. There’s little reliable science on using marijuana in general, much less for intensive workouts, and cannabis has been shown to raise heart rate and blood pressure, not to mention cause balance and coordination problems. So McAlpine is now trying to lay the groundwork. He says he’s partnering with doctors “to compile data from actual people who use cannabis while working out.” If and when he does get Power Plant up and running, he says every new member will be required to start working out sober with a specially certified trainer. Then together the two will slowly experiment with dosages of cannabis to figure out how it’s helping or hurting.

For now, McAlpine says, “CBD is really the safe place” in the fitness world. Its presence in gyms and classes will likely grow for a few more years, slowly opening people up to the potential of slipping cannabis products into their exercise routines. And he hopes that by the time nationwide recreational legalization rolls around, those same people will be primed for the next wave of THC-infused products, classes, and gyms. He gives it five years, but if it’s longer, he’ll wait. “In my life, this is the one thing I want to accomplish more than anything,” he says. “As a businessman, it will be my swan song.”

The cannabis industry, a market outlook for the next 10 years

Mexico publishes regulations for the production and medicinal use of cannabis