More consumers are using CBD for health reasons, so it's only natural to wonder what effects these products might bring.

By Weedmaps News October 25, 2019
This story originally appeared on Weedmaps

The purported benefits of CBD have been spread far and wide, and there’s a growing amount of research to back it up. Studies have shown that CBD provides anti-inflammatory and seizure-suppressant properties, and has even demonstrated the ability to reduce social anxiety.

Following the legalization of industrial hemp production, which transpired with the passage of the 2018 Farm Bill, and the massive influx of CBD products hitting the market, more and more people are starting to ponder: What is CBD used for? 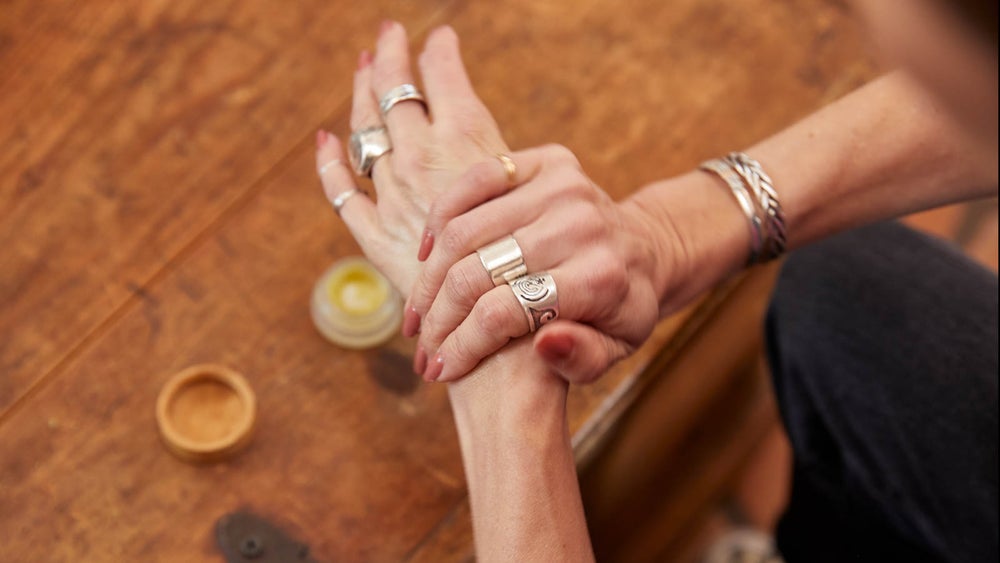 Outside of the United States, other countries across the globe have also started allowing cannabidiol (CBD) to legally seep into their borders. In Canada, following the passage of The Cannabis Act, which legalized adult-use cannabis, both hemp-derived and marijuana-derived CBD are available in all provinces. The European Union (EU) has also established regulatory guidelines for hemp-derived CBD oil, allowing the cultivation of hemp provided that the THC content does not exceed 0.2 percent.

A number of South American countries have also loosened restrictions against CBD oil and medical marijuana in general. Both Mexico and Brazil currently allow CBD products to be imported for certain medical conditions, while others, such as Chile, have already established a full-scale medical marijuana program.

But some may still be reluctant to give this non-intoxicating cannabinoid a chance, as they have a misnomer that CBD could create the same type of psychoactive effects as THC, the intoxicating counterpart to CBD and the cannabis plant’s most abundant cannabinoid.

Similar to THC, when CBD interacts with the endocannabinoid system, it binds to CB1 receptors, which are primarily found in the central nervous system where they regulate brain function, and CB2 receptors located on immune cells throughout the body. But when this interaction takes place, at the molecular level, CBD does the opposite of what THC does.

While THC is considered as an agonist to CB1 receptors, CBD has proven to be an inverse agonist. In other words, THC activates these receptors but CBD does not. It does, however, interact through several other biological pathways, and has been reported to provide therapeutic benefits, such as anti-inflammation.

To clear the misinformation and keep the canna-curious well-informed, it’s critical we set the record straight about whether CBD has addictive properties.

The short, simple answer is no. At the molecular level, CBD is neither addictive, nor does it produce the so-called stoned effect that THC does.

A March 2017 study published in the Journal of Drug and Alcohol Dependence examined this by administering various oral dosages of CBD to frequent marijuana users alone and in combination with smoked marijuana, which contained 5.3% to 5.8% THC. After analyzing the abuse liability profile of CBD compared with an oral placebo and active marijuana, the research team concluded that CBD did not display any signals of abuse liability.

Since numerous CBD products contain varying levels of THC, the matter is slightly complicated if we ask the more pointed question: ‘is CBD oil addictive?’ First, we must examine a precursory question: where does CBD come from? 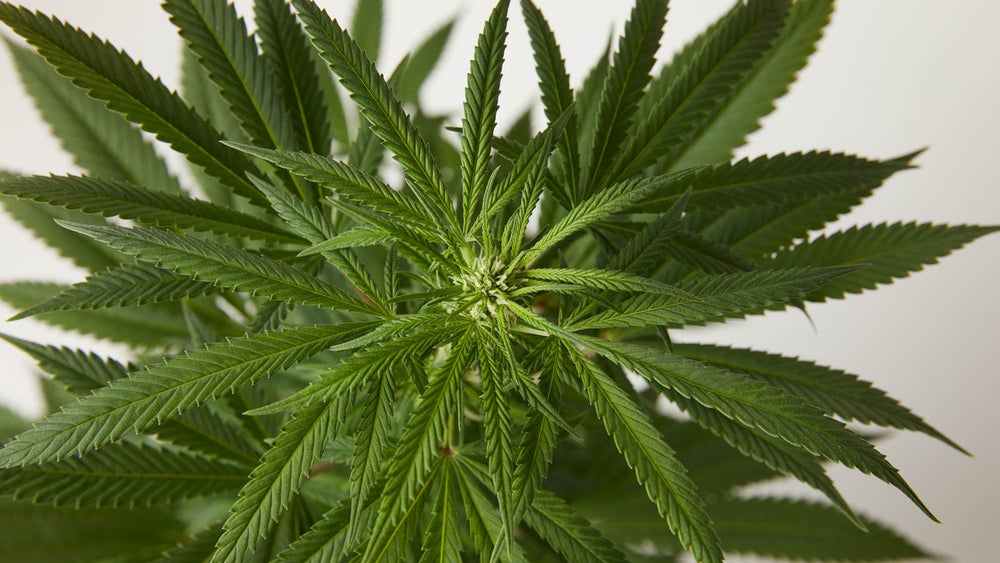 There are two classifications for the cannabis plants that produce CBD: marijuana and hemp.

CBD derived from hemp plants contain little to no trace of THC (less 0.3 percent according to federal law in the U.S.), and therefore should not put an individual at risk of developing cannabis withdrawal symptoms that might come from heavier THC intake.

Marijuana-derived CBD is extracted from marijuana plants that are usually grown for their intoxicating properties. Unlike hemp-extracted CBD, marijuana-derived CBD oil often contains levels of THC that exceed the legal 0.3% limit set by the U.S. government. In the event the CBD oil has particularly high levels of THC, an individual could possibly experience cannabis withdrawal symptoms if used in excess. But CBD oil with THC levels above 0.3 percent is only available in states with medical or adult-use cannabis legalization.

A 2011 study concluded that CBD has a better safety profile compared to THC and other cannabinoids. Researchers found that high doses of CBD of up to 1,500 milligrams per day were well-tolerated by the human subjects. Compared with THC, CBD did not impair motor or psychological functions, nor did it alter the heart rate, blood pressure, or body temperature. This improved safety profile could be a result of CBD being an inverse agonist to the body’s cannabinoid receptors.

While all signs suggest that CBD is not addictive, it’s possible that someone who takes large amounts of CBD on a daily basis could experience side effects such as changes in sleep, inflammation, and anxiety if they quit suddenly.

This doesn’t mean that CBD oil with higher THC levels should be avoided, however, as the combination of CBD and THC has shown to work together to produce an entourage effect that boosts therapeutic benefits while subduing negative side effects. For instance, in a 2010 study involving patients with cancer pain, researchers found that the combination of THC and CBD was more effective in treating the pain than the THC and placebo combination.

RELATED: Is There Actually Any CBD In That CBD Oil You Bought?

Evidence suggests that CBD could also be used to help combat the adverse effects of THC, such as cannabis withdrawal symptoms. In a 2013 report, researchers administered CBD to a 19-year-old woman with cannabis withdrawal syndrome over a ten day period, which effectively resulted in reduced withdrawal symptoms. Another study, conducted in 2010 and published in Neuropsychopharmacology, examined a total of 94 cannabis users to see what role CBD-to-THC ratios played in reinforcing the effects of drugs and implicit attentional bias to drug stimuli. Compared with smokers of low-CBD strains, the study found that smokers of high-CBD strains showed reduced attentional bias to drug and food stimuli, as well as lower self-rated liking of cannabis stimuli. The research team concluded that “CBD has potential as a treatment for cannabis dependence” and could offer a potential treatment for other addictive disorders.

Existing research also demonstrates that CBD oil could help thwart addiction to other dangerous substances, such as tobacco or opioids. A 2013 study published in Addictive Behaviors looked at the effectiveness of CBD as a way to reduce tobacco cigarette consumption. Observing a total of 24 tobacco smokers, researchers gave half of the subjects an inhaler of CBD and the other half a placebo, instructing them to use the inhaler when they felt the need to smoke. Over a weeklong period, those treated with CBD reduced the number of cigarettes smoked by 40%, while those with the placebo showed no notable difference.

CBD has also demonstrated beneficial properties in the treatment of other addictive substance. In a preclinical animal study published in Neuropsychopharmacology on March 22, 2018, researchers applied CBD gel to lab rats that had a history of voluntary alcohol or cocaine use and showcased addiction-like behavior. The study concluded that CBD was effective in reducing drug use, and also reduced common side effects of drug dependency, such as anxiety and impulsivity.

This non-intoxicating cannabinoid has also shown promise in human models. A May 2019 study, published in the American Journal of Psychiatry, found that CBD could be effective in reducing cravings associated with heroin addiction. To conduct the study, researchers recruited 42 adults who had been using heroin for an average of 13 years. The subjects were divided into three groups: one group was given 800 milligrams of CBD, another 400 milligrams of CBD, and another a placebo. Compared with the placebo, those who were administered CBD significantly reduced both the craving and anxiety induced by the drug cues.

We’ve established that CBD is neither addictive nor intoxicating, and can potentially reduce cannabis withdrawal symptoms and dependency to other addictive substances, but are there any CBD oil side effects to be aware of?

According to Mayo Clinic, the U.S.-based nonprofit academic medical center, CBD use can potentially cause slightly adverse side effects, including dry mouth, diarrhea, reduced appetite, drowsiness, and fatigue. In an investigation on CBD hepatotoxicity in lab mice, researchers from the University of Arkansas for Medical Sciences found that this non-intoxicating cannabinoid elevated the risk for liver toxicity. The epilepsy medication Epidiolex, which is currently the only U.S> Food and Drug Administration (FDA)-approved CBD product on the market, has some side effects that are similar to those of other hemp-derived CBD products. 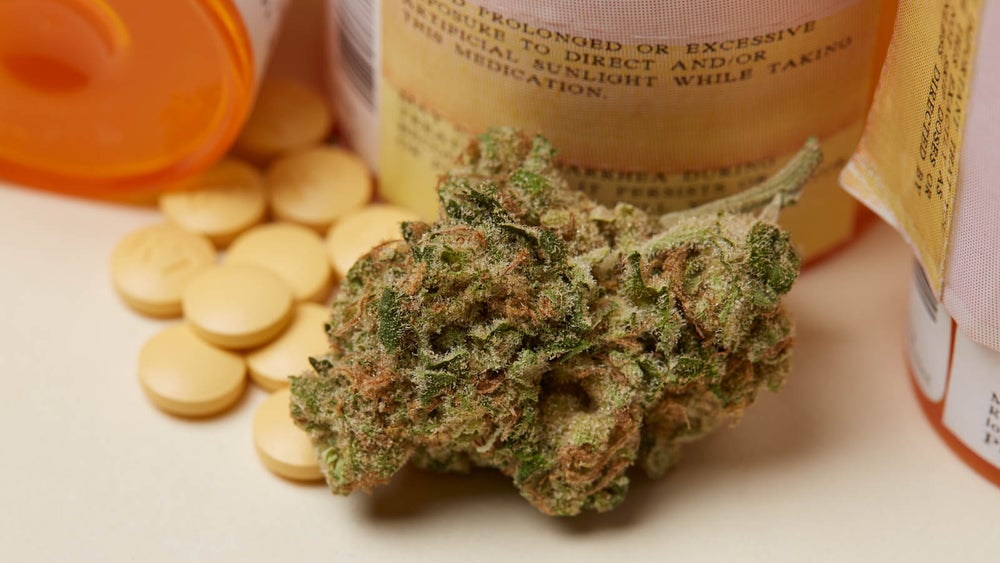 One area of concern is the potentially adverse effect that CBD has on certain prescription medications such as blood thinners.

A 1993 study found that CBD blocked a family of enzymes called cytochrome P450, which are responsible for eliminating 70 percent to 80 percent of pharmaceutical drugs from the system. Researchers found that CBD blocked these enzymes from being broken down and metabolized in the liver. While this blockage could enable patients to take lower doses of prescription drugs, it could also cause a toxic buildup of pharmaceutical chemicals in the body.

Most CBD oil side effects, such as drowsiness and fatigue, are similar to hemp oil side effects, even though this hemp fiber-derived product usually doesn’t contain any CBD or THC. Outside of these mild side effects, there are no known CBD withdrawal effects to be concerned about -- and the benefits seem to outweigh the potential drawbacks.