These two siblings took their mother's chocolate chip recipe and turned it into the edible everyone wants more of.
Next Article

Mrs. Fields, Famous Amos, Grandma’s. Who could possibly improve on the chocolate chip cookie? (We all know where this is going…)

Enter Dr. Norm, the face of hugely popular cannabis chocolate chip cookies sold in more than 200 California stores and online. The doc, an old-style family physician, loved eating his wife’s home-baked cookies. She was a hospital pharmacist and never seemed to be without a warm, fresh batch in hand -- her Rx for making everyone feel a little better.

After the couple passed away, their children, Jeff Koz and Roberta Wilson, decided to leave their careers in Hollywood entertainment. Casting about for a new role, they took a chance on cookies -- made like mom did, but with a little twist of modern medicine. We’ll let them tell the story.

RELATED: 'If You Created It, You Should Be The Best At Everything In Your Company,' Says The Co-Founder Of Lenny & Larry's Complete Cookies

Jeff Koz: “Our mom, Audrey, was like the Florence Nightingale of cookies, where she felt like her chocolate chips were the best medicine. And they were unbelievable. I composed music for television, film, and advertising. And my sister was an executive at MTV. Our mom passed very suddenly, and we were devastated. Roberta felt that her cookies should live on, and she reverse-engineered the recipe. She founded Audrey’s Cookies in 2008 and started to sell them. It spread as an online thing and eventually to stores like Whole Foods.” 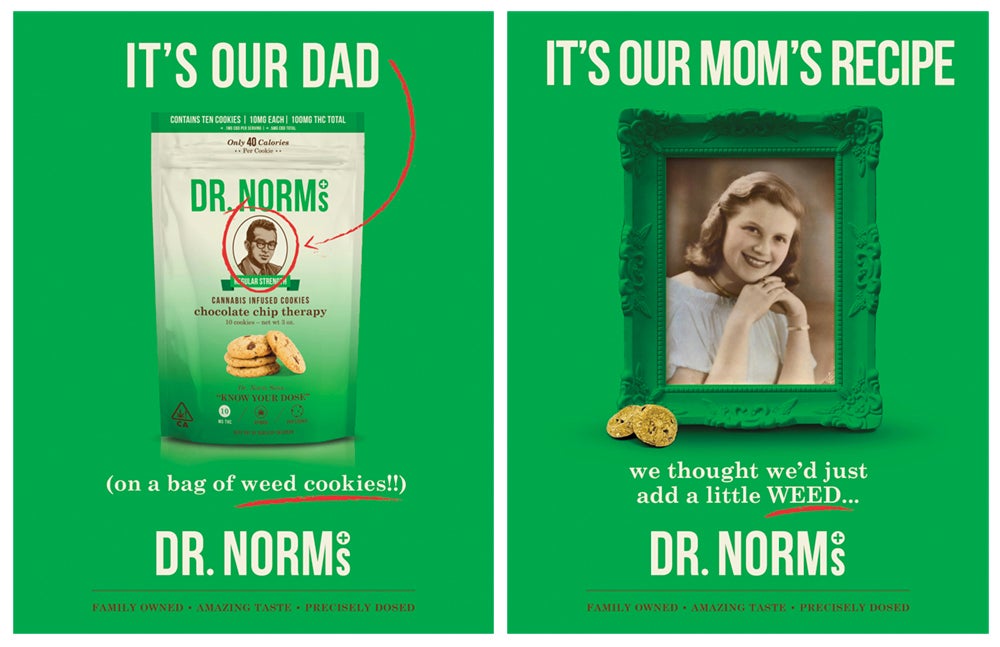 Koz: “Roberta said to me one day, jokingly, ‘We should do weed cookies.’ This was in 2015. California seemed to be on the road to legalizing. So I was like, This is a great idea! The cannabis industry at that time was incredibly collaborative and supportive. I told people, ‘Hey, I’m looking to do an edible chocolate chip cookie,’ and they were like, ‘Oh, you should meet this guy,’ or ‘You can probably get oil from that guy.’ The next thing I knew, I was baking cookies in my kitchen.”

Roberta Wilson: “Jeff brought me to Green Street, a branding agency, for my very first meeting in the cannabis industry. I left 100 percent convinced we should do this business. We hired them, and their graphic designer created our logo and look. We were one of the first cannabis brands in California to be on the shelves with packaging that looked like it could be offered at Whole Foods.”

Koz: “The guy on the bag, that’s actually our dad in his medical school picture. We wanted the branding to have a mass appeal and to communicate that it’s not just for stoners, that this is something for the young adults, for the soccer mom, for the elderly person who can’t sleep or is having arthritis pain. I think what has made us successful out of the gate has a lot to do with the branding.

“At first, we were literally selling door-to-door to stores and built it up very organically. We’ve actually never taken outside capital. Roberta and I invested, and our brother is also a silent investor.” 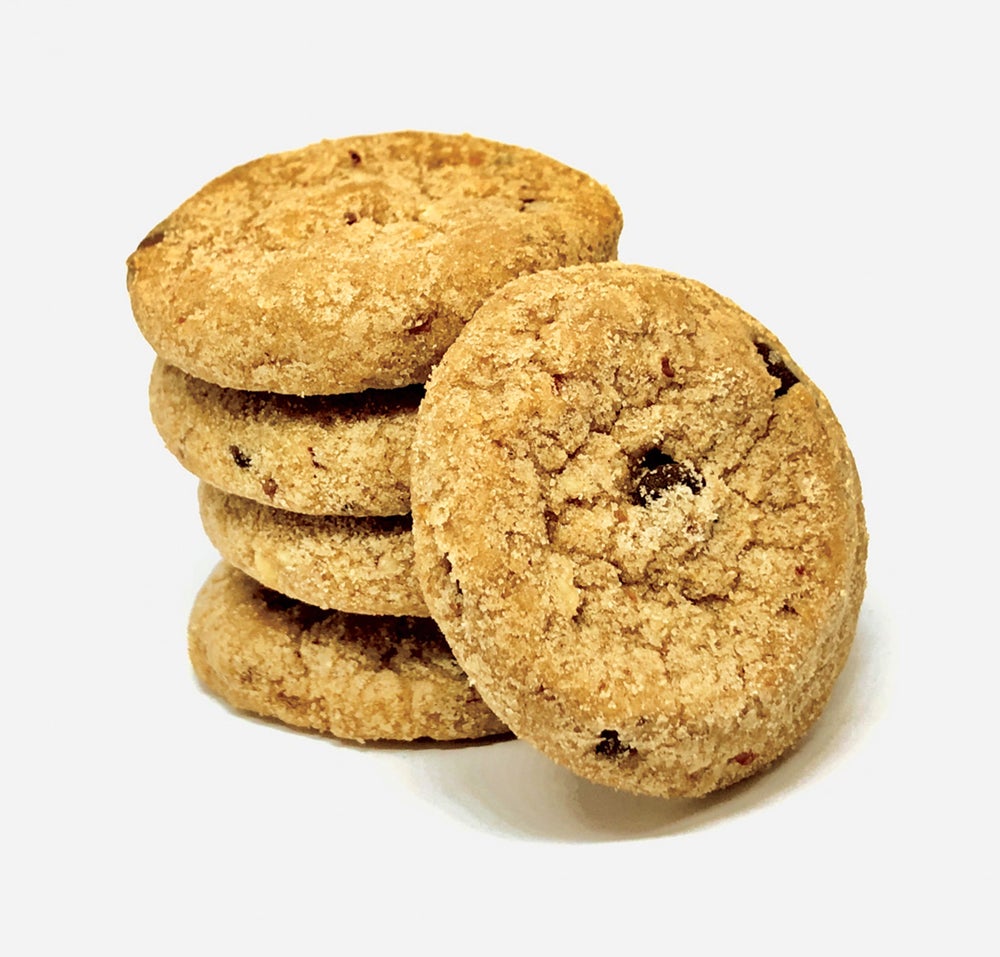 Wilson: “We started out with just THC products, and we heard everybody talking about CBD, so we developed a CBD cookie as well that became popular.”

RELATED: Marshmallow Madness: Inside The Creation Of These Cannabis-Infused Treats

Koz: “To make something that tasted good, we tweaked the original recipe slightly, using coconut oil instead of vegetable oil. Coconut oil carries the THC and CBD molecules. We use distillate, an ultra-refined cannabis oil, and ours gets distilled at least three times. It takes out most of the cannabinoids and terpenes that cause taste and smell. And it’s very pure. We started out with five-milligram and 100-milligram mini cookies. We wanted to address dosage so people had more control of their high. But this was a market where people were buying 1,000-milligram cookies, and when we went to stores, managers would say, ‘People don’t want this low-dose stuff.’ So we came out with a 25-milligram cookie and -- until the law banned it -- a 75-milligram one to go up against the more potent stuff.”

Wilson: “Right now we have two flavors, chocolate chip and vegan peanut butter chocolate. We’re about to launch pecan shortbread. And we have a gluten-free snickerdoodle cookie coming soon. Now that consumers trust our brand, we’re looking to expand into other form factors that might include vape pens, tinctures, and gel caps.”

Koz: “Our parents were very liberal, forward-thinking, and our dad was very funny. And he is loving the fact that his face is on thousands of bags of cookies all over California -- and hopefully at some point soon, millions.”

Why Do Edibles Make You So Darn High?