New Report Suggests Women Are Thriving In Cannabis. Are They?

Women are enjoying great success in the cannabis industry; will it last?

By Suzannah Weiss October 28, 2019
This story originally appeared on Weedmaps

As a new industry, cannabis is often thought of as more egalitarian than more established ones. It tends to attract open-minded people, and cannabis companies can do business without as many traditions and conventions weighing them down. A new report from Marijuana Business Daily shows that this may be putting cannabis ahead of most industries in terms of women's representation.

Is cannabis's seemingly good track record with women just a fluke, or will it last? How can we make sure it lasts?

"Given cannabis is coming of age in an era of increased awareness of the importance of gender and racial equality, cannabis companies have the ability to establish their cultures with this top of mind," said Jennifer Drake, Chief Operating Officer of the mulit-state cannabis operator Ayr Strategies Inc.

"Cannabis legalization was born from a variety of progressive causes and movements, so it makes sense that, overall, we are far more thoughtful about equity than, for example, tech," agreed Amy T. Margolis, an attorney and founder of The Initiative, a business accelerator for women-founded cannabis businesses. "There have also been a number of amazing female pioneers in the space who have ensured that gender equity has stayed front and center as the industry has grown. But, it is still a struggle."

RELATED: Women Are Influencing The Cannabis Industry Both As Entrepreneurs And Consumers

Investment Is A Boy's Club

One problem is that the investors determining the fate of cannabis companies are largely men. This appears to be why female leadership in cannabis dipped between 2015 and 2017, Margolis said.

"We just saw a ton of capital come into the space, mostly from white men, and we also saw a huge rush in new businesses from legalization going into effect in a number of states," she explained. "Now that those states are stabilizing, we are seeing a little bit more of an equilibrium in the leadership and founder roles women are playing."

Jamie Shaw, Chief Communications and Culture Officer for the Canadian craft cannabis brands organization Pasha Brands, has noticed a similar trend in Canada. Female leadership was high shortly after legalization and then went down. She chalks this up to a transition from local businesses that are more inclusive and community-driven to national and international ones intertwined with older industries, particularly tech and finance.

"Our industry needs to not repeat the mistakes of other industries," Shaw said. "In other sectors, we are coming to appreciate the importance of locally sourced goods and produce and the downsides of monoculture. We have a chance to build something new, and yet the rush to the stock market here in Canada, regulations, and the desire to 'normalize' cannabis have led to a situation where we are squandering that opportunity." 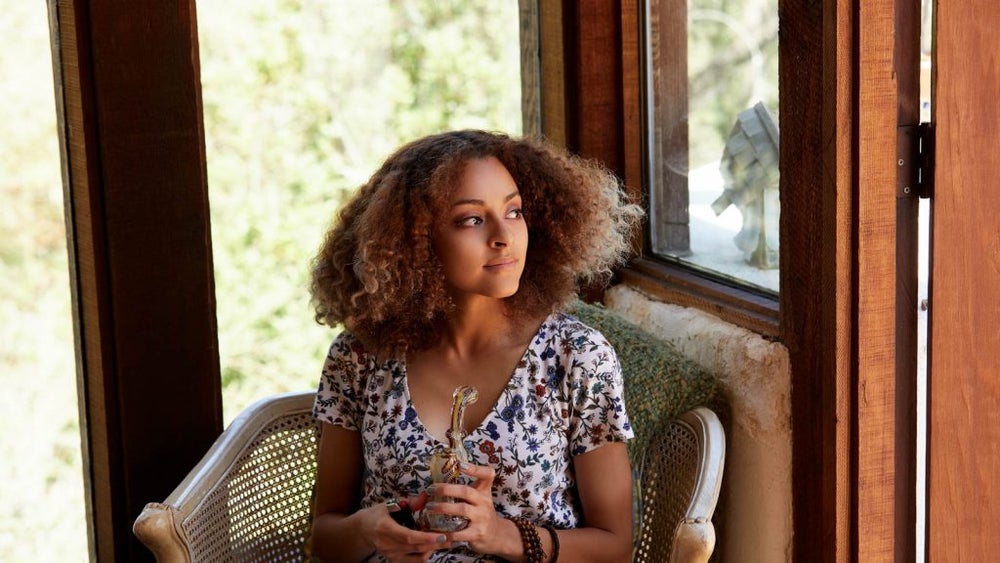 Paradoxically, as cannabis markets expand, the proportion of women in leadership roles within the industry tends to decline briefly. Why? Investors are more often men, and their investment or ownership stakes will decrease the percentage of women. This phenomenon tends to even out over time, but jurisdictions can also enforce equity policies for the cannabis industry.
Image Credit: Gina Coleman | Weedmaps

Things may currently be evening out due to greater diversity efforts from companies as the industry matures, Margolis said. In addition, some female executives from other industries are now seeing the possibility to transition into cannabis, said Rebecca Maestas, Director Of Field Marketing for edibles maker Dixie Brands Inc.

The proportion of women leaders may decline again as new states legalize cannabis and another influx of capital comes from white men, but states can prevent this by establishing social equity licensing requirements, such as those stating that a certain percentage of licenses must go to women-owned businesses, and issuing micro-licenses to help small businesses compete, says Margolis.

Even if it were to be maintained, the number of female executives doesn't tell the whole story, though. Having women in leadership doesn't necessarily translate to fair treatment of women employees. Treatment of hourly and seasonal workers is especially a problem, Margolis said. In addition, not all women are benefiting equally from cannabis's comparatively progressive status.

"We still have not made enough progress on righting the wrongs of the drug war and, honestly, white men are receiving the most aggressively disproportionate number of opportunities," Margolis said.

And while 37% of leadership roles going to women may be better than other industries, it's still not enough. "I would not want the cannabis sector to think that the diversity question — gender and otherwise — has already been answered in the industry," Drake said. "We can always strive to be more inclusive, to mentor and encourage talent from diverse backgrounds."

Margolis suggests that cannabis companies set goals for the gender breakdowns of their own companies in order to hold themselves accountable. And when women start their own companies and bring in revenue, they should invest it into other women-led companies, she says. "As soon as we control the capital, we will really see systemic change."

"The sad reality is women-led companies are not being funded nearly as frequently as male-led companies," she said. "So while there are a number of amazing companies led by females, they are smaller and can be more often under the radar vs. the bigger MSOs, which are mostly male-dominated."

States can also create laws pushing companies to hire more women into leadership positions, Ford said. For example, in California, every publicly traded company, domestic or international with executives working primarily in the state must have at least one female board member by 2020 after SB 826 was signed into law. It's not just cannabis that can benefit from such efforts; other industries can hold themselves to these standards as well.

RELATED: Women Cannabis Entrepreneurs Unite: We Are Better Together

Even if cannabis hasn't yet achieved gender equality, many industry members feel it has the potential.

"I think the cannabis industry does indeed offer a lot of opportunities for so many different demographics because it is still in its stage of infancy in so many ways," Ford said.

The cannabis industry can especially benefit from greater female involvement because women are the ones making 90 percent of household decisions around wellness and medicine in the U.S., Maestas said.

"As a female who has been part of the cannabis industry for more than a decade, I want women to know that sharing your unique vision and mission is not only important, it's needed," she said. "The more women that enter the cannabis space and leverage their expertise and passion, the more doors will open, inviting opportunity and equality, including equal pay."

A Closer Look at the Cannabis Market

To Touch the Plant or Not: What Type of Cannabis Business Should You Start?