How Much Is The Price Of An Eighth Where You Live?

New information shows just how much the cost of weed is depending on where you call home.

The most affordable place to buy an eighth of weed in August 2019 was once again in Canada, where a combination of a strong American dollar and ample, well-regulated supplies evidently are holding prices in check.

The average price of an eighth in North America hit a new low in August of USD$24.39 in British Columbia, Canada, which is making its first appearance in the analysis. The lowest North American price in July was found in Ontario, Canada, where 3.5 grams sold for an average of USD$27, which remains virtually unchanged. The August high? Washington, D.C., where an average eighth fetched $53.04.

Data analysts at Weedmaps used its international listings for dispensaries and their products to determine the average price of an eighth, or 3.5 grams for metric fans. The analysts selected a representative sample of American cities, combined with Massachusetts and Florida, two states with emerging markets.

Emerging markets are beginning to show some price volatility. Oklahoma City topped the charts a month ago with the highest average prices in North America for an eighth -- then at $53.19, but down to $43.03 for August. Competition seems to be bringing prices down as more dispensaries come into the market. In the emerging markets of Florida and Massachusetts, prices are on the high side, hovering around $47 to $48 an eighth in August.

In Southern California, the largest legal cannabis market in the world, average prices for an eighth range from about $33 to about $44. In the region's largest city, licensing is progressing very slowly. Los Angeles added only one new licensed dispensary since July for its population of about 4 million. The City of Los Angeles Department of Cannabis Regulation listed 187 licensed cannabis businesses that could sell medicinal or adult-use cannabis and cannabis products as of Sept. 10, 2019, compared with 186 more than a month earlier. 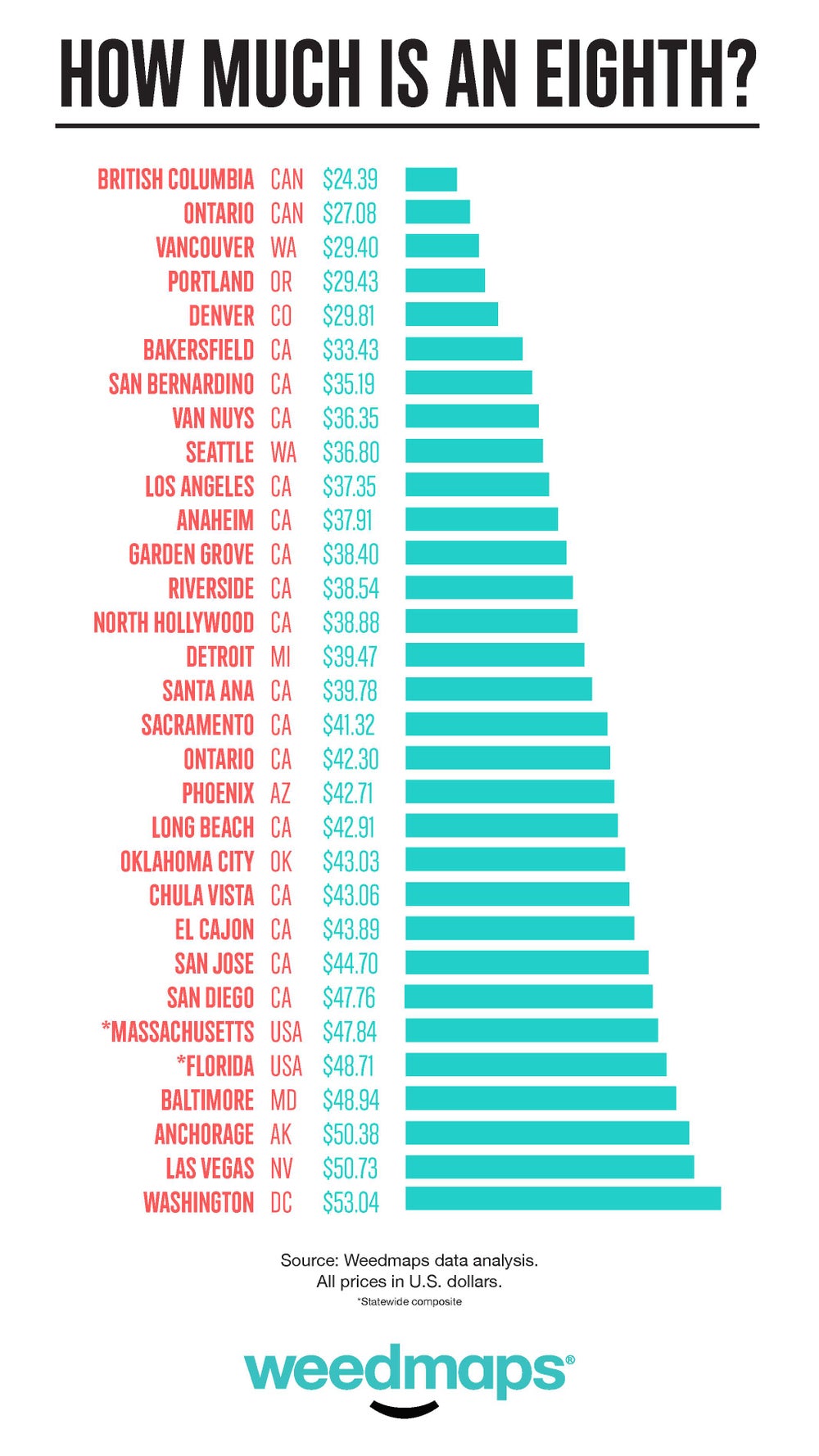 Brittney Griner Isn't the Only American Jailed in Russian for Cannabis