New research is showing how marijuana is helping those with chronic pain manage the discomfort.
Next Article Add to Queue


By conservative estimates, at least 54 million American adults have doctor-diagnosed arthritis, according to the Arthritis Foundation, and many of them are turning to cannabis to treat their painful symptoms, inflammation, and mood swings. And it's working.

CreakyJoints, an online arthritis support community, conducted a survey and presented a summary of the results at the 2019 Annual European Congress of Rheumatology (EULAR) meeting in Madrid, Spain, to ascertain how arthritis sufferers perceive and use medical cannabis and cannabidiol (CBD). The survey utilized the Arthritis Power research registry, which includes 19,000 participants.

The results are positive. More than half of the 1,059 surveyed had tried cannabis to manage their arthritis symptoms; fully 97 percent of them said it improved their symptoms. Pain and sleep disturbance were the main symptoms participants sought to relieve.

RELATED: Seniors Are The Cannabis Market Few Companies Are Targeting

On Sept. 24, 2019, the Arthritis Foundation released a series of CBD guidelines for the first time along with suggestions for adults with arthritis. The move came about as a result of its own national survey, conducted in July 2019.

"While CBD is controversial and its effectiveness inconclusive, people with arthritis aren't waiting to try it to treat their pain," Cindy McDaniel, Arthritis Foundation Senior Vice President of Consumer Health and Impact, said in a press release.

The vast majority of patients surveyed by CreakyJoints said they used cannabis or CBD to treat a host of symptoms related to arthritis but not limited to pain or inflammation.

These uses included improving sleep, physical function, and alleviating depression and anxiety that come from dealing with constant pain.

Dr. Benjamin Caplan, a primary care family physician in Boston, noted that cannabis as a medicine works across different systems in the human body and that when someone has pain every day it becomes a disabling condition.

“It's not like one's joints hurt just today. When it's the 50th day in a row of being in agony and not sleeping well, people very soon can start feeling depressed,” said Caplan, founder of the CED Foundation and Clinic in Boston. 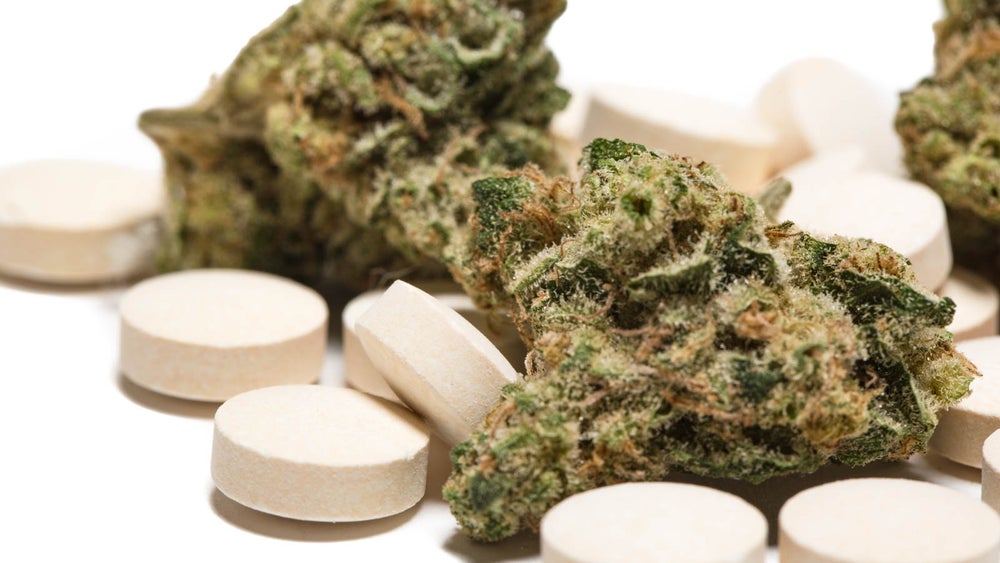 Jean Howell is a New York City tango and tai chi instructor who has suffered from arthritis for the past seven years and recently started to use medical cannabis.

“An aspect of arthritis, in fact, all pain, that does not get enough attention is how depressing it can be,” Howell said. “The knee pain just getting on and off the bus was enough to put me in a rotten mood for the rest of the day. I'm now using a THC/CBD balm and I can't tell you how relieved I am.”

While arthritis is generally treated with over-the-counter anti-inflammatory drugs, large numbers of sufferers are turning to cannabis, with or without their doctors' blessing.

“I refuse to ruin my kidney, liver, etc., with NSAIDS [non-steroidal anti-inflammatories] or worse, opioids,” Howell said. “I stopped seeing the physicians who prescribe them.”

CreakyJoints, part of the Global Healthy Living Foundation, noted that nearly half of those surveyed started using cannabis without their doctors' knowledge.

“Our study found that there's a disconnect between what patients want to know and what their providers are able to discuss.”

It stands to reason, Caplan said.

“We know cannabis is a powerful anti-inflammatory agent that functions differently from other drugs like Tylenol, Ibuprofen, steroids, or the biological options that work on the immune system and can present severe side-effects,” Caplan told Weedmaps News. “We don't see that with cannabis.” 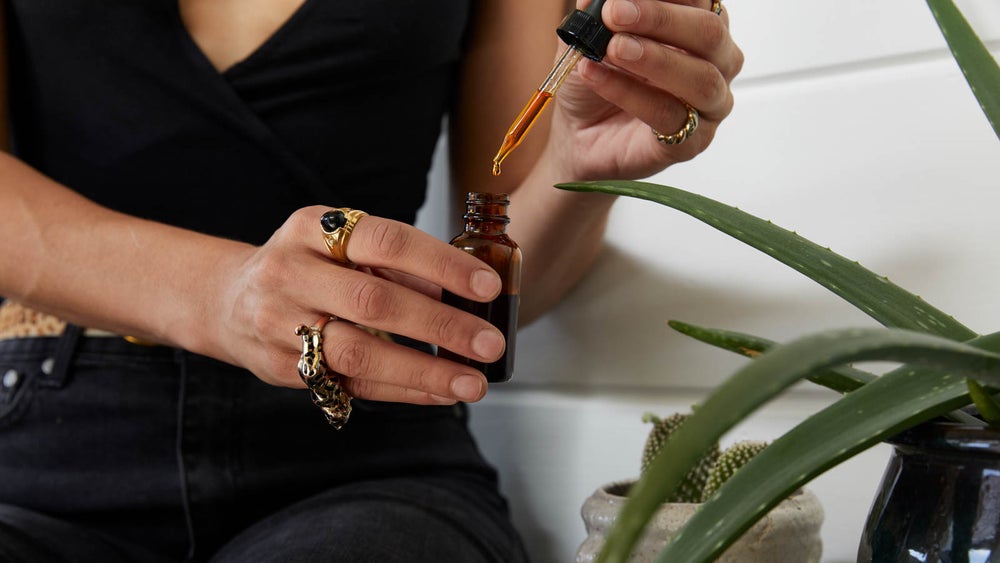 At least 54 million American adults have doctor-diagnosed arthritis, according to the Arthritis Foundation, and many of them are turning to cannabis to successfully treat their painful symptoms, inflammation, and mood swings.
Image Credit: Gina Coleman | Weedmaps

Caplan said that up to 27 percent of the general population suffers from rheumatoid arthritis (RA) -- an autoimmune disease which, if untreated, can damage cartilage, the elastic tissue that covers the ends of bones in a joint, as well as the bones themselves.

A recent cross-sectional survey, published in the September 2019 issue of Rheumatology and Therapy journal, revealed that nearly three-fourths of RA sufferers who responded were dissatisfied with their treatments, do not achieve their treatment goals and experience symptoms that affect their daily activities.

Another study may have some answers.

A report called “Joint for joints -- cannabinoids and the treatment of rheumatoid arthritis” published in the journal, Current Opinion in Rheumatology in May 2019, concluded that CBD demonstrated “anti-arthritic effects independent of cannabinoid receptors” and helped control pain and reduce inflammation.

Undertaken by a team of German researchers at the University Hospital in Duesseldorf, Germany, the study noted that the body's endocannabinoid system (ECS) is capable of combating joint pain related to RA.

“An increasing number of patients with rheumatoid arthritis (RA) are using cannabis to treat their symptoms, although systematic studies regarding efficacy in RA are lacking,” the German team noted.

In a post-survey analysis of the study done in Spain, Director of Patient-Centered Research at CreakyJoints, W. Benjamin Nowell, cautioned not to rely too much on anecdotal responses.

“Anecdotally, and via this survey data, we know that there are many people with arthritis who benefit from marijuana and CBD products,” Nowell said in the analysis. “However, we have to temper our potential excitement about adding these products to an arthritis management strategy because there is so much yet to learn … .”

Caplan agreed that further research is needed but does not discount anecdotal accounts. In fact, he finds them important.

“There is still not enough of what modern medicine calls the gold standard -- randomized trials or review trials that collect multiple studies -- but anecdote is not meaningless,” Caplan said.

“Stories we hear from individuals are very meaningful and worthwhile,” Caplan said. “We live in a scientific culture that thinks we should discount anecdotes and only pay attention to the highest quality data, which I think is misleading and not fair.”

“Cannabis has been around for thousands of years. Scientific research is only starting to catch up. Those of us who use it for pain know it works.”

Fibromyalgia and Cannabis: What the Latest Research Says

Cannabis Can Be a Tool to Fight Addictions Globally

Cannabis as a Treatment for Anorexia: Here's What You Need to Know

Medical Marijuana Not Always an Affordable Alternative to Prescription Drugs