Their latest store in downtown LA is bright, open, and friendly.

By Eric Weinberg December 10, 2019
Opinions expressed by Entrepreneur contributors are their own.

It's no secret that cannabis has a long and colorful association with all sorts of artists, from Shakespeare to Snoop Dogg. And whether you think smoking weed makes people creative, or creative people just like smoking weed (hey, can't it be both?) clearly there's a connection here.

Which is why it seems only natural that cannabis companies are finding their way into the LA Arts District. The latest to plant a flag downtown is Sweet Flower, whose newest dispensary opened November 21st — and it may not be the biggest or the splashiest, but it's certainly one of the nicest.

Sitting right next to Two Bit Circus, a virtual reality indoor amusement park — oh, the possibilities! — Sweet Flower's glass facade is inviting by design. "Trusted and transparent," says CEO Timothy Dodd. "I think, "What would I want to walk into?' If we're going to elevate the industry a little, one way is to make it very bright, open, there's nothing to hide, I'm not embarrassed about using cannabis… it's completely destigmatized." 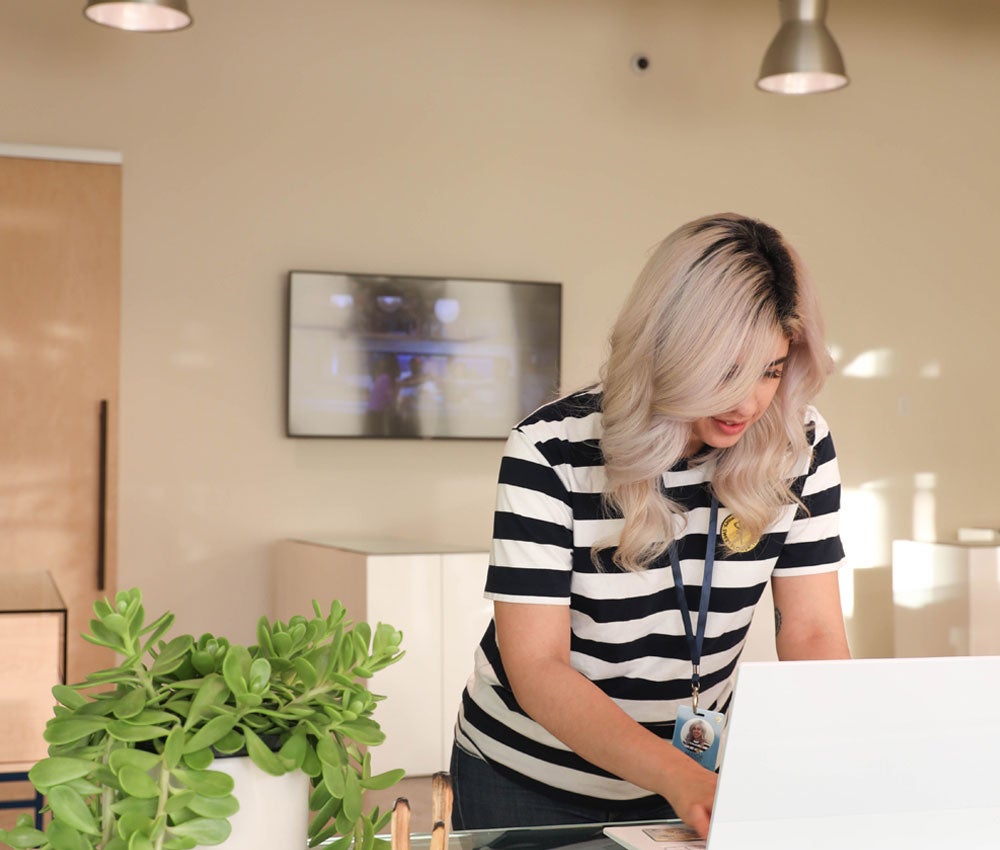 An avid biker, Dodd's own cannabis use increased after a bad bike accident in the Santa Monica mountains some eighteen months ago that fractured his pelvis in six places. "Even now," he says, "I can feel my hip seizing up a little from this rain, so tonight I'd like to put on a topical and just get rid of that pain." For Dodd, then, cannabis as all about riding, recharging and recovering.

And, as things turned out, relocating. Having worked at Technicolor for many years, Dodd noticed the exodus of creative types to the Arts District and joined the movement, taking over an old, abandoned furniture warehouse a year ago. "There was one lightbulb, no floors, no walls…" he recalls, "You could stand in here, and sunlight would be streaming in from the outside it had so many holes in it." Since Sweet Flower moved in, they've been joined in the area by Spotify, Hyperloop and Lyft, to name just a few high-profile neighbors.

Related: These Strategies Will Get More Customers To Your Dispensary

As with their Studio City and Melrose locations, the downtown sales space feels clean and spare but also warm and welcoming, with blonde-wood-and-glass displays showcasing an impressively wide array of top-brand flower, pre-rolls, edibles, tinctures and vapes. "It's soft, it's California," Dodd offers, "It's not a nightclub." A money tree takes center stage, highlighting the company's dedication to flower, and even the staff are called florists rather than budtenders, a job title Dodd finds "a little five years ago." 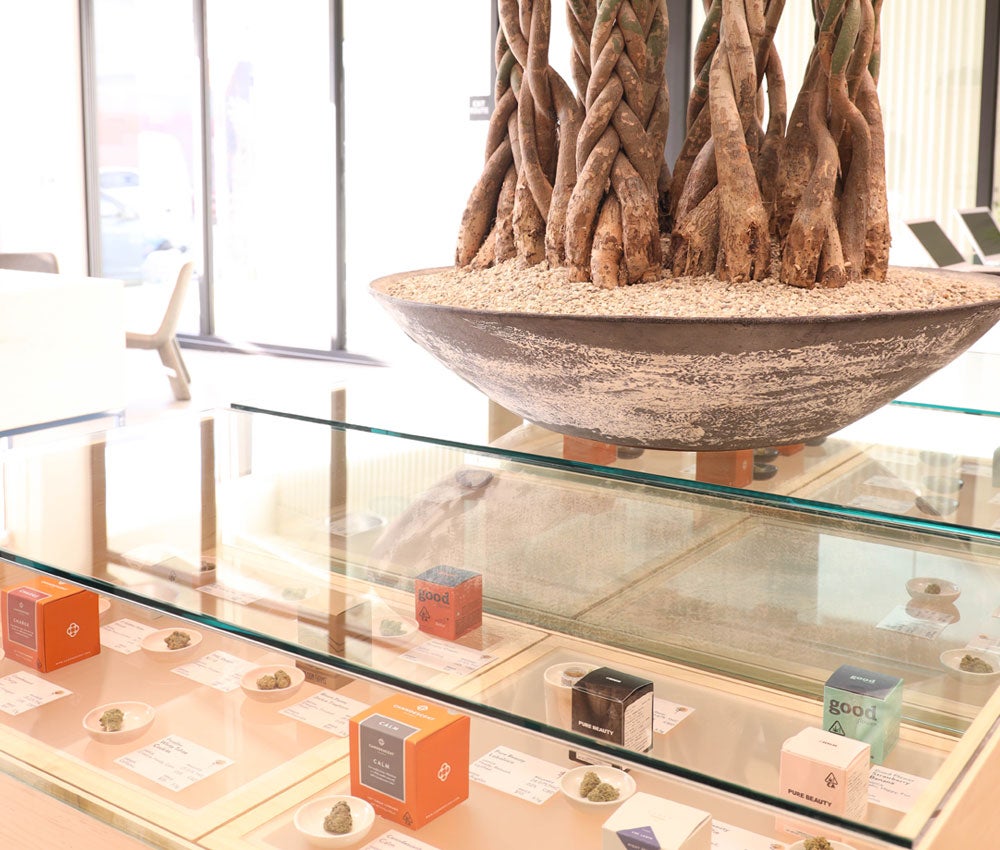 Overall, the feeling is functional rather than fancy, lean rather than loud, and that suits Sweet Flower's offerings and their customer base. "Frankly, there's a unit of the market that's already well-served, which is the most THC for your dollar, and we don't need to be there," Dodd explains. "People come here for different effects: they can't sleep, or they're anxious, so we're talking about a need state. We're gonna have the best brands, the best products, and we're gonna compete on that playing field, not the cheapest 1/8th."

At 1500-square feet of retail space, the dispensary itself is far from overwhelming, but behind that area is a much larger footprint licensed for cultivation, extraction, manufacturing, and distribution. To be sure, the focus is on retail, and even then Dodd is careful to pick his spots. "In the arts district, people like cannabis. But that's not the same five miles across town; you're not a benefit, you're a burden. So proving you're a benefit and working with the community is really important." 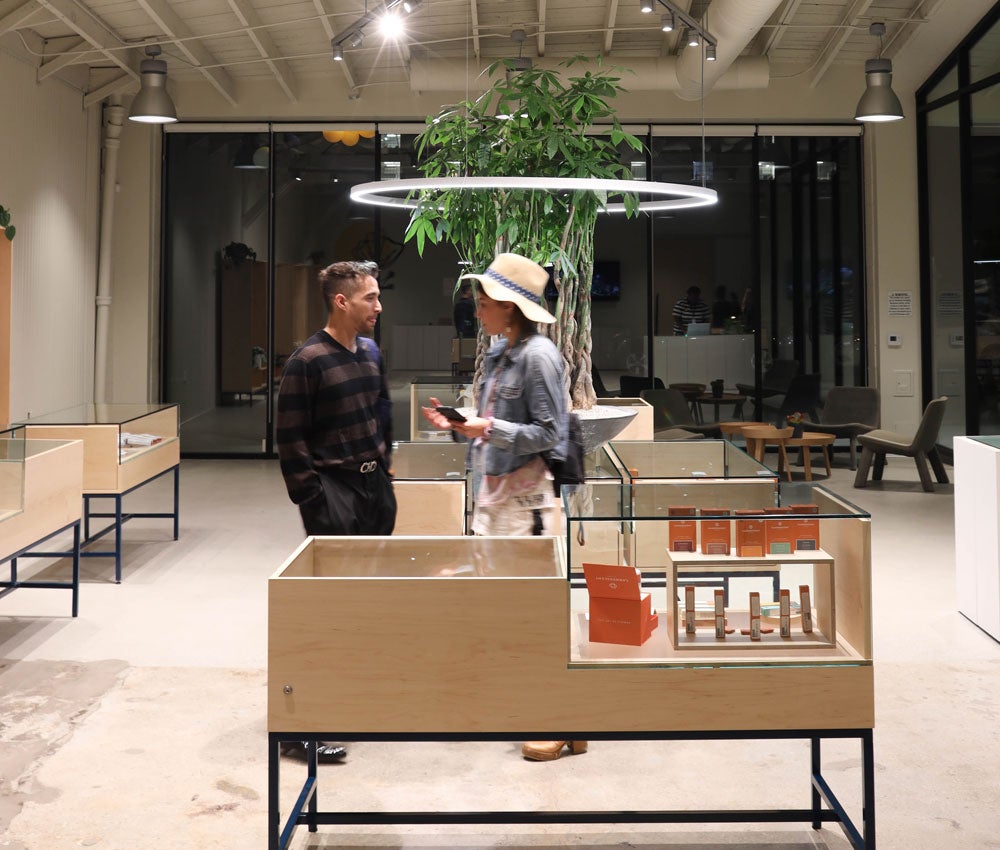 For that reason, Sweet Flower's expansion plans remain fairly local. "You're got 88 cities in LA county." Dodd points out. "Twenty-one have adopted cannabis regulation, and 67 have not, so you've got a ton of running room in LA County. Los Angeles is the largest legal cannabis market in the world, so this is a great place to be doing business." So while we're likely to see a doubling of their Southern California locations in the next two to three years — in Santa Barbara, San Diego, the desert — Dodd has no interest in being all things to all people. "I'll let other people be McDonald's," he says, smiling. "I'd like to be In'N'Out."