Why The Time Is Right For The Women Of Cannabis Conference

By Christopher Smith December 9, 2019
Opinions expressed by Entrepreneur contributors are their own.

If Stacy Thompson were a trapeze artist, she’d be the one performing without a net. She has spent her last four years perfecting a cannabis business model from states where legalization was still a few years in the future.

The platform for her trapeze act was Michigan, where she’d grown up and spent the first part of her career as a server, massage therapist, and birth doula. In 2015, three years before cannabis was legalized by voters (under the prohibition-throwback spelling “The Michigan Regulation and Taxation of Marihuana Act” of 2018), she began devouring new information about The Plant’s healing and wellness properties. She wondered whether others were having as much trouble learning about it.

The wheels started to turn when she saw an ad for an in-home party and realized the tried-and-true living room gathering (think “Tupperware parties”) could also help people get together to learn about cannabis.

Never one to half-commit, Stacy leapt into the abyss hoping to catch her next trapeze. (In non-metaphoric terms, that means she sold her house in Michigan and moved to Denver, Colorado to learn more about legal cannabis culture). As part of her Colorado research she went to a cannabis conference where, completely unplanned, she found a separate conference on direct marketing across the hall. She walked in cold, and another trapeze swung by. 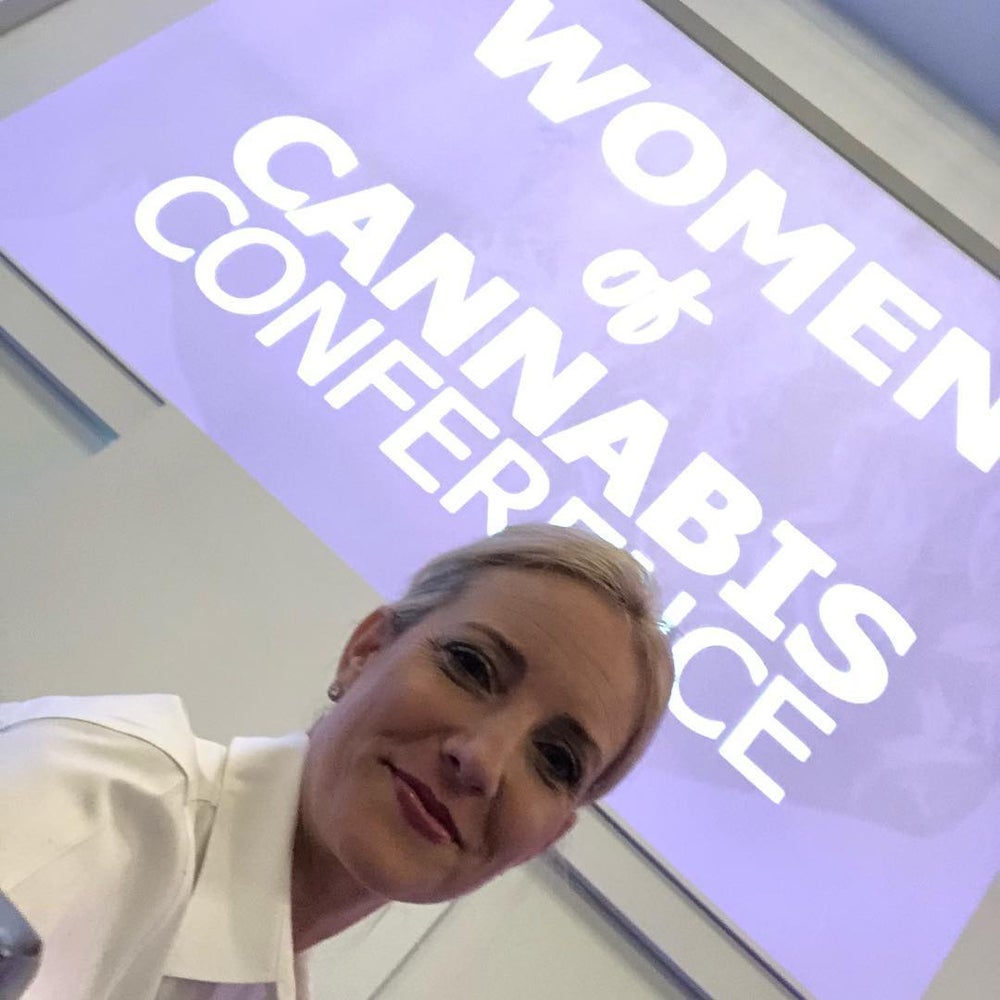 “I saw the opportunity to become the ‘Mary Kay of Mary Jay’…” -- educating people about cannabis in the comfort of a friend’s home and making money while doing it.

Stacy connected strongly with experienced direct marketers who convinced her to leap again, this time to Texas, where direct marketing is still red-hot. (And by the way, yet another state where cannabis is not yet legal.) Canna Closet was born and though still in “beta-stage”, Stacy has already organized events in 20 states. Her events in Texas are based around CBD from hemp, which is legal both federally and in Texas. “CBD stores are popping up everywhere,” she says.

Now one might think at this point that Stacy’s trapeze act is complete. She’s landed solidly in Texas, invested her whole life savings into her new business and it’s moving forward… we’re good here, right?

“I was shocked to find that women in the cannabis industry are so mean, tearing each other down all the time,” said Stacy recently. “I want to go the opposite direction, to work together, empower one another, and hold each other accountable.”

So Stacy created the Women of Cannabis Conference (WOCC), that will be held in Las Vegas on December 10th  as part of MJBizCon Week, the fastest-growing trade show in the country, “The day before MJBizCon, in a cool Las Vegas mansion.”

In fact, MJBizCon is a sponsor of our conference. They’ve put our logo on their website.” Chris Day, VP of External Relations for MJBizDaily, host of MJBizCon every year, said of this year’s partnership, "The WOCC aligns well with our core values of helping to create a strong, solid, and inclusive cannabis industry both domestically and around the world. We partner with affiliates who provide additional depth and opportunity to our attendees. WOCC certainly does that and it's a pleasure to work with a group whose goals and values are the same as ours." 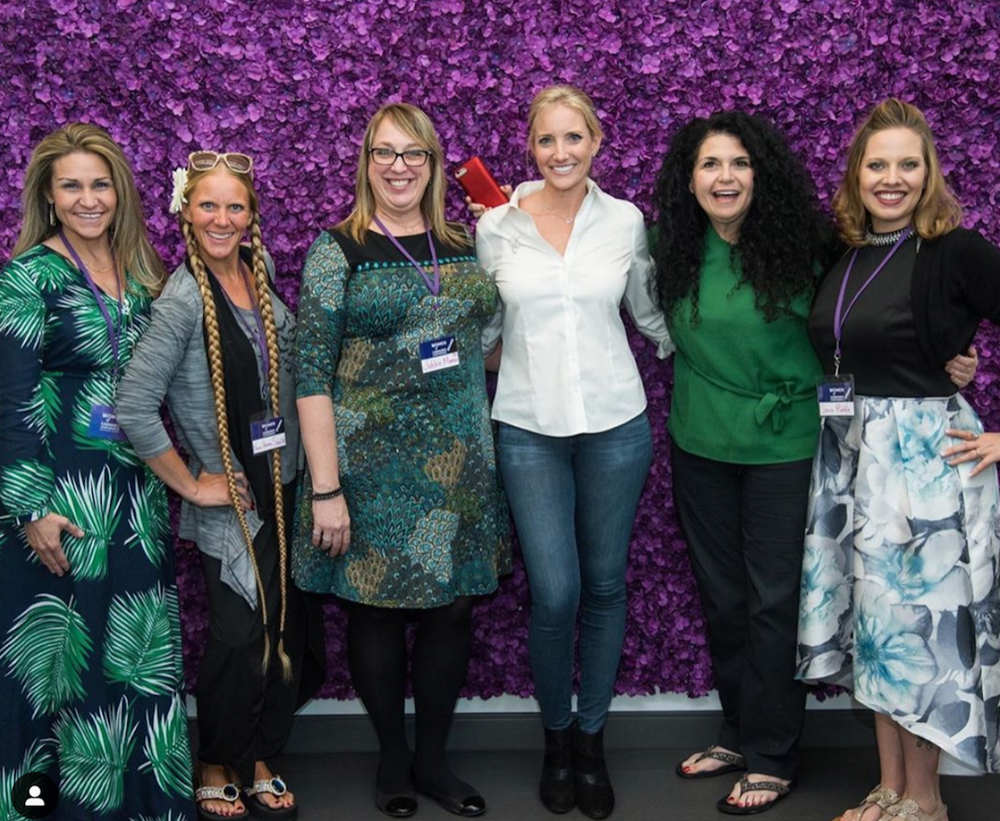 It should be noted that a woman forming a company, and creating a whole new women-focused conference couldn’t come at a better time. Not only are Women Disappearing from the Cannabis Industry, but equally important, The Cannabis Industry is Losing Women Leaders.

Talking about the conference gets Stacy energized.

“The Women of Cannabis is a different type of conference. It’s not about compliance, regulations, products or even competition with one another. It’s about how to listen to each other work together as only women can. I want to help create ways of working together even though we’re competing or doing different things. We need to support each other because we want every woman who wants a seat at the table, to achieve it.”

The WOCC provides the type of support for women, as well. “We’ve been really thoughtful about our speakers,” Stacy revealed. “We’ll have Lady Jane Branding help women figure out their archetype/personal brand, and then putting people together based on archetypes.”

“Ophelia Chong, industry pillar, is a force for celebrating diversity in our industry,” Stacy told me. “She founded StockPot Images and Asian Americans for Cannabis Education, was responsible for LGBT, Veterans, Women, Minorities and Disabled outreach for THC Design, and recently joined Green Sky Strategy, so I’m excited to hear her take on the future.”

Stormy Simon is an influential corporate warrior-turned-cannabis businesswoman who rose in ranks from a temp position at Overstock.com in 2001, to vice-president of branding in 2004, all the way up to the role president by 2013. “Stormy’s accomplishments are inspiring for any woman, but particularly having done so much as a single mother, married by age 17 and divorced with two kids by 21,” Stacy says.

Simon grew the ranks of female executives at Overstock from 7 percent to 33 percent in her time with the company before following her passion into the Cannabis industry where she’s become a longtime cannavangelist and recreational use proponent.

“Mila Jansen -- The Hash Queen -- coming from Amsterdam is a true OG; it’s super exciting that she’s going to be with us,” Stacy told me. “Rylie Maedler will be speaking as well. She’s a teenage powerhouse and rare disease survivor who is the CEO of her own cannabinoid company and a non-profit foundation -- and that’s AFTER she helped pass five laws granting children in her home state of Delaware access to medical cannabis.”

One new feature of conference is a Female Cannabis Entrepreneur Contest. “It’s a program I brainstormed and developed with one of our organization’s advisors, industry connector Andre Bourque,” Stacy recalls. “Candidates have been nominated over the past several weeks and the winner, announced at the conference, will receive expert advice and mentorship from industry leaders in our organization who will be donating the time and services.” 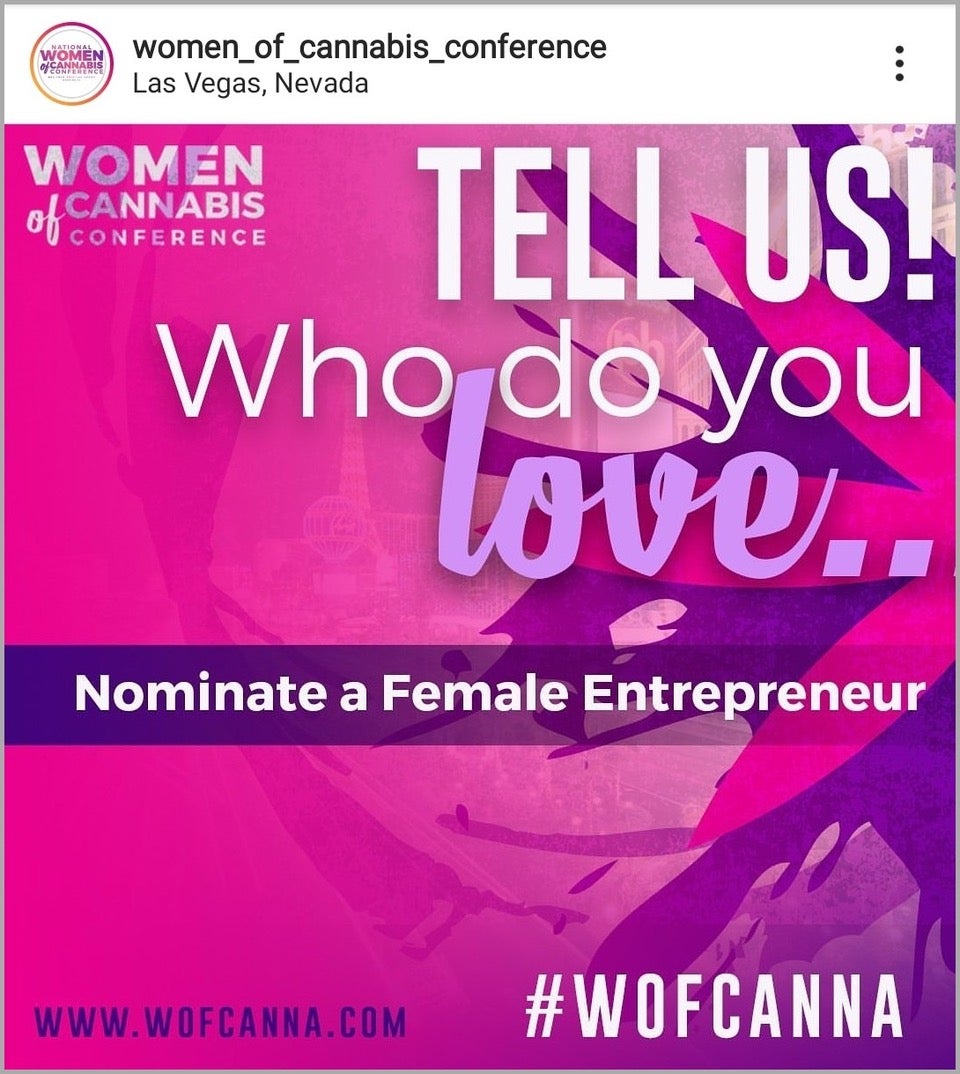 “The winner is going to get support with her website, marketing strategy and advice, bookkeeping, MJBizCon is donating tickets… we will keep up with winner for the whole year. At the next conference in 2020, she will share what she’s learned.”

Because that’s what the organization was designed to do.

Cann Just Sold Their Ten-Millionth Can