The Excitement Over Weed Beer, Explained

Cannabis-infused drinks are all of a sudden uber trendy, so what's the big deal with the specialized booze?

By Weedmaps News December 23, 2019
This story originally appeared on Weedmaps

Consuming cannabis has massively expanded over the last two years, with new products emerging onto the market every week. And cannabis-infused beverages have made a big impact. Within the cannon of infused beverages, beer specifically is on the rise, with beer drinkers identified as a ripe crossover audience.

A familiarity with herbaceous flavors from hops, an overall inclusive chill vibe, and low-dose servings contribute to the naturally shared audience between spirits and cannabis. Since the change in legislation at the top of 2018, the cannabis-infused beer world has been growing healthily, with high hopes for the future.

Weedmaps News spoke with leaders of the cannabis-infused beer world as well as an Advanced Cicerone® to get the inside scoop on the current state of the weed beer industry, where it is headed, and what it brings to the larger cannabis space.

Weed beer was “definitely inevitable,” according to Kevin Barnes, the Executive Vice President of Brewing Operations and the man behind pioneer brand Two Roots. Barnes has been a professional brewer for 10 years and “has heard about brewers wanting to use cannabis in their beers since day one.”

He notes that “public opinion [of cannabis] is rapidly shifting.” While it's tempting to view cannabis-infused beverages as a trend, Barnes points out that the influx of new products is likely the tip of the iceberg of a profitable emerging category with staying power. In addition to major investment from the world of big alcohol, cannabis-infused beverages as a category is headlining in the world of finance.

RELATED: Drinkables Are The New Edibles. Where, When And How Can You Get Them?

What Is Weed Beer?

Before we dig into what “weed beer” is, let's mention what it's not. So-called canna-beers are not typical beers because they don't contain any alcohol. Current laws prohibit the mixing of any cannabis product with alcoholic beverages; the category is made up of beer-like beverages that are designed to taste and be consumed like beer, but swap the alcohol for cannabinoids like CBD and/or THC.

So how do these products that taste like beer, look like beer, and are packaged and marketed like beer come to be? The process is fraught with logistical, legal, and brewing challenges.

Most products that fall under the weed beer umbrella are dealcoholized beers, though there are products like HiFi Hops, which are decidedly not branding themselves as beer, but rather serve as a bridge between the infused water and beer worlds. For most, the first production hurdle is brewing a beer that is suited for dealcoholization: “You can't just make normal beer, you really have to brew differently ” says Barnes, noting the challenge of crafting a beer that retains character without alcohol, which is one of the main carriers of body and flavor. 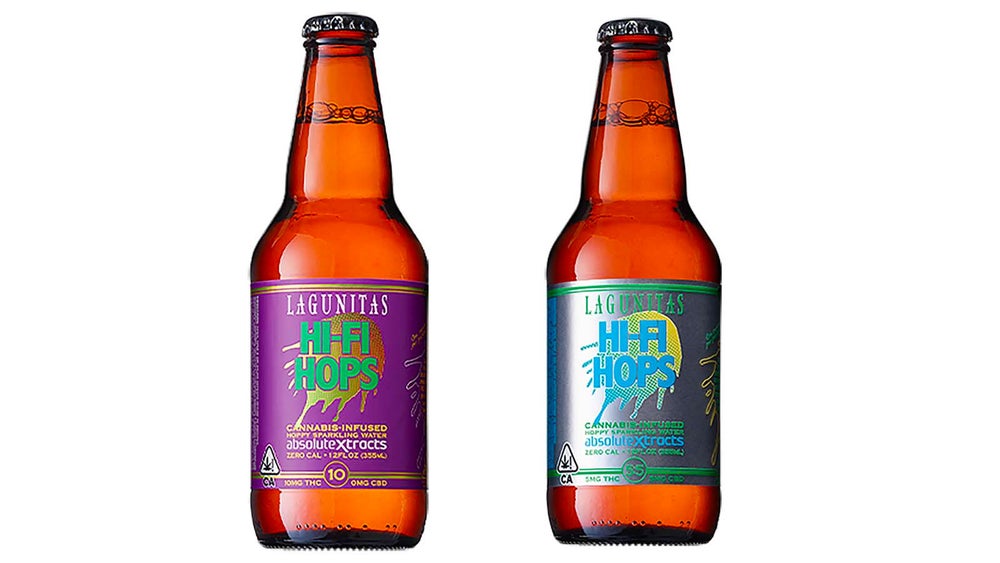 Lagunitas' HiFi Hops are made with hops and cannabinoids to mimic the experience of drinking a beer.
Image credit: Courtesy of Lagunitas

Once a quality dealcoholized beer recipe is set, it's time to infuse. The current industry standard is to use a flavorless and colorless THC and/or CBD isolate in liquid form. The compounds are generally nano-emulsified, which breaks down the particles small enough to be water-soluble and relatively stable once mixed with the beer. The nano-emulsification also makes the cannabinoids more bioavailable, which is a fancy way of saying the effects come on faster and feel stronger.

This technology is a big deal, and it is key in creating beverages that offer mood-enhancing effects in a similar time frame as a typical alcoholic beverage.

“[Our beverages] mimic the bell curve of alcohol with a fast onset of 10-15 minutes, and after about an hour and a half it dissipates … from a consumption perspective, we don't have to ask people to change, we've adjusted the product to fit natural behavior,” explained Maikel Van de Mortel, Executive Vice President of Marketing for Cannabiniers, which handles all Lighthouse cannabis products.

RELATED: Are Weed-Infused Drinks The Future?

Quick onset technology is a game changer, no doubt about it, but the research and development process presents its own headaches. A major roadblock is the number of facilities required for the basics of production. “We can't process or handle any cannabis products in our brewing facility … we have to make the non-alc beer here and then send it to the cannabis facility,” explains Barnes.

Imagine tasting and fine-tuning without letting a drop of alcohol into the cannabis facility or a drop of cannabis into the brewery. To make matters even more complicated, the current lack of federal oversight means that each state operates independently: “Our beers are being made and sold in Nevada as well as California, so we have to have a separate facility for cannabis extraction, infusion, and packaging in every state,” Barnes said. 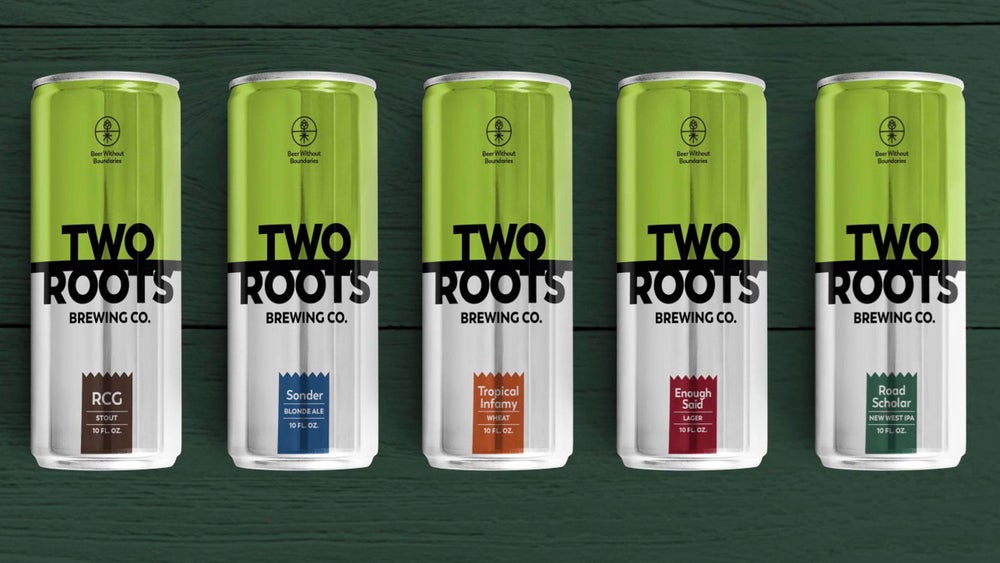 Once production is complete, there is the matter of navigating murky legal waters. Aside from not being allowed to call any cannabis product 'beer,' there are very limited outlets to find and consume the product. There are a few municipalities that allow onsite consumption, such as Los Angeles, San Francisco, Palm Springs and Las Vegas. While still few and far between, consumption lounges, like the Original Cannabis Cafe, are starting to pop up in these municipalities.

From a retail point of view, THC beverages can only be purchased at licensed distilleries. While CBD products are stuck in a gray area, there is a light at the end of the tunnel, as Van de Mortel points out: “Conventional retail for CBD only products will open soon … we're getting clarification from the FDA in January 2020.”

Could Weed Be The Future Of Drinking?

As the laws continue to evolve, canna-beer, as part of the larger cannabis-infused beverage category, presents unique opportunities for seasoned and new users alike. More than just another way to get high, THC-infused beers offer a consistent, predictable, and responsible way to engage with cannabis.

One benefit is the intuitive serving size, one beer equals one dose. Low doses, roughly 5 milligrams of cannabinoids per beer, combined with a quick onset, allow consumers to self manage their experience and bypass the unpleasant consequence of accidentally consuming too much, only to realize it two hours later. Van de Mortel elaborates: “ ... not everyone who walks into a dispensary knows how to self regulate ... edibles with 100 milligrams of THC can go wrong really quickly [among] the canna-curious … lower dose products cater to a much broader audience.”

In addition to offering intuitive low dose servings, weed beer merges nicely with the current overall trends in cannabis. According to the research of BDS Analytics, the top two cannabis trends for 2019 are social consumption and infused beverages. 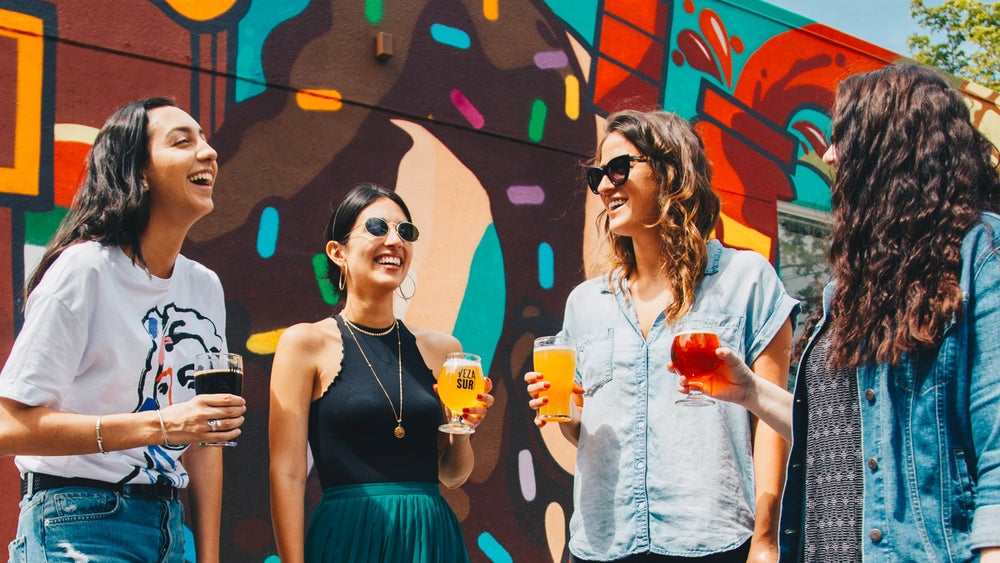 The excitement surrounding weed beer has been growing for years, but will it translate to drinking culture?
Image credit: Elevate/Unsplash

Angela Steil, Advanced Cicerone® and owner of the forthcoming 721 Bar in Harlem, New York, recognizes consumer trends and natural points of connection, which is why she projects that “beer will be one of the biggest industries driving [cannabis] laws and consumption forward.”

As a passionate beer lover, educator, and consumer herself, Steil admits to being “excited to have a non-alcoholic but THC/CBD based beverage option” as part of the larger non-alcoholic trend that she sees growing throughout her industry. “People are switching over and changing their mind about alcohol consumption … it's natural to go over to cannabis for a mind-body effect from a delicious beverage.”

Beer has the upper hand over other beverages from a flavor perspective because of the close relationship between hops and marijuana: “Especially considering the West Coast IPA and now New England IPA trend, the herbaceous taste is already familiar to beer consumers.” In addition to being a “no-brainer” from a flavor perspective, Steil points out that the “laid-back attitude of the beer industry” as an inclusive everyman drink culture, is well suited to cannabis.

Projections look good for the world of cannabis-infused beer, but only time will tell. Drinking culture is so old and these products are so new that there will likely be plenty of trial and error before leveling out. Will infused beers be a significant part of national cannabis consumption? To what degree will they replace alcoholic beverages? While these questions can only be answered in time, as Steil declares, one thing is already clear: “weed beer is not a trend, it's here to stay.”

Sundial’s Alcanna Acquisition Could Be a Game-Changer