These are the headlines that dominated the cannabis industry in 2019 -- what can we expect in 2020?
Next Article

Learn how to get your business funded in the Cannabis economy!
January 1, 2020 6 min read
This story originally appeared on MJBizDaily


The U.S. cannabis industry experienced some momentous moves forward on the legalization front in 2019, but it also faced significant obstacles that reflected how the licensed marijuana sector is continuing to mature and why it cannot always expect boom times and unfettered growth.

The top page views of the year at Marijuana Business Daily show the industry’s interest in both sides of the coin. Among the most viewed stories of the year were those that focused on:

What follows is a rundown of MJBizDaily’s top stories of the year, as determined by the number of page views on the U.S. site.

RELATED: 20 Bold Predictions For The Cannabis Industry In 2020

Los Sueños Farms, which is based in Pueblo, Colorado -- and is the largest marijuana cultivator in the state -- revealed in October that it lost millions of dollars because of an early winter storm.

The industry braced for ripples throughout the cannabis supply chain in the state, reducing the amount of marijuana available to retailers and processors -- and meaning higher wholesale cannabis prices. 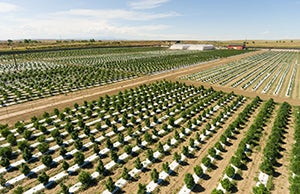 By December, however, Los Sueños’ owner reported the outdoor harvest was still better than 2018, and the company had ample material for the extraction market. The grower estimated it lost roughly $7 million from the freeze.

The Marijuana Opportunity Reinvestment and Expungement (MORE) Act of 2019 passed a vote by the U.S. House Judiciary Committee in November. If adopted into law, the measure could open up huge business opportunities for legal marijuana nationwide, similar to the federal legalization of hemp.

If the MORE Act does pass the full House in the 2020 election year, it still faces the huge obstacle represented by the Republican-controlled Senate.

Underlining why putting a moniker on a cannabis business isn’t as easy as it sounds, Atlanta-based United Parcel Service accused a group of California marijuana businesses -- United Pot Smokers, UPS420 and THCPlant -- of using names and logos that are “confusingly similar” to the package-delivery giant’s name and shield logo.

UPS also said the alleged infringement hurts its reputation through association with a marijuana company and further claimed the defendants have a reputation for offering “sham services” under the UPS mark and shield logo.

RELATED: 3 Lessons Entrepreneurs Can Learn From The Vaping Industry

Concerns over marijuana vaping-related fatalities and illnesses began to dominate headlines in earnest in September as U.S. health officials urged people to stop vaping until it was determined why some consumers were coming down with serious breathing illnesses.

Now at the end of 2019, the worst days of the vaping crisis appear to be behind the legal cannabis industry as evidence mounted that products from the illicit market were mainly to blame. 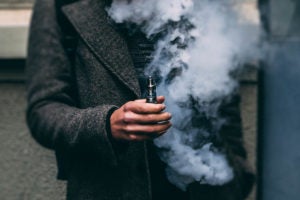 The cannabis industry went on the offensive this year as marijuana businesses pushed to educate consumers about the importance of buying from the legal market.

As news of the vape health crisis and related deaths spread, some in the cannabis industry expected at least a temporary drop in sales for products such as disposable vape cartridges, and that did come to pass.

The vape crisis hurt business in all recreational cannabis markets in the United States. And while vape sales moved up toward the end of the year in major markets, most have not yet fully recovered to where they were before.

In 2020, the legal marijuana business in California is likely to get worse before it gets better. And that’s after an already challenging 2019.

Marijuana businesses from retailers to distributors were affected and had to cease all sales until their licenses were reinstated to “active” status.

Later in the month, however, industry observers said California’s licensed marijuana supply chain likely wouldn’t see huge effects from the permit suspensions, because many of the cannabis companies involved weren’t operational or were canceled business ventures.

RELATED: The 10 Biggest Cannabis Stories Of 2019

In January, a legal loophole in Michigan was pointed out that allowed individuals to give away cannabis free of charge. That led to a new business model by some companies in which they sold products such as non-infused candy or art and added a free bit of marijuana as a “gift.”

Some entrepreneurs might have gotten the idea from Washington DC, where recreational cannabis is legal but sales are still prohibited and where gifting popped up as a way to sidestep the sales ban.

California Gov. Gavin Newsom signed an order in February that redeployed 360 National Guard troops from the U.S.-Mexico border to three other state-specific assignments.

The move was welcomed by the state’s legal marijuana growers, which have long struggled against a thriving illicit market.

Illinois made the historic move in May of becoming the first state to legalize adult-use marijuana cultivation and sales through its Legislature. 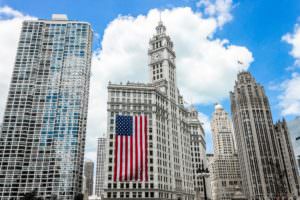 The announcement was cheered by the cannabis industry as it potentially created of one of the nation’s largest adult-use marijuana markets offering massive business opportunities.

10. Marijuana Wholesale Prices On The Rise In Mature Recreational Markets

As of August, wholesale cannabis prices looked to be going up in the recreational cannabis markets in Colorado, Oregon and Washington state, according to two reports and insights from growers.

The upward price trend seemed related to stronger demand and weaker supply, growers going out of business and some farmers pivoting to hemp.

Should Budtenders Be Allowed to Carry Guns?

Investments in cannabis companies: What you need to know for 2021