Twelve States That Could Legalize Cannabis Sales in 2020

Can the industry expect a possible recreational marijuana domino effect along the East Coast?

Up to a dozen states could legalize adult-use or medical marijuana in 2020 through their legislatures or ballot measures, although only about a handful will likely do so.

Much of the cannabis industry’s focus will home in on a possible recreational marijuana domino effect along the East Coast, which could create billions of dollars in business opportunities.

RELATED: How Investors Place a Value on Your Cannabis Business

Adult-use legalization efforts in New York and New Jersey stalled in 2019, but optimism has rekindled this year.

Potential legalization activity runs from the Southwest to the Dakotas to the Deep South. Mississippi in particular has a business-friendly medical cannabis initiative that has qualified for the 2020 ballot. 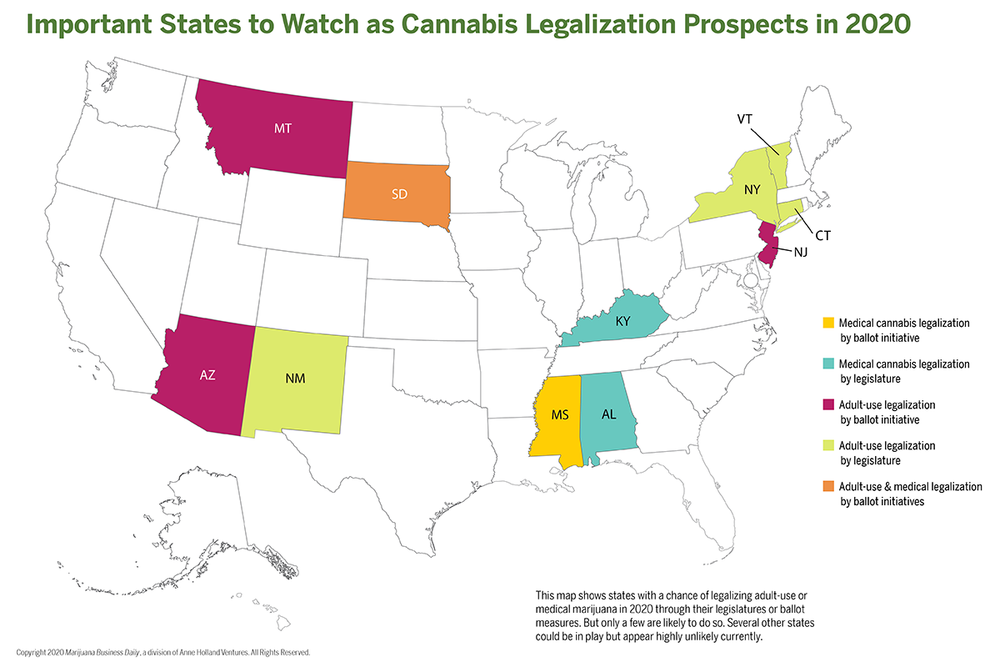 Here are three factors to keep in mind as states address either recreational or medical legalization this year:

What follows is a rundown of some of the states expected to consider recreational and medical marijuana ballot and legislative measures this year, listed in order of their likelihood of passing.

Jeff Smith can be reached at jeffs@mjbizdaily.com