Can Cannabis Help Break The Cycle Of Inflammation And Obesity?

To kick-start quelling inflammation, adding cannabis cultivars (strains) that are high in CBD may be just what the dietitian ordered.
Next Article

Learn how to get your business funded in the Cannabis economy!
Laura Lagano
February 13, 2020 3 min read
This story originally appeared on The Fresh Toast

RELATED: New Study Finds People Who Use Marijuana Weigh Less Than Those Who Don't

Substances, called cytokines, which are secreted by immune system cells, can create other health issues, including insulin resistance. Insulin resistance, a precursor of type 2 diabetes, which is frequently (but not always) related to obesity. Chronic diseases, such as diabetes, do not happen overnight. They happen over a lifetime of less–than–optimal lifestyle habits. A habitual diet high in sugar and processed food raises blood sugar, which tells the body to make insulin to clear glucose from the bloodstream.

Chronic consumption of these foods forces the body to produce increasing amounts of insulin in order to keep up with the increasing influx of sugar. Eventually, the body becomes desensitized and insulin stops responding. The result is high blood sugar, which causes more inflammation, further exacerbating insulin resistance. And, so the vicious, unhealthy cycle continues.

Reaching for sugary, processed foods becomes the routine way of eating, which may be related to endocannabinoid (ECS) signaling. All roads lead to the endocannabinoid system.  ECS signaling involves the activation of receptors by endocannabinoids, triggering specific actions in the body. 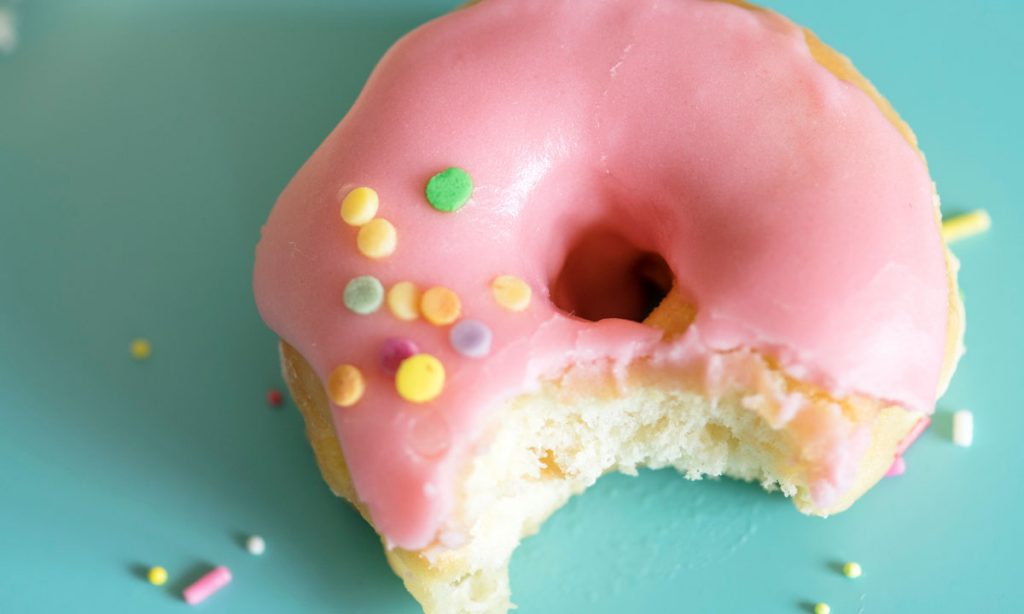 Signaling in the gut may drive overeating of the Standard American Diet (SAD) of processed, low-nutrient foods, which leads to elevated levels of endocannabinoids and potentially more overeating. What eventually happens when consumption of processed, sugary foods increases? Insulin resistance. Now, we are back at the beginning of the cycle again.

The question is: how to reduce the inflammation? Changing eating habits to follow an anti-inflammatory food plan is vital. For those with endocannabinoid system dysfunction and resultant food addiction, changing lifestyle routines can be challenging. Consulting with a nutritionist who is well-versed in the endocannabinoid system is helpful.

RELATED: The Connection Between Intermittent Fasting And Your Endocannabinoid System

To kick-start quelling inflammation, adding cannabis cultivars (strains) that are high in CBD may be just what the dietitian ordered. CBD (cannabidiol) is one of the most potent anti-inflammatory compounds in the plant world. In fact, the US government has a patent on this cannabinoid as an anti-inflammatory. Because the ECS is involved in the modulation of many physiological systems, CBD can work to combat inflammation throughout the entire body. Ultimately, CBD may help reduce disordered food consumption, lower inflammation, and help manage obesity.

Microdosing Cannabis: What Doctors Say Is The Best Way To Consume

Treat Your Aches and Pains With This CBD Cream