Events celebrating the most well-known cannabis holiday are getting canceled left and right, forcing brands to get creative and reach their audience in a variety of digital platforms.

By Kim Ring April 3, 2020
Opinions expressed by Entrepreneur contributors are their own.

During this strange period of what feels like months of quarantined madness, the days and hours are starting to blur together. However, as the general population sinks deeper into the Twilight Zone, there’s a group of people who will always know what time it is, especially around 4:19 p.m.

This year was supposed to be a big one for ganja consumers and cannabis entrepreneurs alike. In 2020, there’s an excuse to celebrate the unofficial cannabis holiday daily, as it reads 4/20 on the calendar throughout the entire month of April. Alas, the universe had other plans.

As one of the most vital annual celebrations for our industry approaches, businesses are growing increasingly aware that this year will not be the same.

Due to the overwhelming spread of COVID-19 and efforts to flatten the curve, events celebrating the high holiday are being postponed or canceled. So far, over 45 million people have been affected by event cancellations of all kinds— from the Olympics to SXSW. It’s safe to say, events involving friendly groups of people sharing joints, along with their germs, are no exception.

Thankfully, maneuvering loopholes for celebrating this plant isn’t new to cannabis enthusiasts. That ingenuity in the face of opposition is what 4/20 is all about. Industry veterans aren’t going to let social distancing rain on their 4/20 parade. Instead, several companies are curating virtual opportunities for people to connect in a time where the feeling of isolation may be overwhelming.

It’s a bittersweet month for cannabis party-goers. But for homebodies who prefer a calming hit on their couch, a quarantined 4/20 is not too shabby. During this uncertainty, the one thing we know for sure is that this 4/20 will be one for the history books.

1. The gift that keeps on giving: The Dabvent Calendar 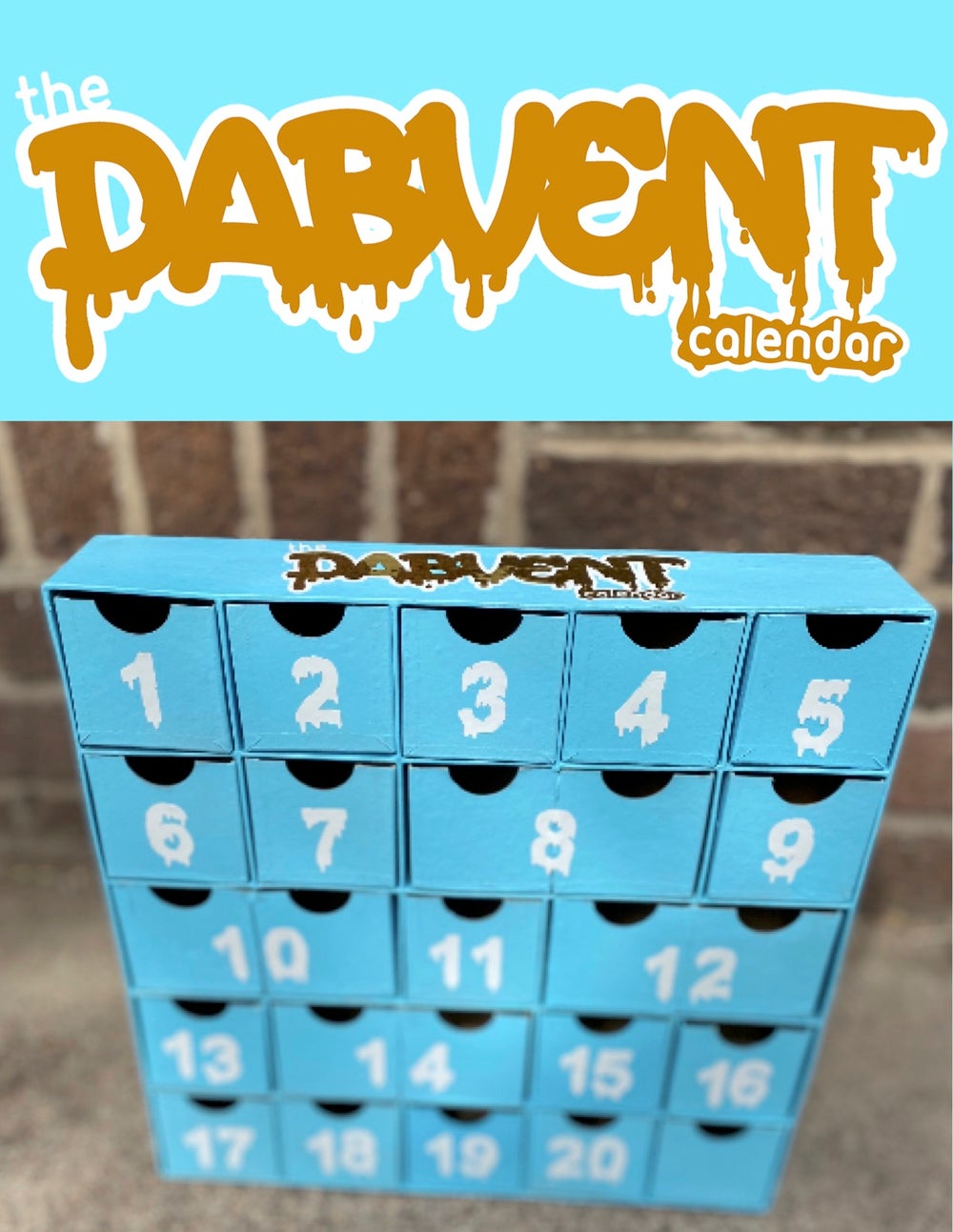 When April 20 arrives, giddy cannabis consumers are kids on Christmas morning. Higher Celebrations, an ancillary cannabis gifting company, is channeling that excitement with the Dabvent Calendar. It's a collaborative Instagram giveaway happening every day in April as we count down the days until 4/20. Each day, several cannabis-focused social media influencers will reveal a new surprise found in the Dabvent Calendar’s numbered box.

Michael Scherr, CEO of Higher Celebrations and inventor of the Birthjay, claims his love of puns and dad jokes sparked the idea for a month-long campaign that keeps the party going. It has created a much-needed sense of connection and inclusivity when we need it the most.

“Collaborating with like-minded brands to celebrate a holiday that we all know and love was the initial goal of this campaign, but it turned out to be so much more than that,” said Michael Scherr, CEO and Founder of Higher Celebrations. “I think everybody needs a little something positive to cling to during this time of confusion and isolation," says Scherr, "even if it’s as simple as checking in with your online cannabis community during their favorite time of day."

As this feeling of isolation intensifies and the hours spent staring at our screens skyrocket, Destini Boldt’s 50,000 Instagram followers turn to the upbeat social media persona of @chronicalewinsky for a daily dose of stoner humor. 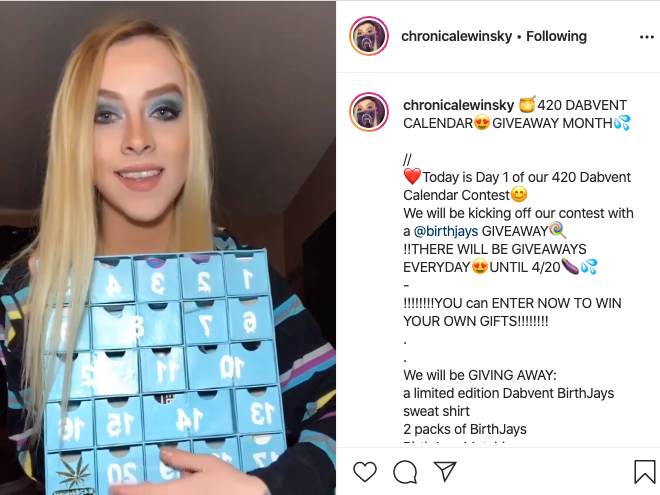 “My life as an influencer has been more based on keeping it light, and in times like these, it’s been a duty,” said Boldt. Boldt is one of the several cannabis influencers introducing each of the brands involved in the upcoming Dabvent Calendar campaign.

Every day at 4:20 pm from April 1 to April 20, 2020, the campaign host will open another product of Higher Celebrations, while Birthjays will announce the winner of the daily giveaway. By the time the holiday rolls around, not only will you know the date, forgetting the time will be damn near impossible. 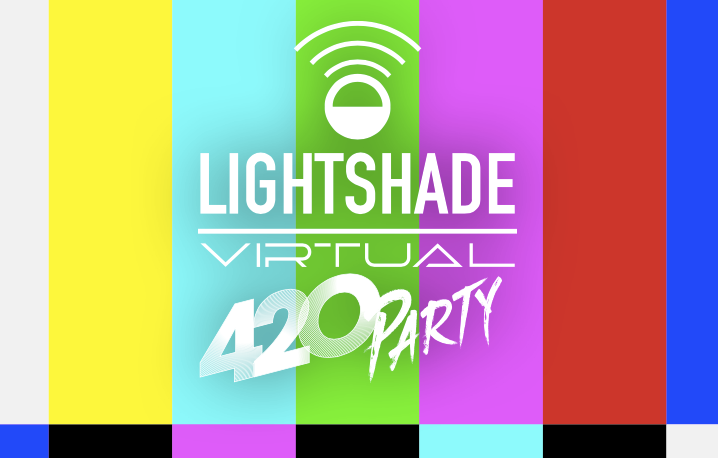 Now is a better time than ever to dance like nobody is watching, because unless you’re live streaming, not a soul can spot you getting jiggy with it in your living room.

Lightshade, a Colorado dispensary founded in 2011 with 8 dispensary storefronts, is providing the tunes on 4/20 so you can wait for the beat to drop whilst cozy at home. Lightshade is looking to bring the community together with this Virtual 420 party, which will highlight DJs and a chat room that will live-stream for free on Twitch. The company is expecting 50,000 virtual attendees and is also fundraising for nonprofits that will help its local Colorado communities over the next several weeks and months.

Additionally, plenty of well-known artists are bringing their performances online as a part of the #TogetherAtHome campaign throughout the month of April. Music will save us. 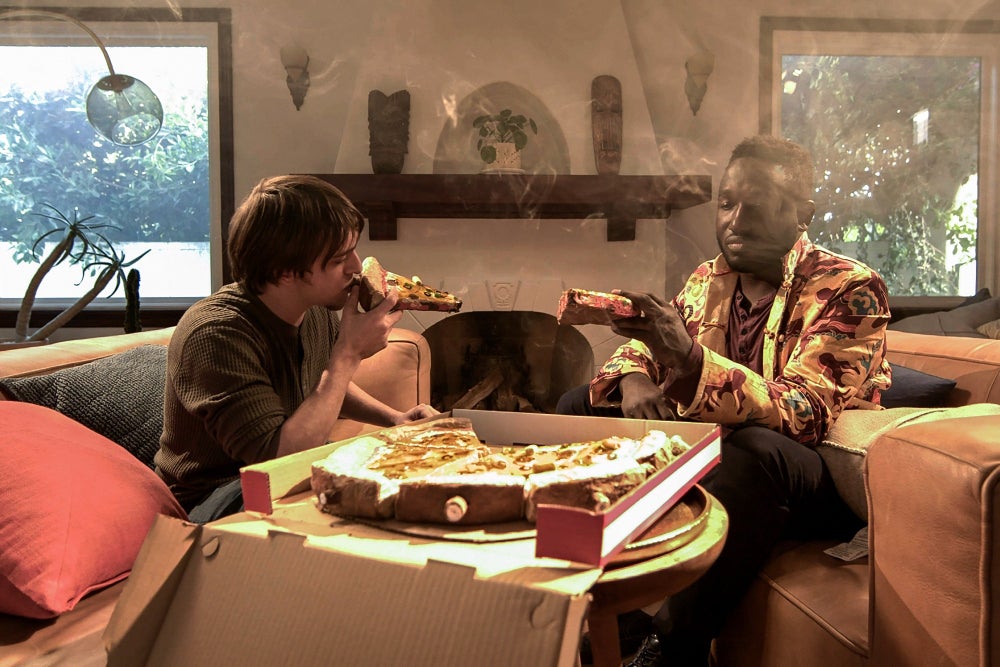 Famous cannabis artist, Tony Greenhand is launching a new series on April 6 that will put pretty much anyone’s joint or blunt rolling skills to shame. Greenhand holds the world record for the biggest joint ever rolled, and his collection of jaw-dropping smokable art includes his 4.2-pound joint in the shape of a watermelon. It qualified him for a unique job most of us only dream of having: a professional joint roller for celebrities.

RELATED: Will COVID-19 Spark The Rise Of Marijuana Home Grows?

In each episode of his new series, LET’S ROLL, Tony connects with a new celebrity cannabis enthusiast to create a personalized piece of smokable art. Not long after Tony makes their wildest joint dreams come true, it all goes up in flames. Literally. After all, what kind of show would this be if Tony just gave Hannibal Burress his new kush-stuffed-crust pizza and sent him on his way? The show wraps up with a smoke sesh between Tony and his incredibly baked celebrity guest (each with their own joint for safety).

4. Low and behold, the weirdest of the weird: The Spliff Film Festival 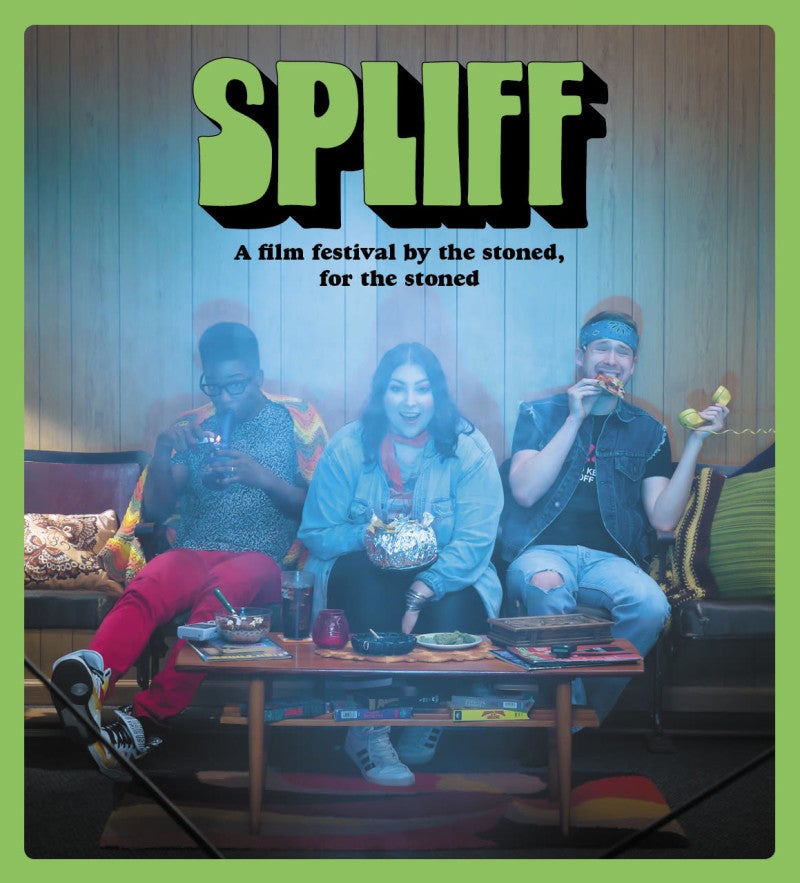 When a competition ranks winners in categories such as Trippiest, Funniest, or Stupidest, there’s a chance it’s weed-related. The brainchild of Dan Savage, Spliff Film Festival is an underground short film sensation in Seattle, Portland, Denver, and San Francisco, that’s “created by the stoned, for the stoned.” This year, from the comfort of your own home, you can sit back with a spliff and live-stream the collection of mind-blowing weirdness.

Buckle up, because this quarantined lifestyle of asking your pet for dating advice and ordering toilet paper online is about to get even more bizarre. This series of shorts, with a unique way of celebrating the cannabis plant and its liberating effects on our appetites, libidos, and wildest imaginations, is available for streaming until April 7, 2020.

5. Be the belle of the ball: Haus of Jane 420 Celebration 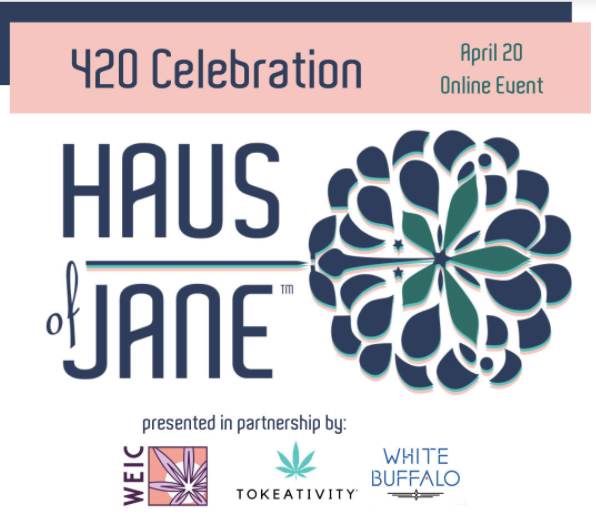 For Tokeativity, a global cannabis community for women, gathering for an online networking event isn’t out of the ordinary. The international organization with 20 chapters aims to empower women by offering business resources, meaningful connections, and inclusive discussions both off and online. Haus of Jane is an events series produced by Tokeativity, Women Empowered in Cannabis, and White Buffalo Events. It's an intentional social gathering for women entrepreneurs in cannabis that typically takes place during cannabis conferences throughout the year. The Haus of Jane 420 Celebration was scheduled to coincide with Hall of Flowers in California, but like several other events, the go-to tradeshow for cannabis cultivators was inevitably postponed.

RELATED: 7 Strategies To Grow A New Business During The Coronavirus Pandemic

“This upcoming 4/20 online event is focused on women leaders in the industry discussing the realities of today's post-COVID landscape,” said Lisa Snyder, Founder and CEO of Tokeativity. “Luckily, our global network has no problem shifting the conversation to our online platform instead, especially at a time like this when many women leaders are quickly pivoting their companies or may need inspiration after a recent job loss."

Tokeativity continues to roll with the punches and is now expecting around 1,000 attendees for the Haus of Jane 420 interactive event taking place throughout the entire day of April 20, 2020

America's original cannabis-infused painting class, growing to span 5 legal markets across the country, has had to suspend all in-person operations due to COVID-19. But that hasn't stopped it from bringing happiness to the cannabis community.

Puff, Pass & Paint's artist founder Heidi Keyes is leading Bob Ross-esque paint classes from her home on the company's Facebook and Instagram platforms. Keyes paints with you and alongside other Puff, Pass & Paint artists, teaching techniques like mixed media, pet portraits, using watercolor, acrylic, ink, and more. The painting classes are sponsored by Colorado-based cannabis cultivator Medicine Man and cannabis lifestyle publication Sensi Magazine. In addition, the company also asks for community donations for those who are able to support it. Otherwise, the stoner art classes are accessible to the quarantined public across the world.

Puff, Pass & Paint is the country's first cannabis painting class (an alternative to the booze-filled canvas and cocktails many know well) that has been even featured on CNN with reporter Randi Kaye hitting a joint from the popular art class during NYE. The company asks you to send in your masterpiece once you're done (and nice and stoned).

Kim Ring is a master storyteller when it comes to all things green, leafy, and aromatic. She enjoys dad jokes and silent discos. Ring's content often recognizes unique startup companies, empowers female leaders in the industry, or at the very least, makes you laugh.

5 Ways To Contribute To Healthcare Workers