Nu-X realized they had the ingredients and capability to create 200,000 bottles of sanitizer for donation. So they went for it.

Lorenzo De Plano wanted to make a difference. The 25-year-old Senior Director of New Ventures at Turning Point Brands was sitting at home watching the horrible reports of how COVID-19 was ravaging the nation and asked himself, "What is the key here to reducing potential risk to human life? How can I help?"

He picked up the phone and called a bunch of his friends who worked in hospitals and the medical field. The message was clear. They were desperately running out of sanitizing liquid and manufacturers were charging exorbitant prices to fulfill their need.

The irony of this was not lost on him. The same liquid vilified for causing deaths in the Vapegate crisis last year (minus the toxic components added by the black market) could now potentially save thousands of lives.

Related: How The Black Market Is Threatening The Legal Cannabis Market

A few days later, the FDA issued its guidelines for manufacturing alcohol-based sanitizer. De Plano realized that with just a few tweaks to their original e-liquid formula, they could quickly churn out medical-grade sanitizer for hospitals and clinics.

Once De Plano and his partners Brendan McDermott ,30, and Eric Anwar, 27, got the green light from Turning Point Brands executives, they went into full hand sanitizer mode. Nu-X normally makes CBD ingestibles, soft gels, vape pens, and pet products, but now their main product would be a gel that protects against disease-causing microbes. What's more, this would not be for profit. They would be donating the product for free. Every bottle was labeled: "For Donation Purposes Only." 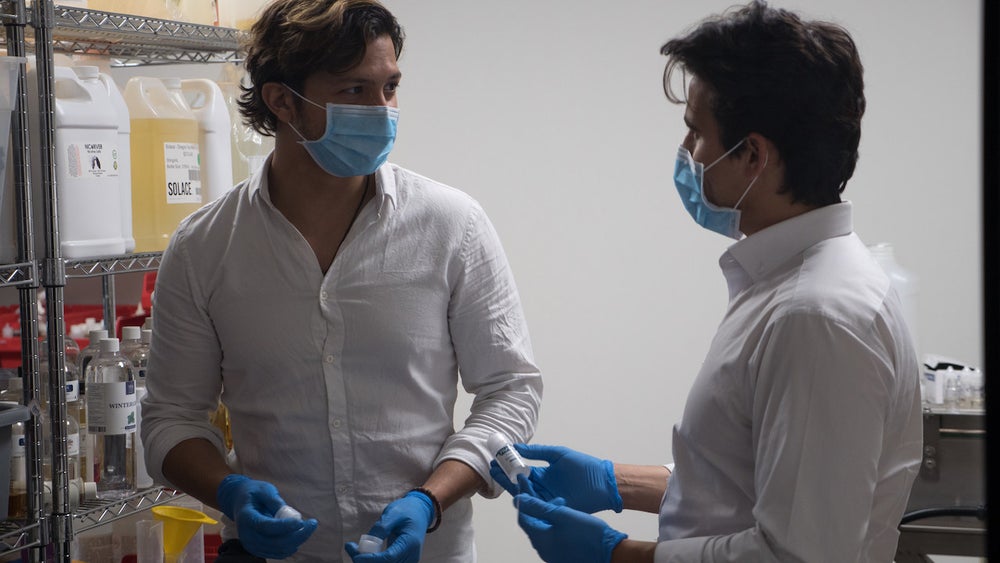 While Nu-X had the ingredients and the capability to produce quality hand sanitizer, there were some early roadblocks. First, there was a question of what kind of bottles to use. Nu-X used childproof, air-sealed bottles for their e-liquids, not the simple pump or flip-up lid most are accustomed to using for hand sanitizer. But the response he got from his leads was, "We don't care. Get us whatever you have. Give it to us in gallons."

There was also the challenge of sourcing enough of the ingredients—such as alcohol, ethanol, and essential oils. According to De Plano, those ingredients are harder to come by these days as demand is very high from for-profit manufacturers. But he says in "one of the craziest coincidences I have ever seen," one of their partners had already started a CBD hand sanitizer product four months earlier,—a project that had been nixed when they realized it wasn't going to be profitable. As a result, they already had the ingredients for about a few thousand bottles in stock already and all the suppliers and know-how in place.

While Nu-X initially made a commitment to give 100,000 bottles of hand sanitizer away, De Plano believes that number is more likely to be north of 200,000. Demand has been tremendous.

To date, they have shipped bottles to hospitals and clinics in California, Kentucky, Tennessee, and Connecticut. They recently made a huge donation to the Order of Malta, a charitable organization for the homeless in Los Angeles, and they have formed a partnership with health insurance provider Humana to distribute over 12,000 bottles of hand sanitizer at over 150 clinics.

Aside from issuing a press release, Nu-X has done very little to promote their efforts, but that hasn't stopped it from "spreading like wildfire," says De Plano. "It really is a case study for how powerful word of mouth is."

While the entrepreneurial side of De Plano realizes that there is a potential business opportunity with very favorable margins in their new hand sanitizer venture, he says that is not the point.

"In times like these, it's an opportunity to make a statement. Maybe somebody will notice what we're doing and maybe that'll help us in the future. But who cares? I mean, people need hand sanitizer. That's what really matters at this present moment." 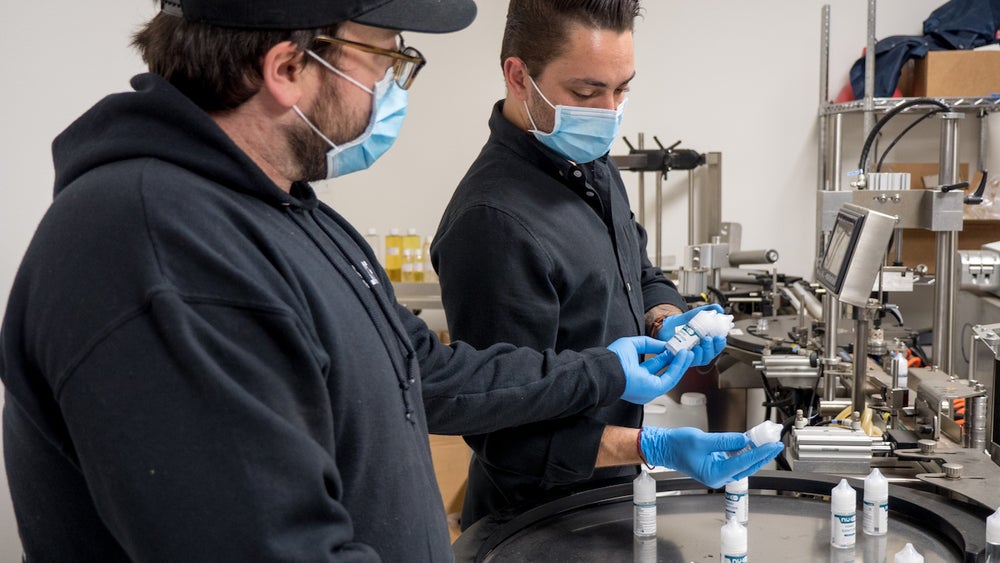