Can Marijuana Improve Sleep? Here's What We Know.

Researchers found that a proprietary CBD-THC blend was able to help chronic insomnia patients fall asleep and stay asleep through the night.

In the past week, Google searches for “why am I having weird dreams lately” has quadrupled. It appears the global coronavirus pandemic has caused anxious dreams involving lockdown or other vivid scenarios. But it’s also within reason that you’ve experienced difficulty sleeping since the pandemic started and would like some help falling asleep.

According to new research from Australia, cannabis could provide effective treatment for chronic insomnia patients. Though anecdotal reports have pointed to this possibility, this study represents the first double-blind, placebo-controlled clinical trial to show scientific evidence of the relationship. The study was funded by medical marijuana company Zelira Therapeutic, however, University of Western Australia researchers conducted the study independently.

Research began in 2018 after scientists recruited 23 participants who were considered chronic insomnia patients. Those subjects were then given either an active dose or a placebo for two weeks, given in the form of a cannabis tincture. Single or double doses were permitted, depending on user preference and their severity of symptoms. The active marijuana tincture was a proprietary cannabinoid blend called ZTL-101, with both THC and CBD. Researchers have not disclosed the exact formula at this time.

RELATED: How To Use Marijuana To Help You Fall Asleep

Among those who’d taken an active marijuana dose, ISI scores dropped by 26% and that reduction was higher for those who’d taken a double tincture dose. Treated participants also slept for more hours, fell asleep quicker, and could fall back to sleep faster after waking than the placebo group. They also reported feeling less fatigued, less stressed, and reported significant improvements in their quality of life. 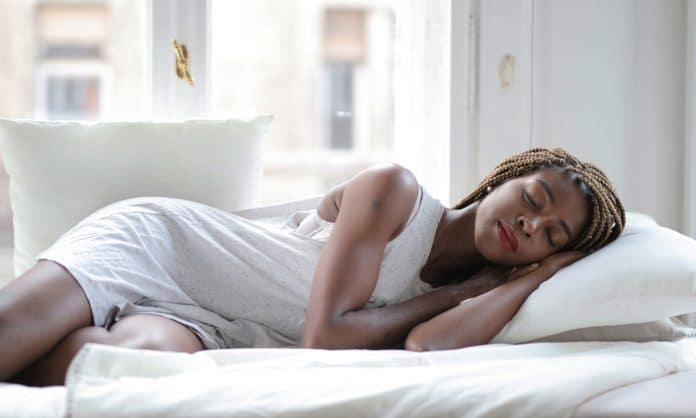 “This study represents the most rigorous clinical trial ever undertaken to assess the therapeutic potential of medicinal cannabis to treat the symptoms of chronic insomnia,” lead researcher Peter Eastwood said in a statement. “The fact that ZLT-101 treatment achieved statistically significant, dose responsive improvements across a broad range of key insomnia indices is impressive, particularly given the relatively short two-week dosing window.”

RELATED: Does Marijuana Work Better Than Sleeping Pills For Insomnia?

Insomnia affects around 30% of Americans and can pose greater risk factors for those suffering from chronic pain, cardiovascular disease, and mental disorders, like anxiety or depression. A recent study also found that medical marijuana helped chronic pain patients suffering from insomnia sleep through the night. However, the research indicated that chronic pain patients could eventually develop a tolerance to marijuana, which could result in interrupted sleep.