The legal cannabis industry in the U.S. has long contended it is unfairly burdened by IRC §280E's disallowance of deductions for ordinary and necessary business expenses.

By aBIZinaBOX Inc. CPAs – Jordan S. Zoot, CPA
Opinions expressed by Entrepreneur contributors are their own.

We have published a number of articles over the past two years that explained how the impact of taxes on the cannabis industry could be minimized. We specifically addressed Internal Revenue Code ("IRC") §280E in a couple of articles. See Analysis IRC Sec. 280E and a post-Harborside decision discussion in Dispensary Taxes – Post Harborside. Many in the cannabis industry contend that IRC §280E handicaps the ability of the industry to compete with the underground market. This contention is a red herring. IRC §280E complicates making money in the industry. As a consequence, IRC §280E is a serious handicap for some. For the well-advised, IRC §280E provides an opportunity.

The problem IRC §280E presents for the cannabis industry is the result of the gradual evolution of the use of this agricultural commodity by a small portion of the public into a legal industry in multiple jurisdictions. The legal cannabis industry in the U.S. has long contended it is unfairly burdened by IRC §280E's disallowance of deductions for ordinary and necessary business expenses. Fairness like beauty is in the eye of the beholder. Many industries get tax breaks. Tax breaks are penalties for those who do not receive them. Congress saddled the cannabis industry with a tax penalty because it was deemed criminal activity.

RELATED: When Will The Federal Government Legalize Marijuana?

The attitude of Congress toward cannabis appears to be gradually changing, although IRC §280E is not likely to disappear in the immediate future. The distribution of cannabis remains a criminal activity in the eyes of some. Of greater significance for planning purposes, when a change in the income tax treatment of cannabis occurs at the federal level, the change will undoubtedly come with a federal tax cost – most likely a federal excise tax. The truth behind the complaint of the cannabis industry regarding IRC §280E is that this statute makes it more difficult for cannabis businesses to make money without qualified professional advice. 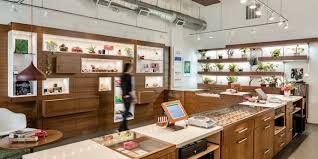 IRC §280E can be utilized as a tool by a well-advised California dispensary to establish a legal, fully tax-compliant business that is more efficient financially than a conventionally operated dispensary. A legal, fully tax-compliant dispensary that takes full advantage of all of the tax-minimization opportunities that are available to such a business is not only more financially efficient than a conventionally operated dispensary, such a dispensary can be competitive with the underground distribution of cannabis as well.

Those involved in the underground distribution who unlawfully appropriate a significant amount of money from the movement of cannabis from cultivator to consumer will be replaced by California and local taxing agencies and licensed, tax-paying intermediaries in such an instance. Cultivators, employees, cannabis consumers, and licensed, tax-compliant intermediary businesses will be little impacted by these such changes in dispensary operations. The primary impact of a wide-spread adoption of this operating model for dispensaries will be the collection by California and local taxing agencies of a substantial portion of the funds that presently disappear into the underground.

We have explained the principles for the conduct of a financially efficient dispensary in earlier articles. The principles we have explained have not been widely adopted. There are several reasons. The primary reason our articles have not had a significant influence on the structuring of the ownership and operation of cannabis dispensaries is that our opinions differ from conventional cannabis industry wisdom. Also, the implementation of financial efficiency is not easy. Implementation of financial efficiency for a dispensary requires qualified professional assistance.

The solution to the IRC §280E problem for a cannabis dispensary is to adopt a structure and operating practice that takes advantage of this discriminatory treatment under federal tax law. The adoption of comprehensive financial record-keeping systems and processes that provide verifiable information is crucial to establish the foundation for securing the financial benefits that flow from the tax-minimization generated by the proper operation of a cannabis dispensary. A conventionally organized and operated dispensary cannot successfully compete in the long-term with a legal, tax-compliant cannabis dispensary that takes full advantage of the opportunity IRC §280E provides for the well-advised.

The impact of the depression induced by the COVID-19 crisis on the cannabis industry will increase the interest in the adoption of financially efficient structures for the ownership and operation of legal cannabis businesses, including dispensaries. The cannabis industry is going to be incredibly competitive in the immediate future. Only the financially strong will survive to 2021. A more financially efficient cannabis dispensary is a stronger business. Stronger businesses are more likely to survive this depression.

In 2019 we published an article that described a technique for reducing the impact of taxes on a dispensary by removing the taxes collected from a consumer at the point of sale from the revenue of the dispensary. We pointed out this technique could be used to reduce the impact of IRC §280E.

See IRC Sec. 280E – Escrows. The conceptual foundation for a Cannabis Consumer Cooperative is an extension of the principles we described in the referenced article.

The justification for the exclusion of the taxes collected from a consumer at the point of sale from the revenue of a dispensary is based on the treatment of these funds as trust funds that are collected by the dispensary for the benefit of the taxing agencies that are legally entitled to these funds. The extension of this reasoning to eliminate the impact of IRC §280E through operation as a Cannabis Consumer Cooperative is easily explained.

A Cannabis Consumer Cooperative conducts business as a consumer membership organization. As a member of the dispensary, the consumer contributes capital to the dispensary to pay the dispensary's non-deductible IRC §280E expenses. The treatment of a portion of the money paid to the dispensary as a contribution to the capital neutralizes the impact of IRC §280E's disallowance of any deduction for these costs.

For the purposes of determining the revenue of a dispensary operating as a Cannabis Consumer Cooperative, the taxes collected at the point of sales are excluded from revenue. In addition, the amount of the capital contribution made by the consumer is excluded from the sales revenue received by the dispensary. The amount paid by a consumer to a dispensary operating as a Cannabis Consumer Cooperative for a cannabis product is treated as three separate transfers of money to the dispensary: (1) a deposit of funds for the payment of taxes; (2) a contribution to the capital of the dispensary; and (3) a payment for the cannabis product.

A comparison of a sale by a conventionally operated dispensary with the same sale by a dispensary operating as a Cannabis Consumer Cooperative illustrates the benefits of operating a dispensary in this manner. Suppose a conventionally operated dispensary sells a cannabis product with a COGS of $50.00 for $90.00 – an 80% mark-up. Also, suppose the taxes imposed at the point of sale are $25.87 (28.75% x $90.00). This amount is typical of the amount of taxes collected at the point of sale in California. Also, suppose the dispensary has operating expenses equal to 60% of its mark-up over COGS, which will be $24.00 (60% x $40.00) in the instance of this sale.

Whether a particular form of entity can be used to operate a dispensary as a membership organization is a state-specific question. There are a number of forms of organizations that can be utilized in California to operate a dispensary as a membership organization. Most states will have multiple forms of entities that can be operated as Cannabis Consumer Cooperatives. However, the laws of a particular state may be so specific regarding the type of organization that must be utilized for a cannabis dispensary, or so specific regarding the manner in which a dispensary must be operated, that it may not be possible to operate as a Cannabis Consumer Cooperative.

The preceding discussion understates the need for qualified professional assistance in the establishment of a dispensary as a Cannabis Consumer Cooperative. The preceding also suggests the establishment of such a dispensary in California is a fairly simple exercise. It is not. In California there are four variations of Cannabis Consumer Cooperatives. Each of these variations will produce different tax benefits and have different operating requirements.

For those who are not convinced by the preceding that the conversion of the operation of an existing dispensary into a Cannabis Consumer Cooperative should be seriously considered, the changes in the collection of Cannabis Excise Tax ("CET") proposed by Governor Newsom in his budget proposal for 2020-2021 will mandate such consideration if the budget proposals relating to cannabis are adopted.

See Consolidation of California Cannabis Licensing Authorities; How High? Adjusting California's Cannabis Taxes; and The 2020-21 Budget; The Governor's Cannabis-Related Proposals. We will address the Governor's proposals relating to changes in the regulation and taxation of the cannabis industry in a few weeks.

We are confident the changes proposed by Governor Newsom for the collection of CET will be adopted. California is already losing hundreds of millions of dollars in cannabis tax revenue. One of the primary reasons for this tax loss is an ill-conceived system for collection and remittance of cannabis taxes. The depression induced by COVID-19 has made California's need for additional tax revenue even more acute. Stopping California's revenue loss from the CET that is not being collected will be a no-brainer for the Legislature. Governor Newsom's budget proposals relating to cannabis will be adopted. You read it here first!