Jessie Grundy, CEO of Peakz, saw a big opportunity in the Oakland cannabis market and seized it.

By Sean Cooley May 19, 2020
Opinions expressed by Entrepreneur contributors are their own.

Growing up in Oakland, Calif., Jessie Grundy got his start in the cannabis industry as a high schooler selling weed from his puffy coat at lunch. Today, he’s the CEO of Peakz, one of the biggest social equity brands in the country. He’s also a mentor to aspiring minority business owners in the Bay Area.

Grundy was able to make the jump to the legal market thanks, in part, to Oakland’s social equity program. As a safeguard to corporations squeezing out small-business owners who’ve had no choice but to operate illicitly for years under cannabis prohibition, social equity programs ensure that a percentage of local business permits are received by individuals who have been disproportionately impacted by the War on Drugs. In Oakland, equity permit applicants must live in the city, earn less than 80 percent of the average city income, and meet one of two requirements related to either living in a heavily policed area or being convicted of a cannabis crime in the past 20 years.

Among Grundy’s keys to success are his hands-on approach to product packaging and design, and emulating the hype marketing strategies of famous streetwear brands in order to keep his strains in high demand. Here are some lessons learned in his journey from hustling through the shade of the illicit market to running a million-dollar company for the long run. 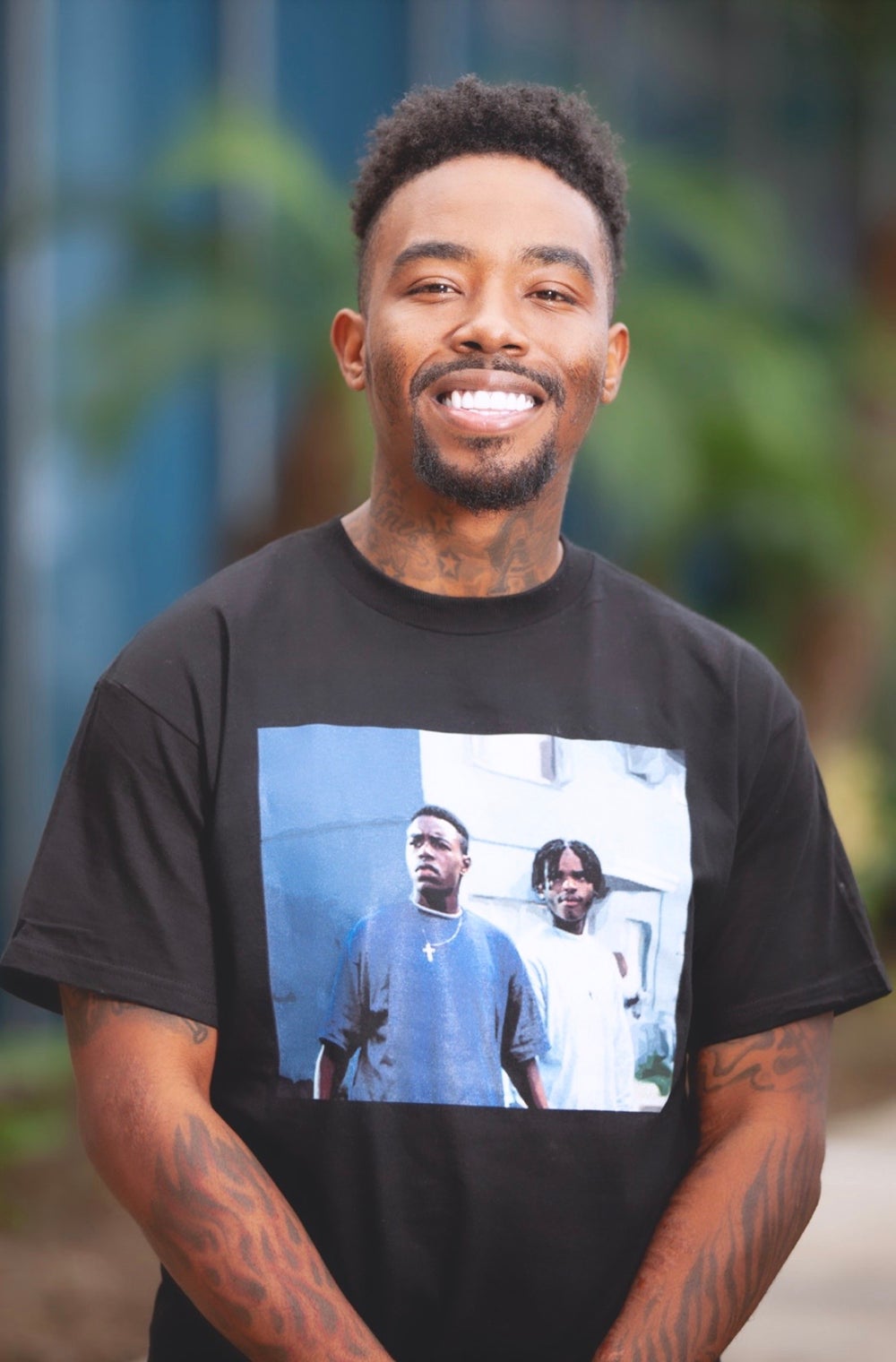 You went through the Bay Area’s social equity program. How did you qualify?

In Oakland, you have to either have a cannabis conviction or have lived in places that are earmarked for having been most affected by the War on Drugs. I lived in the affected areas for 10 years—and I was working in the cannabis black market, just reselling stuff. I was on the street, so I didn’t have any money on the books and I wasn’t paying taxes.

What was that life like, working in the black market in Oakland?

Back in high school, my friends and I were kind of like the iron fist, so people left us alone. They knew we wasn’t playing. We sold at school up in Oakland Hills. If you wanted to smoke at lunch or after school, you would come find us. I would have this big old baby-blue puff coat, and everybody would just look for the coat.

Once I started getting older and I was in the black market, that’s when it got a little scary because I was dealing with hundreds of thousands of dollars. Sometimes you’re dealing with strangers, and all you’re going off of is somebody’s word that this person is cool.

Were you ever arrested?

I have been arrested for smoking, but the police would always just let me go, luckily. I definitely got arrested a couple of times and placed in the back of a police car and got talked to about smoking weed. But it never really hindered me from smoking.

What’s your take on the black market now?

They’ve got to make a living for themselves, but everybody’s just thinking about getting quick money; they’re not thinking for the long term. Now that I’m running a legitimate business, I get propositions for big-time funding, millions of dollars, but on the black market, you can’t do that. It’s just everything that’s in your pocket.

Everybody’s just so cash consumed, but it’s really about growing something that’s going to live long and continue to make you money. The black market is the black market, but I think eventually it’s going to downsize.

Related: How The Black Market Is Threatening The Legal Cannabis Market

What caused you to decide to go into the legal market?

Just shady business. You hear stories of things going wrong—deaths, robberies, stuff like that. I have a daughter. At the time, she was about 3 years old. So I thought, I’ve got to do something different. I was always into trying to do things legally. I would always put my money into legal investments and entrepreneurship.

But on the streets, you really can only work with what’s in your pocket, and I knew that from being around it for so long. You get money, you buy some nice things to prove to people you’ve got money, then you go broke, and then you do it again. I was just tired of that cycle.

So you got accepted for the social equity program. What was that process like?

In the beginning, it was way easier than it is now because there weren’t as many people applying. Oakland has a law that states that for every general cannabis business application, there has to be one equity application. So none of the general population could do anything unless they had equity partners.

I found an incubator who supplied space for me for three years, and we have a really close relationship. He just showed me how to do my taxes, gave me advice when I didn’t really have anybody in the legal market to turn to. I couldn’t ask for a better incubator, the things that he did for me. He’s like a father figure.

How did you decide how to position your product for success?

I modeled myself after Supreme and Bait because I only distribute the product myself like they do. I’m really logo-based, I never change the look, but it’s always different colors. I make sure my product is at a price point where everybody can get it, but it’s still considered top-shelf. I like being exclusive. I learned all that from studying streetwear brands that have a long, cultlike following. I just want to be that niche brand that people are loyal to.

What do friends who are working in the black market make of your new, aboveboard venture?

They pretty much love it. I think I’m inspiring the hood, if anything, because I get people all the time telling me, “I can’t believe you’re doing this. How do you do this? I’m trying to go legal. Help me. What can I do to be like you?” These are people really in the streets asking about the equity program and probably would never even think about this if they didn’t see me doing it.

What are your company’s financials?

I have brand, which is The Peakz Company, and we’ve already done over $500,000 in sales, and we started in April. Then the distribution side, which is you’re buying other brands and you’re selling them back to dispensaries, we did over half a million dollars. So I would say a rough estimate is $1.2 million generated in revenue. We’re in 40 different dispensaries, in San Francisco, Oakland, San Jose, Los Angeles, Hollywood, Oxnard, Sacramento, Modesto. We’re in 11 out of the top 15 counties in California.

What’s next for you?

People have been asking me about licensing my name to a dispensary, maybe licensing to different cultivators, providing them genetics that we’re using out here so they could use the Peakz brand in other states. Because we’re getting so popular, celebrities, athletes, everybody’s reaching out to me. It’s a pretty humbling experience. I didn’t think I would get all this success so soon, but I’m just trying to handle it the best I can.

This Is Why Educational Design Is Crucial In Cannabis