By using this powerful anti-inflammatory, a Philadelphia cannabis company believes it can mitigate the immune response triggered by COVID-19.

By Brendan Bures June 10, 2020
This story originally appeared on The Fresh Toast

A Philadelphia cannabis firm has joined the race to create a COVID-19 cure using cannabinoids. FSD Pharma announced last week that the Food and Drug Administration (FDA) had approved the company’s application proposal to conduct clinical trials around the medicine. The treatment will use a drug called ultramicronized palmitoylethanolamid (or micro PEA) that includes synthetic molecules that mimic cannabinoids.

Micro PEA is a unique drug. It’s believed to act as an anti-inflammatory and promoted between 1969 and 1979 in former Czechoslovakia as treatment for influenza and the common cold. Clinical trials conducted at the time showed PEA was an effective prophylactic in respiratory infection, with no registered side effects. According to scientists behind the research, it could act as a quick therapeutic answer should a flu epidemic occur.

Today, the drug is promoted as a prescription nutraceutical in Italy and used to treat chronic inflammation. Pharmaceutical firm Epitech Group owned the rights to the drug and sold it under the names Normast and Pelvilen. Earlier this year, FSD, which is headquartered in Toronto, Canada, purchased the worldwide rights from Epitech for $17.5 million and re-branded it as FSD-201.

“We contacted the FDA in late-March 2020 after becoming aware that several Italian physicians and scientists were advocating for use of ultramicronized PEA for patients suffering from symptoms of COVID-19, based on the drug’s mechanism of action as a potent and safe anti-inflammatory agent that reduces the production of pro-inflammatory cytokines,” Philadelphia-based physician and FSD CEO Raza Bokhari said in a statement. 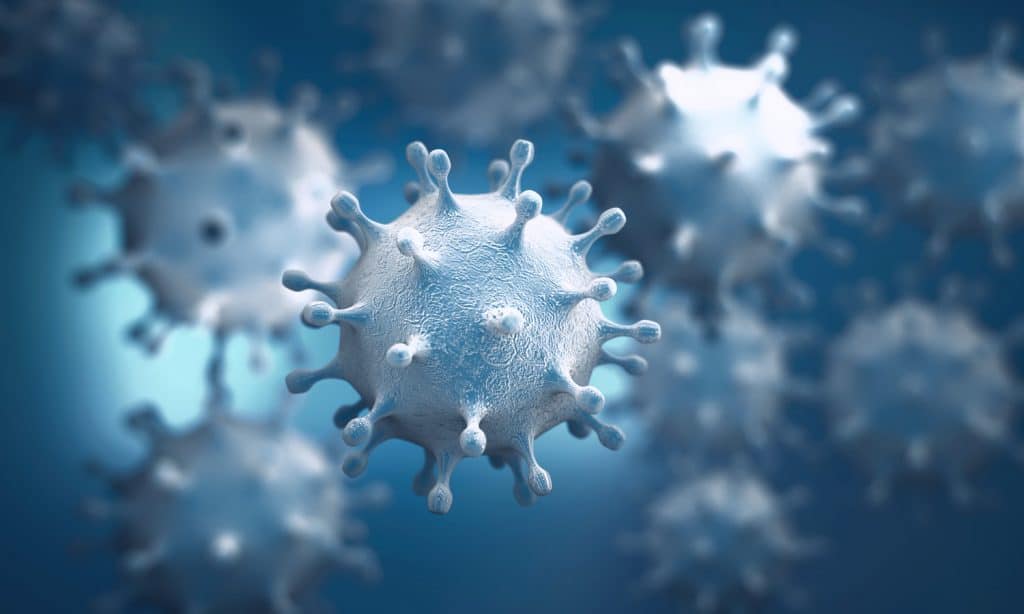 Photo by zhangshuang/Getty Images via The Fresh Toast

In an interview with The Philadelphia Inquirer, Bokhari emphasized that FSD does not claim cannabinoids, synthetic or plant-based, is an alternative for COVID-19 treatment. But the CEO said FSD-201 modulates the endocannabinoid system as “a naturally occurring fatty acid” by targeting CB2 receptors, which are believed to affect pain and inflammation in humans.

“Severe COVID-19 is characterized by an over-exuberant inflammatory response that may lead to a cytokine storm,” Bokhari told the Inquirer. “[FSD-201] is not a virus killer. But we believe it can mitigate that immune response, which can be fatal.”

Previous research published in Preprints suggested marijuana could manipulate the main cellular gateway that COVID-19 enters the system. Researchers wrote that a novel combination of cannabinoids “may become a useful addition to the treatment of COVID-19.” Israeli researchers have also launched clinical trials into whether marijuana terpenes could affect and/or prevent COVID-19.

Let's Be Clear: Smoking Weed Won't Protect You From COVID-19

The Omicron COVID Variant and the Marijuana Industry: 5 Key Questions