Is Hempcrete The Future Of Construction?

By Monica Raymunt June 12, 2020
This story originally appeared on MJBizDaily

(This is the first of a two-part series on the prospects for hemp-derived construction materials in the post-coronavirus era.)

Europe’s largest independent hemp grower and processor doubled down on the crop’s potential in the EU construction sector last month when it bought an insulation manufacturer in Germany and launched its own sustainable building supplies division.

HempFlax, based in the Netherlands, took over the German natural insulation manufacturer Thermo-Natur. Under the asset-based deal, the Bavarian company has been renamed HempFlax Building Solutions and will continue its production of Thermo Hemp insulation.

The move reflects HempFlax’s strategy to diversify its portfolio of hemp-derived products – something many in the European hemp space say CBD-focused farmers in the United States should consider doing themselves.

But is an expansion into hempcrete insulation a viable business strategy? While EU plans for a carbon-neutral economy could incentivize the production of hemp-based building materials, the hurdles represented by the COVID-19 economic downturn, a dearth of processing facilities and a lack of hemp building standards may not be so easily overcome. 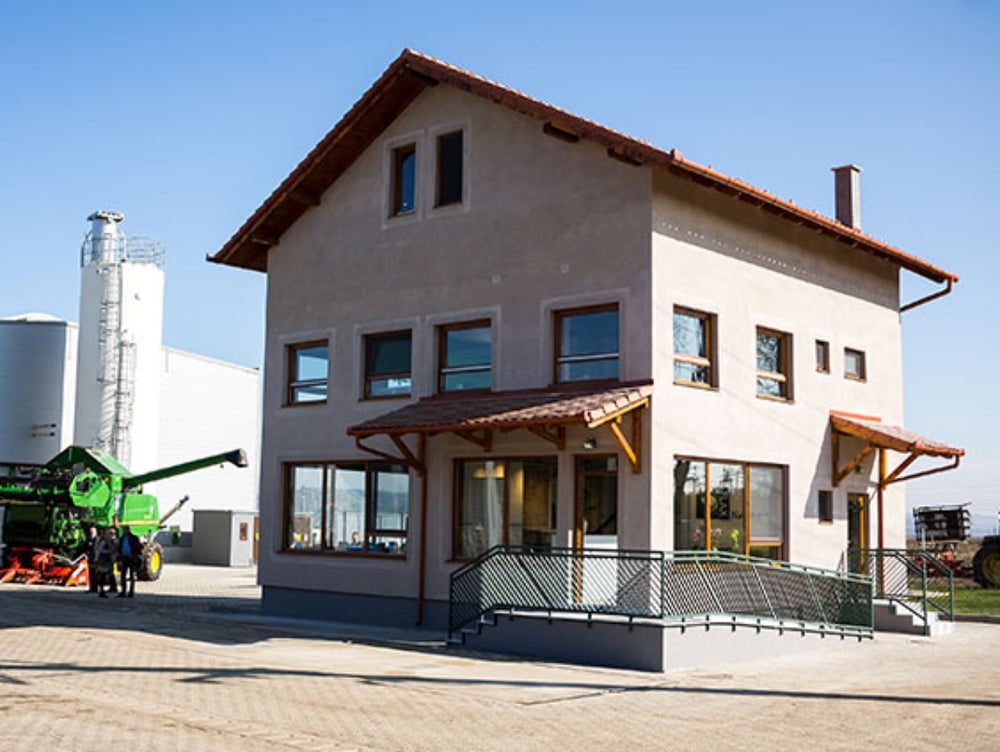 “We want to continue investing in non-CBD business lines,” Reinders said. “We always keep a close eye on the mix in our revenue streams so that we are not that sensitive to volatility in some of the business lines.”

Just under half of HempFlax’s total revenue currently comes from its CBD business. Around 20% of the company’s income is sourced from its animal-care bedding and nesting line, and another 15% comes from industrial products like plastics and fibers.

HempFlax supplies its six product divisions with biomass from contract farms in the Netherlands and Germany and its own growing operation in Romania. The company cultivated just under 2,000 hectares (4,942 acres) of hemp this year.

The construction industry has not been spared from the economic downturn resulting from measures to stem the spread of COVID-19, but contraction in the sector has shown signs of easing.

While home-building activity and commercial construction in the eurozone continued their downward spiral in May, the rate of decline slowed compared to April, according to a survey of construction firms carried out by IHS Markit.

“The rate of decline eased considerably as restrictions on business operations and workers were relaxed,” said Bernard Aw, principal economist at IHS Markit.

“In fact, Italy posted a mild rise in construction output, though Germany and France still recorded declines, albeit at much slower rates.”

The eurozone’s construction sector isn’t yet showing growth, though.

“The outlook remained gloomy, with concerns about the longer-term impact of COVID-19 weighing heavily on business sentiment,” Aw said.

Reinders acknowledged the construction and building sector will continue to be affected by the current recession, but he said that it was possible to use the downturn as an opportunity. HempFlax came out ahead after the 2008 financial crisis, he noted, because the company used that time to rebuild its production line.

“We are trying to do the same again,” Reinders said.

Hemp insulation is a niche market: According to HempFlax, it represents less than 0.5% of the 3.3 million tons of insulation used each year in the construction industry. But the long-term potential, especially in Europe, cannot be ignored, he said.

“I am convinced that renovating houses will be bigger than building houses,” Reinders said. “That will be done by people doing it themselves, and they will care about the materials that they use. A private home owner is looking for sustainable materials.”

He predicted a long life for the hemp construction sector.

“I think this is the right moment to step in, because we will be the industry to rebuild the economy.”

As the clock ticks down on the European Union’s goal of becoming a climate-neutral economy by 2050, the 27-member bloc this year launched a Circular Economy Action Plan. The plan acts as a roadmap for minimizing resource and energy consumption; keeping value resources in the economy for as long as possible; and curtailing waste generation.

The construction industry, which accounts for about 50% of all extracted material and is responsible for more than 35% of all waste generated in the EU, is one of several sectors targeted by the initiative.

The EU’s circular economy plan includes a strategy to promote sustainable construction practices throughout the life cycle of buildings. The European Commission has proposed, for example, stricter requirements in public procurement and broadening the scope of the EU legislation on eco-design and energy labeling.

The characteristics of hemp plant fiber give it huge potential in serving these priorities in the construction sector, said EIHA senior policy advisor Francesco Mirizzi.

According to the EIHA, the use of hemp-based construction materials should be incentivized both in public and private sectors, and business owners and consumers alike should benefit from their use.

“Hemp has the potential to decarbonize the construction sector while creating innovative and sustainable value chains,” Mirizzi of the EIHA said. “The solution is ready: we just need to upscale it.”

Part II of this story will explore the barriers to expanding the use of hemp fiber in the European and U.S. construction industries.