The state has an opportunity not just to open the doors to a billion-dollar industry, but to reverse years of marijuana criminalization.

By Michael Klein June 30, 2020
Opinions expressed by Entrepreneur contributors are their own.

Cannabis legalization in New York was a major topic at the start of 2020, and it still is. While this year presented unexpected challenges revealing some of our society’s most pressing issues, legalization can play a major role in solving some of the many systemic wrongs this country is facing. 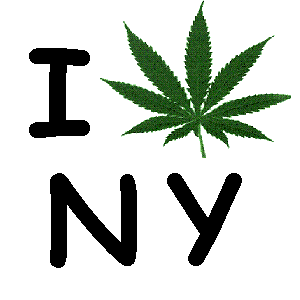 The reasons for cannabis legalization in the Empire State are vast. First, it makes economic sense. Year over year, the legal cannabis industry has seen double-digit growth in new job creation. Studies have shown the industry's positive economic impact on local business, education, and home value. Lawmakers need to stand up and recognize the significant opportunity that legalization provides, along with its ability to heal and empower the lives of the communities they serve, especially communities of color that have been disproportionately affected by outdated cannabis laws.

But while the allure of incremental tax dollars for states with soaring deficits is tantalizing, particularly in the wake of COVID-19, this is the wrong reason to pass legalization. Almost every state that has legalized cannabis has not met its initial revenue projections. For example, the first year of tax revenue in Massachusetts was less than half of the anticipated $63 million. But that is not a reason to walk away either.

New York has the opportunity to right the wrongs of decades of unjust cannabis convictions. Historically, the state had one of the highest arrest rates of African American and Hispanic Americans for low-level cannabis charges. One study found that in New York City alone, between 2015 and 2018 arrests of African Americans were 15 times the rate of Caucasians. The impact of these criminal records has a profound knock-on effect. It prevents individuals from employment opportunities, student loans, housing, and other public resources designed to help low-income families break the cycle of poverty.

There is some encouraging news: A new law was passed in June 2019 will erase the records of 160,000 individuals with low-level cannabis convictions. But more needs to be done.

“For too long, communities of color have been disproportionately impacted by laws governing marijuana and have suffered the lifelong consequences of an unfair marijuana conviction,” said New York Governor Andrew Cuomo. The state law was the first step to repair the damage brought on by years of counterproductive law enforcement policies that prevented these communities from being able to participate in the legal cannabis industry.

But New York now has an opportunity to take legalization one step further by creating an industry from scratch with inclusion and healing at its core. New York lawmakers have a rare luxury to borrow what has worked in legal states such as Washington, California, and Colorado while avoiding mistakes other states have made while legalizing.

A framework for success

According to a Pew Research Center survey, two-thirds of Americans say cannabis should be legal. States that have passed legislation each developed their own set of guidelines, some with mixed results. Mistakes include high taxes that create a barrier to entry, oversaturation of licenses in a given area, and a lack of social equity measures. Arguing that these missteps only continue to impact the black community negatively, critics call for a more measured approach to legalization.

New York should look closely at Illinois’ cannabis legislation. Governor J.B. Pritzker declared the “defining purpose of legalization is to maximize equity for generations to come.” With that foundation, the legislation includes a myriad of programs to support communities, especially people of color, who have seen the impact caused by years of oppression.

New York is on the cusp of legalization that could have a profound and lasting impact on countless lives and act as a beacon for the rest of the country. By making social equity the core of any bill, lawmakers need to involve voices for social justice, law enforcement, business leaders, and minority groups to create a solid foundation. This bill must afford proper recourse for the lives of people once isolated and marginalized by the war on drugs. Any bill that can’t provide a framework ensuring economic prosperity for affected communities will only be another missed opportunity to right systemic wrongs.

Michael Klein is the CEO of Miraculo Inc, an integrated data and media company that addresses the needs of underserved audiences in the medical cannabis and CBD market. The company has launched several verticals including cannabisMD.com, askCMD.com, and GodsGreenery.com

More About Legalize It

A Country Divided? Not When It Comes to Marijuana Legalization

Texas May Be the Next State to Legalize Marijuana