Known as slotting fees, the practice requires brands to pay anywhere from $500 to $15,000 a month for premium space on cannabis retailers' shelves.

By Eli McVey July 8, 2020
This story originally appeared on MJBizDaily

As more brands enter the marijuana products marketplace, competition for retail shelf space in key adult-use markets such as Colorado and Washington state is intensifying.

While the number of new brands – and, consequently, the amount of new products – continues to rise, growth in the number of retail stores has not kept pace, according to the 2020 edition of the Marijuana Business Factbook.

This has fostered a pay-to-play mentality among marijuana retailers, with some now charging brands a fee to occupy shelf space in states such as California and Nevada.

Known as slotting fees, the practice requires brands to pay anywhere from $500 to $15,000 a month for premium space on cannabis retailers’ shelves.

The use of slotting feels coincided with the rise in popularity of vape products, which was a major contributor to the retail shelf space crunch. 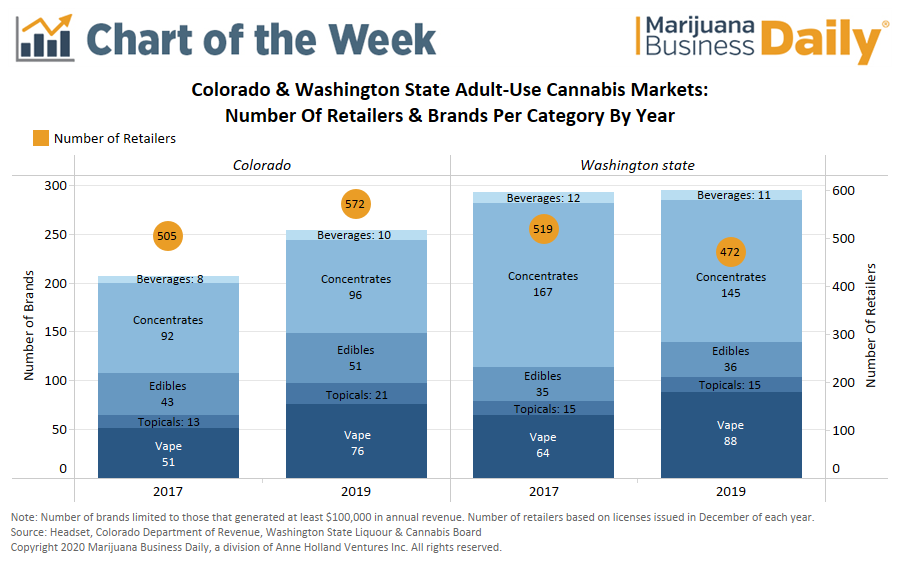 The number of brands in the vape category rose sharply from 2017 to 2019, increasing 49% in Colorado and 38% in Washington state. (For this story, Colorado and Washington are used as examples of brand-versus-outlet growth – and not necessarily as states where slotting fees come into play.)

Though the 2019 vaping health crisis dealt the category a blow, vape sales numbers are largely back to normal.

Slotting fees, meanwhile, are relatively common in the traditional retail environment, emerging in the 1980s as a way for retailers to prioritize shelf space for top-performing items amid a surge in the number of products manufacturers were bringing to market.

But it’s yet another example of the cannabis industry embracing established practices found in the mainstream consumer packaged goods space and is likely here to stay.

Eli McVey can be reached at Eli.McVey@mjbizdaily.com