How Did Oklahoma Become The Country's Hottest Cannabis Market?

"It would blow your mind, how many dispensaries there are just in this town. Every other building is a dispensary," says Daniel Lewis, CEO of the Cowboy Cup. "How those guys are all making money, I don't know."

The astonishing success of Oklahoma’s MED market may be best illustrated by the recent closure of the state’s largest dispensary: the Apco Med Shop in Oklahoma City.

When the COVID-19 pandemic hit, “the Capitol was closed down, and our store in downtown Oklahoma City lost all its foot traffic,” Dedre Galvez, who manages the company’s Tulsa location, said.

In other words, the clientele for the Sooner State’s biggest dispensary came mostly from government employees. How many of them were legislators can’t be known, but thanks largely to Oklahoma’s relatively lenient MED rules, the company’s “Tulsa shop is thriving.”

RELATED: California Is Wrong About Hemp, And It's Costing The State Millions

The same is true for dispensaries across the state. When the Oklahoma Tax Commission announced that April sales, at $61M, had set a monthly record, observers inside and outside the state were astonished.

4/20 festivities (which go on in some form despite the pandemic lockdowns) can help with April sales, but few people expected such a high number. But then in May, sales hit $73M.

Since 2015, WeedWeek has been the best way to keep up with the cannabis industry. WeedWeek’s audience includes many of the most influential figures in cannabis because we are editorially independent: Advertisers have no influence on our editorial content.

We publish two free newsletters: 1) WeedWeek by founder Alex Halperin, and 2) WeedWeek California by Donnell Alexander, as well as original reporting. The flagship WeedWeek newsletter has about 8,000 subscribers.

Follow us on Google News and be the first to see new WeedWeek stories.

Thanks to its lenient cannabis laws, Oklahoma has, surprisingly for a MED-only state, become one of the top markets in the country. 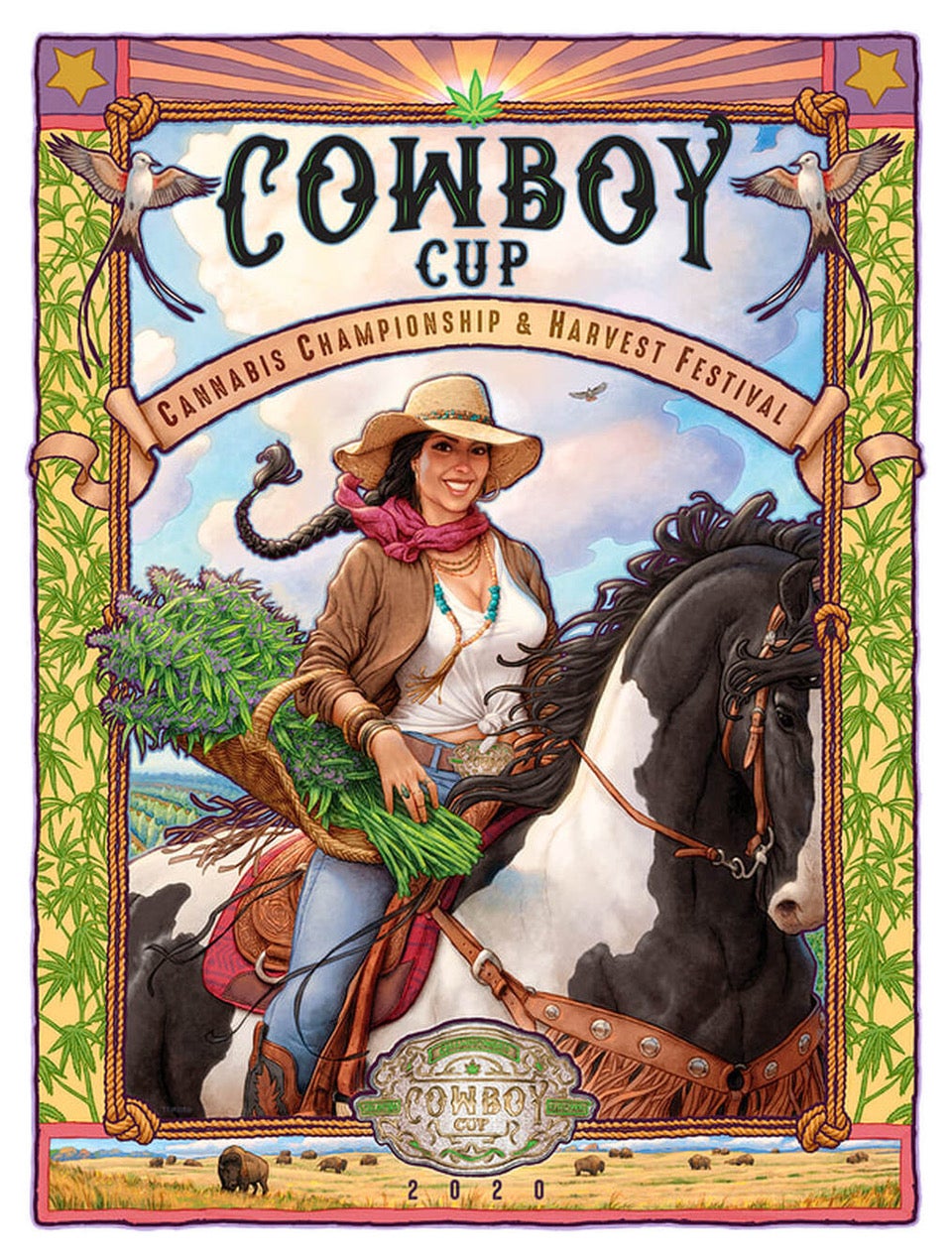 Pretty much anybody can get a MED card. As in other MED markets, a huge amount of business comes from customers who are not using cannabis to address a pressing medical need.

“It’s a de facto recreational market,” said one dispensary operator who asked not to be identified. “Most of our customers don’t have any specific underlying condition. I would say that’s about 85% of them.”

“It’s very easy to get a medical card,” the operator said. The state doesn’t even require patients (or “patients”) to list a condition. All that’s needed is a license and a doctor’s note.

Given Oklahoma’s conservative reputation, it might seem surprising that the state’s pot laws are so, well, liberal. The non-profit news site Oklahoma Watch chalks it up to “the state’s longstanding aversion to strict government regulation.” Oklahoma legalized MED via a citizen initiative, and conservative legislators decided that, even if they personally disapproved of weed, they weren’t about to impose a lot of restrictions.

In Oklahoma, “We’ve been in the closet with it for a long time,” said dispensary manager Galvez. “It blows my mind, the people who are buying it now — religious groups, school teachers — just way more people than anyone knew. We are the Bible Belt, but it turns out a lot of people in the Bible Belt have been using cannabis for a long time. One of my growers is a Sunday school teacher.”

Some businesses are pushing to make regulations even looser. A group of dispensary owners has sued the state seeking to do away with rules forbidding dispensaries from being located within 1,000 feet of a school, and another requiring licensees to have lived in the state for two years.

There is no upper limit on how many licenses a business can hold. Since MED sales began in July 2018, state regulators have issued more than 10,000 licenses, more than half to growers.

Nobody knows how many of the licenses are actually in use, and how many are being held for possible future use. That makes it hard to know how well the industry is doing on a per-dispensary basis, or how much larger the market could actually get.

Various observers have estimated that as few as 20% of the licenses are operational, or as many as 80%. An informal survey of various estimates puts the average guess at around 60%.

By all indications, the market still has some room to grow. The state is on track to record more than $700M in sales this year, far outpacing the $345M total in 2019, the market’s first full year. Sales taxes amount to nearly $12M a month, just in time to make up some of the revenue lost on account of the pandemic.

RELATED: You Don't Have To Raise Funds To Make It Big In The Cannabis Industry

The state boasts more dispensaries per capita than any other MED state, with 56 for every 100,000 residents. One out of every 13 Oklahomans has a medical card.

The consensus seems to be that the market is running out of room. There has been some consolidation, and a few dispensaries have gone out of business. Prices appear to be on a slow downward trend, though that’s not easy to measure thanks to pandemic-driven market volatility. (As in most markets, Oklahomans stocked up early on, driving sales down for a month or so afterward).

“The market is completely over-saturated. I think there’s going to be a bloodbath,” said Daniel Lewis, CEO of the Cowboy Cup, an industry event and competition held yearly in Stillwater. “It would blow your mind, how many dispensaries there are just in this town. Every other fucking building is a dispensary. How those guys are all making money, I don’t know.”

But even if there’s a shakeout, Lewis thinks sales will continue to grow. Last year, the Cowboy Cup had 144 entrants in its competition (which is patterned after the Emerald Cup in California) and 1,000 attendees. For this year’s event in December, “if we don’t hit 300 entrants, I’ll be really, really surprised.” He expects a minimum of 2,000 to 2,500 attendees. But, he said, “I think it might be a whole lot more.“

WeedWeek is a media company covering America’s fastest-growing and most interesting industry.

Executives, advocates, lawyers, journalists, and other influential figures appreciate our credibility and fairness on the latest developments in cannabis politics, business, health and science, criminal justice, and culture.

Earned Media Vs. Paid Media: Which Makes Most Sense for Your Cannabis Brand?