In this series, Ophelia Chong, co-founder of Asian Americans for Cannabis Education, mines critical advice from the most powerful Asian American entrepreneurs in the cannabis space today.

Richard Huang is what we call in the Asian community the Uber Asian, he outworks us, even at our culturally driven A-Type standards. Richard is the CEO and the force behind the hardware company Cloudious9, of which I’ve used even before meeting him for this interview.

In Chinese we have the term ma, used to describe cannabis by 2700 BCE, is the oldest recorded name for the plant, and trailblazers like Richard are continuing the “ma" innovation in both better health and technology.

RELATED: California Is Wrong About Hemp, And It's Costing The State Millions

How had your views on cannabis changed? And what was the impetus to that change?

Richard Huang: I was born in Taiwan and came to the United States when I was 10.  When I was brought up in Taiwan, we were taught anything classified as “drugs” would ruin your life within a single-use, while other more socially acceptable substances like alcohol or cigarettes were perfectly fine for adults.

Cannabis was certainly considered “drugs”. When a substance falls under the drug category, it was not further subcategorized and there was no explanation on how it interacts with your body. Perhaps by design, we simply did not understand it and was simply told to stay away from it. 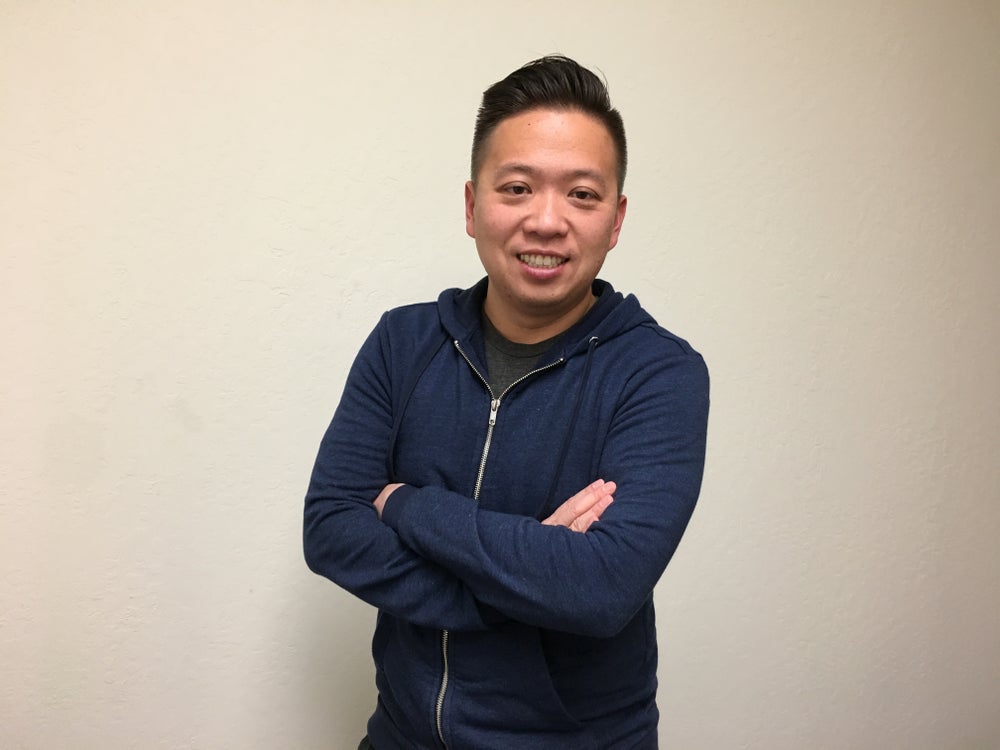 As a teenager growing up in the United States, I was of course exposed to cannabis at the same time I developed a habit of smoking normal cigarettes. Nicotine addiction became something I continued to struggle with for the rest of my life.  I have since stopped smoking, but after experiencing firsthand the negative impact it had on my body and how difficult it was to quit made me realize how unfairly cannabis has been treated in our society and especially in the Asian culture. There are so many substances that do astronomically more harm than cannabis, yet it is considered legal and even safer.

My personal experience made me understand I was misled for a good part of my life, and sometimes you really cannot believe what you are told. I strongly believe in and would advocate for more extensive research surrounding cannabis and hope one day we can truly understand this herb to its entirety.  I hope we can understand the good it can bring, and not shy away from understanding any potential harm. Treat it fairly and help educate others to do the same.

How did you enter the cannabis industry?

After starting my career as a Certified Public Accountant, I decided I craved the challenges of entrepreneurship and started my first business a little over 10 years ago.  Over the last decade, I built an international e-commerce business across Asia and the USA bringing various products (non-cannabis) to market.  I saw an opportunity several years ago due to the limited innovation on the hardware side that was occurring to transfer my skill sets and experience to the cannabis industry.

Did you do research into cannabis before entering?

I researched what companies were innovating in the space, and how best I could leverage my experience to add value to the industry. I realized that large established consumer electronics companies weren't entering the space, so there was a unique opportunity to use my product development skill sets and create a company based on innovation.  That led to the development of our first product, the Hydrology9, which was one of the first water filtered vaporizers on the market.

RELATED: Why Congress Needs To Support Cannabis Companies During the COVID Crisis

How does your family feel about your cannabis businesses?

I was fortunate to have a very open-minded and extremely supportive immediate family. However, I cannot say the same with all my family. To eliminate any unnecessary confrontations or discussion, there are certainly some distant family members who I rather not go down that rabbit hole with.

What is the most frequent question you are asked about cannabis?

The most frequent question I get asked, is how do I see technology changing the cannabis space? One of the biggest trends I have seen is that the consumption method chosen by the consumer radically changes the perception of the cannabis brand being consumed. As a result, brands are investing in technology in an effort to streamline and produce consistent brand experiences for the consumer.

What is your favorite way of ingesting cannabis?

It would have to be dry herb vaporization and more recently concentrates. I enjoy the variety of choices as to how clean it is on your body.  One of our core missions is to always be looking at ways to provide a new and better consumer experience and we believe hardware serves a unique role in the space to bring about such an innovative experience.

Where do you see the cannabis industry in five years?

Continuing to grow and becoming an economic cornerstone of the economy, much like the alcohol industry is today, but on a longer timeline then five years. We also believe the social stigma around the cannabis industry will continue to dissipate and significant headways will be made in turning the industry more mainstream.

Why do you think some Asians are against cannabis?

The most obvious reason is that culturally and philosophically, Asian culture emphasis a lot of self-control and has generally some reservation towards anything that is considered pleasurable. To a degree, we think anything pleasurable makes you lose control.

As a fan of history, I personally believe there is also a historical reason as well. The opium war that occurred during the mid-19th century was a short two-year war where China lost concession of Hong Kong and it was very significant as it reflected the undeniable truth that China was far behind the industrialized world.

I feel the Chinese society went through a long period of self-reflection on how it lost its position in the world as a first world country and opium addiction was to a large degree used as a scapegoat as one of the reasons why China fell so far behind. I believe this has a lot to do with why most Chinese culture-based countries in the world are extremely hard on any kind of recreational substance. Cannabis was unfortunately lumped together with the rest of “drugs”.

Ophelia Chong is the founder of Stock Pot Images, Asian Americans for Cannabis Education (AACE), and Mogu Garden Supply. Her advocacy is guided by one mission: to offer truthful reflections of the communities that embrace cannabis and psilocybin.