Because of the extended isolation and rising coronavirus numbers in Florida where the Disney campus is located, the players need help to maintain their mental health.

By Brendan Bures July 21, 2020
This story originally appeared on The Fresh Toast

Don’t take my word for it. Check this quote from an NBA agent when asked about players smuggling cannabis into the playoff bubble in a recent Athletic story.

“You’re asking about Fight Club,” the agent said. “There’s no testing for a reason.”

If you’re a little confused, let me catch you up to speed. The NBA will finish its regular season and playoffs with 22 teams in a “bubble campus” constructed on Disney World properties. The players will remain on the campus the deeper their teams survive in the playoffs — a minimum 40 days to a maximum of 82 days. In between practice and games, they can golf, fish, play video games, and play cards with teammates.

RELATED: Is The NBA Pro-Marijuana Now?

It is an AAU-style basketball summer camp, except almost everyone is a millionaire and over six feet tall. These men have become accustomed to a way of life constructed around their every whim. And now these men must stay in average hotel rooms, eat average food, and be bored out of their minds. It’s absurd and would even be hilarious if a global pandemic did not cause such circumstances.

But the NBA announced it would not test for recreational drugs throughout the duration of the bubble. This was a signal that players could consume marijuana without reproach. “There was probably weed hidden in all kind of stuff—DVD players, shaving cream cans,” another agent joked. 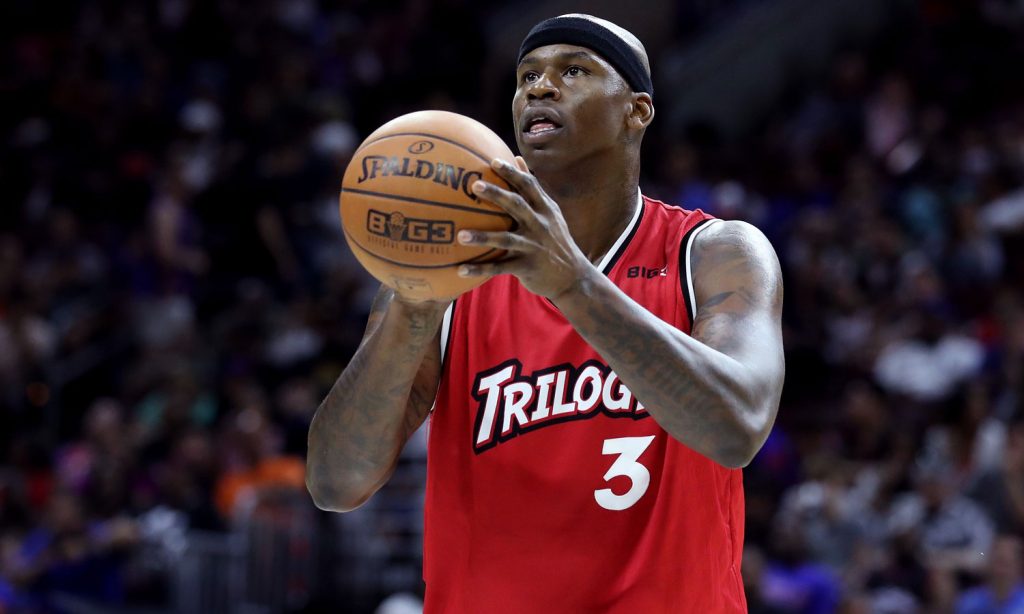 Photo by Rob Carr/Staff/Getty Images via The Fresh Toast

According to the Athletic story, players openly wondered among themselves if a pound of cannabis would last long enough in the bubble.

“Bring more than you think you’re going to need,” Al Harrington, an NBA veteran who reinvented himself as a cannabis entrepreneur, told The Athletic. “You might have that teammate who’s never smoked and might want to try it since they’re stuck in a bubble. So you might be supplying other people.”

Because of the extended isolation and rising coronavirus numbers in Florida where the Disney campus is located, players need tools and strategies to maintain their mental health. This is where cannabis could come in handy.

“When you think about it, it’s damn near inhumane for them not to have marijuana,” Harrington said. “These guys are going to need something to get away. Normally in the course of the season, the playoffs, if you have a bad game, you have a bad turnover to lose the game, you get to go home and see your kids. In this bubble situation, you can’t get away from the bad game. From a mental wellness standpoint, they’re going to need vices. If I had to choose as an owner, I’m choosing cannabis over them taking pills, over them drinking liquor and being dehydrated. You’re going to need THC in the bubble.”

These Marijuana Stocks Are Starting To Climb In 2021? Here’s What You Need To Know