By Brendan Bures July 24, 2020
This story originally appeared on The Fresh Toast

A longstanding zero-tolerance marijuana policy could be slowly eroding in the military. Earlier this month, a House committee approved a provision that would let troops who previously used cannabis to re-enlist. This week, Congress passed an amendment to allow service members the use of hemp and CBD products.

The amendment, sponsored by Rep. Tulsi Gabbard, was added to the National Defense Authorization Act (NDAA) and included several non-cannabis amendments. The House of Representatives approved the NDAA in a 336 to 71 vote Monday.

“The Secretary of Defense may not prohibit, on the basis of a product containing hemp or any ingredient derived from hemp, the possession, use, or consumption of such product by a member of the Armed Forces,” the amendment reads.

A memo that was recently made public revealed the Pentagon had quietly moved to make CBD use a punishable offense for military troops. The Department of Defense banned hemp and CBD products in all forms in February to ”protect the integrity of the drug testing program,” wrote Matthew Donovan, Acting Undersecretary for the Department of Defense. Previously, the Navy and Marine Corps. were permitted use of topical products, including shampoos and lotions. 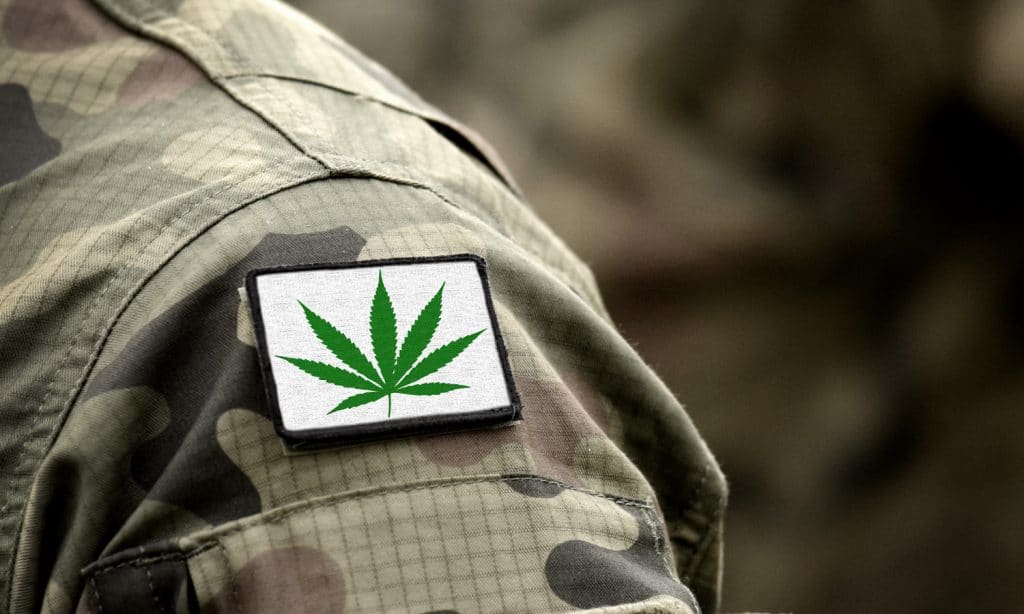 Photo by Bumblee_Dee/Getty Images via The Fresh Toast

The federal government legalized hemp in 2018 and removed hemp from its list of controlled substances. Law qualifies any cannabis products with less than 0.3% THC as hemp, which created the booming CBD market we see today. This has caused confusion for law enforcement in some states where marijuana remains illegal, as cops must conduct laboratory analysis in cannabis-related cases.

Donovan sought to avoid that confusion and “spare the U.S. military the risks and adverse effects marijuana use has on the mission readiness of individual service members and military units.”.

RELATED: Is It Possible To Become Addicted To Marijuana’s CBD?

If the NDAA is signed into law with Gabbard’s amendment included, it would supersede the DoD’s rules. The provision that would allow reenlistment despite prior cannabis use is also attached to the House version of the NDAA. It is unknown at this time whether these marijuana policies will find approval in the Senate.

However, a bipartisan group led by Sen. Dianne Feinstein introduced an amendment that would expand marijuana and CBD research. The group is seeking to attach the provision to the Senate version of the NDAA bill.