By Brendan Bures September 3, 2020
This story originally appeared on The Fresh Toast

A voter-approved initiative to legalize medical cannabis in Nebraska will appear on the November ballot, but marijuana shouldn’t even be labeled a medicine, according to Gov. Pete Ricketts. The comments represent a fierce opposition emerging in Nebraska against legalization.

“There is no such thing as medical marijuana,” Ricketts said at a press conference Monday. “This is not something that would be prescribed by a doctor. It’s not going to be distributed through a pharmacy. These are dispensaries that would be in your communities.”

Ricketts has spoken out against medical cannabis on multiple occasions and claimed that in legalized states, people “show up to work stoned” and cause a greater number of accidents.

“This is not a benign thing, this is a dangerous thing,” he added.

Research does not support these statements. Multiple studies have shown access to medical marijuana were associated with declines in fatal workplace injuries. Researchers suggest this happens because workers substitute cannabis with more dangerous drugs like alcohol and opioids.

But Wagner argues the measure violates a Nebraska law that states such measures can only pose one question to voters. The initiative instead poses two separate queries to voters: 1) Should state residents be allowed to access and use medical marijuana and 2) should private companies grow and sell cannabis if so. 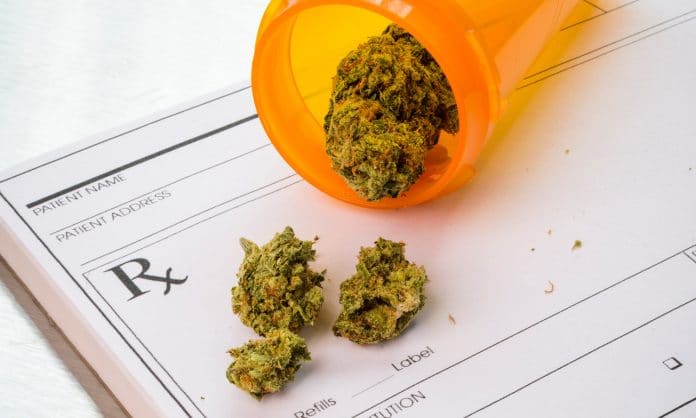 Nebraska State Sen. Adam Morfeld, who had tried to legalize medical cannabis through the legislature for years, recalled a previous question he had with Wagner regarding the plant.

During a Judiciary Committee hearing that he testified in opposition to medical marijuana because he claimed it was “dangerous” I asked Sheriff Wagner how many people had died from drug and alcohol overdoses in his career? He said too many to count. How many from marijuana? Zero. https://t.co/AkAdtshNQV

“During a Judiciary Committee hearing that he testified in opposition to medical marijuana because he claimed it was “dangerous” I asked Sheriff Wagner how many people had died from drug and alcohol overdoses in his career?” Morfeld tweeted. “He said too many to count. How many from marijuana? Zero.”

No date has been set for the official hearing. However, a decision needs to be made by September 11, the final day measures can be certified for the ballot.