Cheri Sicard is turning up the heat on unique, cannabis-infused meals.

By Ngaio Bealum September 16, 2020
This story originally appeared on WeedWeek

Remember when a pot brownie was the epitome of cannabis cuisine? Folks wouldn’t even make an infused butter or oil first, they would just dump a bunch of weed into some brownie batter and call it a success.

Thank goodness, those days are gone. These days, the cannabis infused edibles game is reaching stratospheric heights. Folks are infusing everything from gummy bears to gazpacho. There are not one, but two cannabis cooking shows on Netflix (watch Cooking on High), and the internet is awash with cannabis chefs from all over the world creating infused masterpieces. Seriously. Go to Instagram and search “cannachef.” The list is never ending. But what makes someone a good canna-chef? Let’s find out.

RELATED: How Jeff The420Chef Baked His Way to Culinary Success

“It was a memorable flight”

First up, meet Cheri Sicard. She’s pretty much the Martha Stewart of cannabis home cookery. Her latest work, The Easy Cannabis Cookbook, is aimed at home chefs who want to get a little more fancy. She started as a food writer and recipe developer before getting into cannabis cooking.

I asked her about how the pandemic has affected her business: “My focus is helping home consumers cook with cannabis and also make their own topicals and get the most out of their cannabis use. With everyone stuck at home, more people are making their own edibles and taking the time to learn about cannabis cooking than ever.

Especially at the start of the pandemic, we saw enrollments to my online cooking course at Cannademy.com go up.” When Sicard says getting the dosage right is very important, especially for home cooks, she speaks from experience.

The first edibles she ever made were way hella strong: “My family still talks about them to this day! I took one before getting on a flight and told my roommate ‘I’ll call you when we  land to let you know how they are.’ I called him from the airport!  It was a memorable flight because I was WAY too high in all senses of the word (and I have a ridiculously high edibles tolerance, so these cookies were off the chart). It taught me the importance of dosing early on.” Her advice to home cooks is this: ” There’s  more to edibles than cookies, candies, brownies, and gummies. You can medicate most anything you like to eat, so think outside the sweet box!” 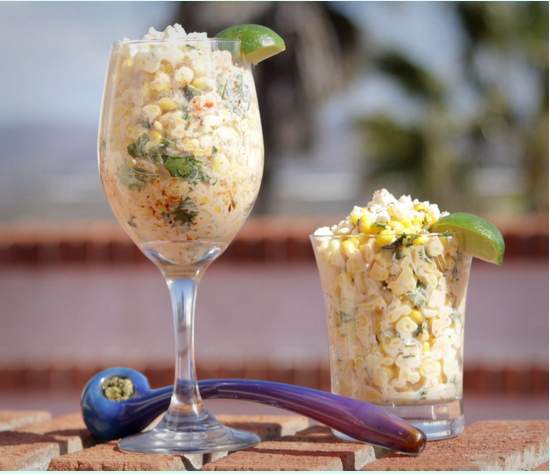 I asked her about the best cannabis infused food she had ever tasted and Sicard raved about a plate of shrimp and grits made by Andrea Drummer when Sicard was judging the first Culinary and Cannabis competition. “Andrea stands out as one of the most outstanding and memorable chefs I have ever encountered, weed or no weed.”

RELATED: Is There An Appetite For Cannabis-Infused Meal Kits Delivered To Your Door?

Funny she should say that, because I also think that Andrea Drummer is one of the best chefs on the scene right now and had scheduled her for an interview. And away we go:

Andrea Drummer, the Executive chef and partner at West Hollywood’s Cannabis Café, graduated from Le Cordon Bleu in 2010 and started working in top end kitchens almost immediately. She says she first started cooking with cannabis out of necessity. “Working in a kitchen is grueling. Most people start young and I was already in my thirties. The doctors were prescribing me stronger and stronger painkillers but that’s not a long term solution. Someone I know suggested cannabis, so I tried it and thought: Yeah. This shit is for real. It’s a new form of medicine.”

Her positive experience with cannabis as a medicine led her to become a cannabis chef in 2012, which led to more research about weed and learning how eating cannabis has different effects than smoking cannabis. And she’s been working on infused recipes like stuffed squid with chorizo that are a long way from what cannabis cooking used to be. 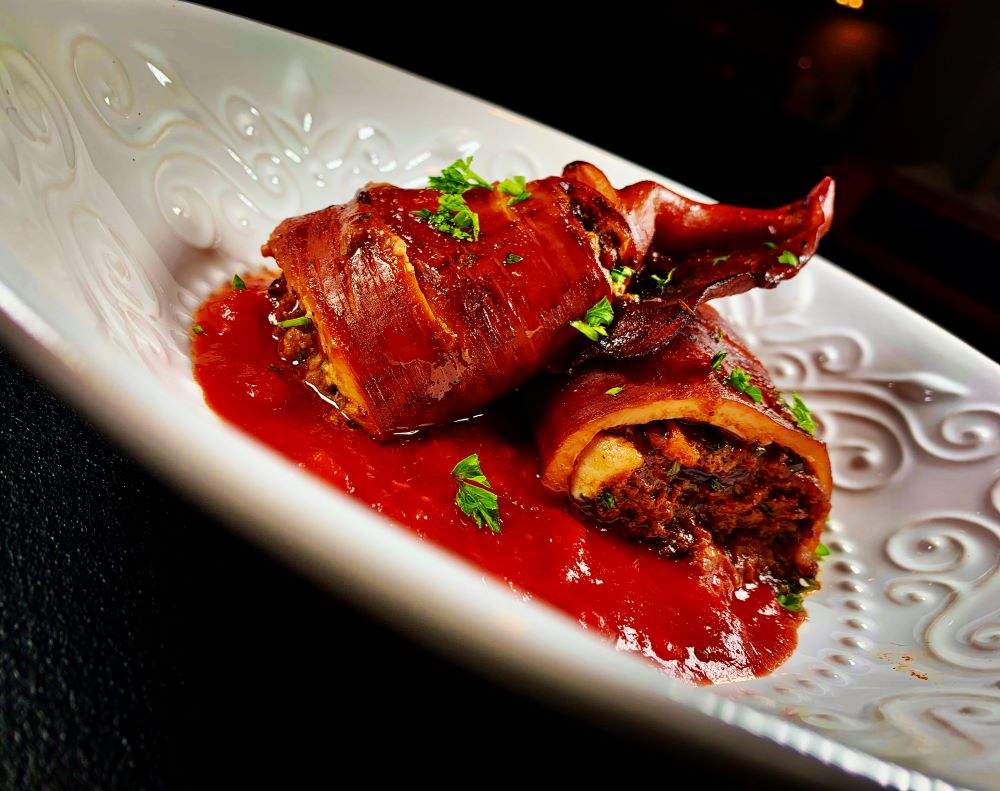 With her newfound knowledge, she started the Elevation VIP Cooperative and began throwing high-end cannabis infused dinner parties. Word started to spread, she won the Golden Pot on Netflix’s Cooking on High, was featured on Chelsea Handler’s Netflix series Chelsea Does, and these days is considered one of the first true superstars of cannabis infused cooking.

RELATED: Whatever Business You're In, You Can Pivot to the Cannabis Business

Since her main gig at the Cannabis Café is mostly shut down- “It’s rough. We are a consumption lounge with lots of smoking, but we can’t have people constantly blowing smoke and COVID into the air”, she is spending most of her time working on her second book. In many ways it’s a sequel to her first book, Cannabis Cuisine: Bud Pairings of a Born Again Chef.

The new book is also a bit of a memoir and a journal. “Writing is cathartic and a hassle, Drummer said. But like Dorothy Parker who once remarked: “I hate writing. I love having written,” she knows it will all feel great when she’s done.

“I am spoiled out here. I do all organic everything, but I can’t force people to be bougie,” she said.

Her advice for aspiring canna-chefs is straightforward: “It’s like being a sommelier. Know your flavor profiles and how they can be integrated into a dish without upsetting the balance. Go to culinary school. Study cannabis and terpenes as diligently as you study food. There is always something new and my interest in food hasn’t lessened.”