What happens when you combine high-quality flower and state-of-the-art technology?

By Eric Weinberg October 22, 2020
Opinions expressed by Entrepreneur contributors are their own.

Regular readers may be familiar with A Golden State, grower of some of the most expensive flower this side of the Shasta snowmelt, and Airgraft, maker of the self-proclaimed cleanest vaporizer and app you’ll find anywhere. You may not know that the two companies have begun to collaborate, which means consumers can now experience both brands in literally the same breath.

We sat down with Nishant Reddy, Co-Founder, and CEO of A Golden State, to talk about this new partnership and the issues surrounding cannabis in 2020. 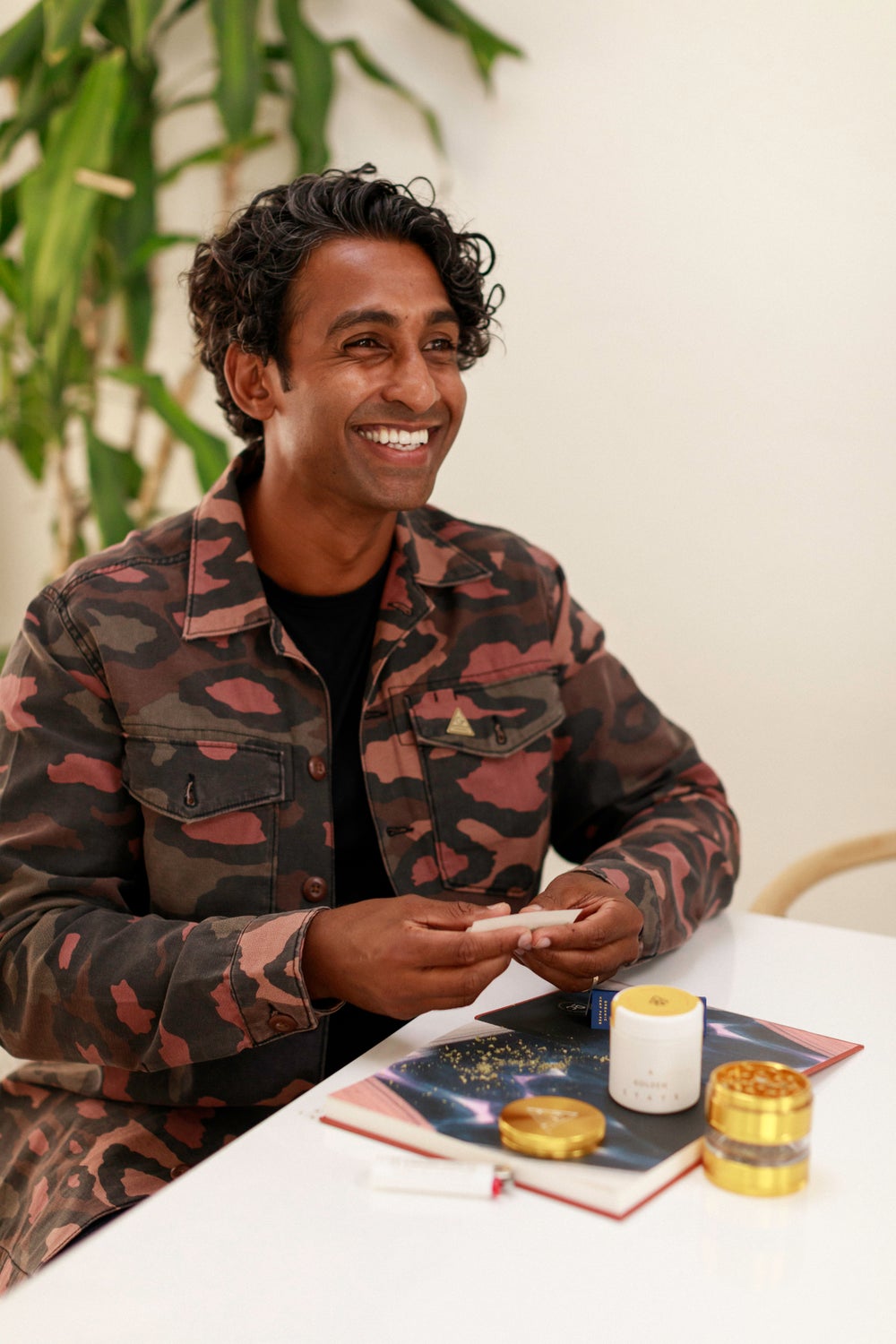 How did this partnership come to be?

We met the Airgraft guys before the last Hall of Flowers, and I was impressed by them because they had incredible technology. They’d worked on multiple projects that had been tremendously successful; they even teamed up on technology used in modern wearables. I liked that there were synergies between how they approach technology and how we approach cannabis: wanting to get granular, the attention to detail, all those things. Their product solves all the problems surrounding Vapegate: their pods are encrypted, tamper-proof, fully transparent, you can measure and control the dosing. We’re not in the business of being a hardware company, so I like being in business with people who take hardware that seriously, and they made me comfortable to go on their platform.  For them, they saw that A Golden State would be the highest quality product on their platform. There are only five or six products on their platform; they’re highly selective, so for us, it was validating to be one of those companies.

Related: 6 Ways The Cannabis Industry Can Learn From Streetwear

Are you reaching consumers who weren’t aware of A Golden State?

Absolutely. In Covid times especially, not everybody wants to combust cannabis in the traditional sense. There are also times when you want to be more discreet; maybe you’re traveling. We take the quality and consistency of our products very seriously, so when we produce oil, it has to have that same quality that consumers have come to expect from our flower — it’s just that now it’s in a pod.

You just referenced lung health —how does this product address those concerns?

For A Golden State, flower is the building block of everything cannabis, and all flower isn’t created equal, so all cannabis isn’t created equal. We’re at a point now where we can launch products like solvent-less oils, vegan edibles, vegan capsules, and THC in a powder form so you can mix it into coffees, smoothies, whatever you want.  So this was a natural progression for us. It doesn’t matter what form of A Golden State you choose. You can confidently know you’re getting all those same attributes that we’re known for in our flower.

What kind of difference should a consumer experience?

First, you can’t ignore the fact that the oil is solvent-less, that’s a big difference compared to oil that uses solvents. You can even compare our oils to other oils on the Airgraft platform, and you won’t find the same kind of profile in those other oils. If you’re combusting, the moment you flick a match you’re going from 0 to 100, and different properties of the cannabis react at different temperatures, so you’re only getting a small part of its total profile. With Airgraft, you can select the optimal temperature for that oil, and you get there slowly, so you get these really robust flavor profiles. It’s the difference between taking a shot of Jose Cuervo and sipping some really nice Clase Azul.

A Golden State recently partnered with the ACLU of Southern California. Can you tell us what your mission is there?

I very much view it as my responsibility — as a minority male, and for my co-founders — to not forget those people rotting in jail for possession, for growing or selling small amounts. We can’t ignore those people, and the majority of them are minorities. We’re at a very polarizing time in our history, and for myself and my brand, we’re not going to stand by quietly. For us, this is not a political argument. It’s literally good vs. evil. And we’re going to do all we can to have a positive social impact.

You’re the first cultivator to receive a carbon-neutral certificate. Can you talk about any challenges you faced and how you overcame them?

The #1 challenge is: Is it important to you? There are going to be costs, and it takes time and work, and it’s going to cut into margins. We rely entirely on sustainable energy, with a focus on hydro-electric, and we utilize a combination of traditional and LED lighting. Obviously, it could be done, so we put in the work to get it done, and it feels great.

Eric Weinberg is a TV writer/producer who's worked on such shows as Politically Incorrect with Bill Maher, Scrubs, Californication, Wilfred and American Dad.

3 Questions to Ask Before Picking the Right Licensing Partner

Governors Extol the Benefits of Weed In Their State Addresses