About 1,800 years ago, cannabis was used as a method of anesthesia before any operation, in combination with alcohol and other herbs.

By Canncura January 27, 2021
This article was translated from our Spanish edition using AI technologies. Errors may exist due to this process. Opinions expressed by Entrepreneur contributors are their own.

By Raúl Castañeda, cofounder of Canncura

Cannabis has had many names throughout history and has meant different things to each person.

It is a plant that has satisfied both the material and spiritual needs of different cultures, and it is theorized that it was one of the first plants that man domesticated for industrial purposes for more than nine thousand years.

With origins in Asia, its cultivation spread throughout the world, adapting and evolving together with our species, creating a market that revolves around the use of the different parts of the plant and their effects on the body.

Our relationship with cannabis is reflected in different ways and at different times, in which it has been used for the creation of clothes and the use of its seeds for food, even in effects on the body that work as medicine.

About 1,800 years ago, cannabis was used as a method of anesthesia before any operation, in combination with alcohol and other herbs.

Lately there has been a trend in the use of herbal medicines, both in developed and developing countries, which are also known as phytopharmaceuticals; which are pharmacists of plant origin. These substances used in ancient times are finding scientific justifications for their benefits, beyond historical references.

Today we know that cannabis can be recommended for different conditions such as: hemorrhoids, glaucoma, inflammation and pain, among some more mentioned in the Ebers Papyrus and other Egyptian documents whose origin can be traced back more than 3,500 years.

Other cultures regularly used cannabis as part of their rituals, both social and religious; for example: in India there is a cannabis-based drink known as "bhang", which is part of an ancient tradition called "Holi" or "The festival of colors", where the beginning of spring is celebrated. 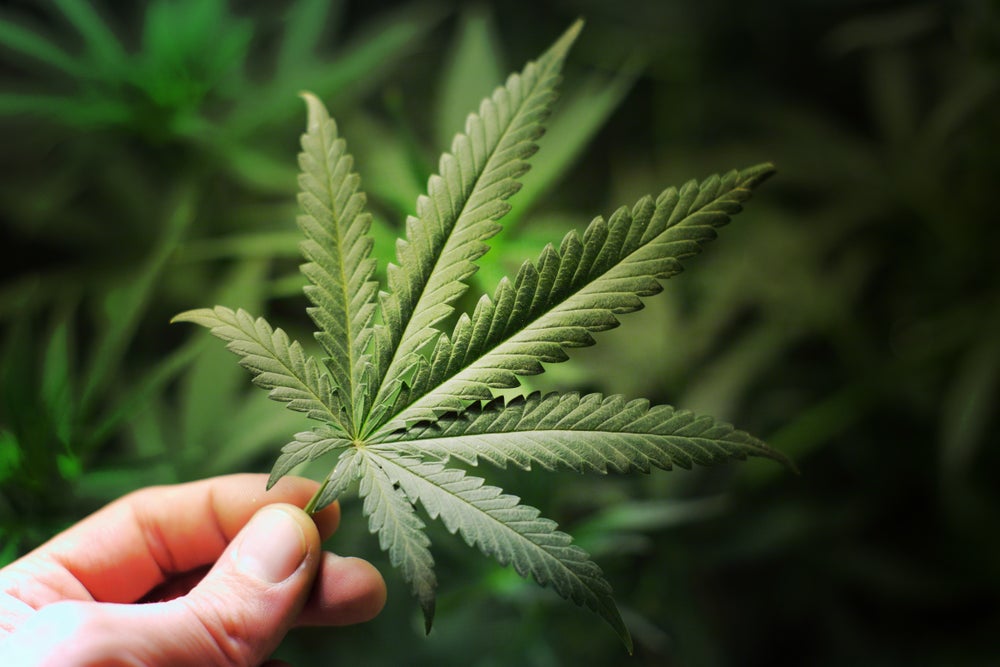 About 1800 years ago, cannabis was used as a method of anesthesia before any operation / Image: Depositphotos.com

On the other hand, the Greeks smeared cannabis on wounds and applied dried leaves to the nose to treat bleeding. The most frequent use described in their documents is the creation of extracts to soothe local pain and inflammation.

From Asia, the use of cannabis spread across the old world westward through the trading network, intercepting various cultures in the process eventually finding its way to the American continent. The cultivation of this plant became so important that the English and Roman colonies were mandated to dedicate part of their arable land to the planting of hemp.

What began as a piece of rope in Mesopotamia more than nine thousand years ago, today encompasses a market where its applications can be found in products such as textiles, fuels, medicines, building materials, food supplements and food. The list only grows over time, and the more countries are moving towards a more lax policy regarding cannabis, others with more experience appear in the scientific world with advances that promise a better future for health and environmental care. .

During each of these stages, cannabis adapted to the different places where it was harvested, with climate and human selection being the main factors that contributed to and shaped what we now know as cannabis. Some plants were cultivated in order to be used to create food, paper, clothing, medicine or rope, while others had a more spiritual or recreational purpose.

In this way, we realize that long before legalization, even before prohibition, cannabis was already part of our daily lives. The history of this plant has shown us its versatility that today we can divide into three main aspects: industrial use, adult use and medicinal use.

Meet Ohio's Only Black Woman With Licenses to Cultivate, Dispense, and Sell Cannabis