In her opening monologue, the talk show star says her friend Chelsea Handler turned her on to Cann cannabis-infused beverages.

Back in 1997, Ellen DeGeneres tore down barriers when she came out to the world about being gay in an infamous Time magazine story. 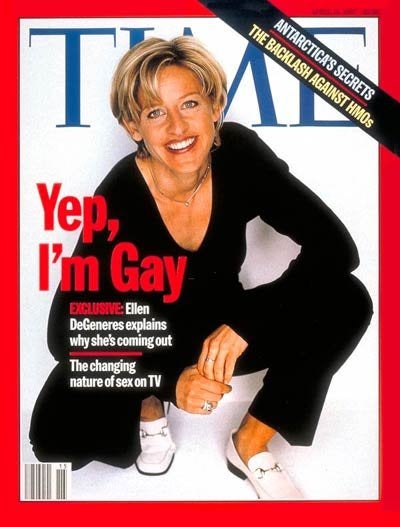 Earlier this week, the comedian offered another groundbreaking reveal, telling millions of viewers in her opening monologue that she drinks Cann, a popular cannabis-infused social tonic. Yep, she drinks cannabis.

DeGeneres joked about a not-so-funny incident involving having to rush her wife Portia Di Rossi to the hospital for an emergency appendectomy.

"How was everybody's weekend? Anybody else have to rush their wife to the emergency room for an appendectomy? Anybody? No? Just me?" she asked her audience on Tuesday's episode of "The Ellen DeGeneres Show."

She then revealed details of the story. Last Friday night, Ellen tried Cann to relax. The beverage, which she explained as "mostly CBD with a teeny tiny 2 milligrams of THC", was recommended by her friend Chelsea Handler, a  passionate cannabis user and advocate.

"Chelsea Handler told me about them," Ellen explained. "So it was only a matter of time until I was topless."

Handler has made waves recently on social media for posting videos of herself celebrating her birthday by skiing topless.

Related: Chelsea Handler Gets Into the Cannabis Business

After drinking the Cann and taking "sleep vitamins" called Rae, DeGeneres went to bed only to be awoken by Di Rossi groaning in pain from another room. The two rushed to the hospital, and Di Rossi had to have her appendix removed.

You can watch the monologue below:

Chelsea Handler isn’t the only fan (or investor) giving her friends Cann. Ruby Rose and Kate Hudson have recently endorsed the brand. Hudson sent out a collab with her brand King St. Vodka, while Rose sent out a gift including Cann for her birthday.

The product is part of an overall upward trend in cannabis beverage consumption. According to the ‘Disrupting Drinks’ report published by Prohibition Partners,  the market for cannabis-infused drinks is expected to rise to an estimated $4 billion by 2024.