How This Company Is Redefining the Future of Retail Cannabis

Learn how to get your business funded in the Cannabis economy!
Brought to you by GABY

The legalization and regulation of cannabis across North American jurisdictions is a process that is still underway, but that hasn’t stopped a wave of investors taking a swing at establishing themselves.

In the U.S., the cannabis industry is full of big hopes and big fears, as legislation opens ever greater opportunities. Within this context of opportunity, we find California cannabis retail. A vertical is at a crux — on one side, the cannabis industry is made up of a multitude of independent retailers, with a love for the industry that stems from pre-legalization days, and on the other side, we have the yet undiscovered glory and promise of the future of cannabis retail.

Now, an established player in the space is aiming to redefine this growing retail sector.

The state is the most important cannabis market in the world. For perspective, it’s the fifth largest economy in the world, the largest cannabis consuming region in the world and the state compresses the entire population of Canada into a single region that is less than 1 per cent of the geography of Canada. But it’s more than just size that matters.

California is a taste-maker market with a long history and association with cannabis and cannabis culture. What happens in California shapes what happens in cannabis in the rest of North America — and often the world.

To many cannabis companies, the large California market is a daunting place to operate in. It is a highly competitive market with a constant storm of companies finding success and failure.

The illicit market in cannabis established before legalization has not completely diminished and taxation remains high, leeching customers and profit from entrepreneurial cannabis companies. These circumstances have pushed many entrepreneurs to other states. 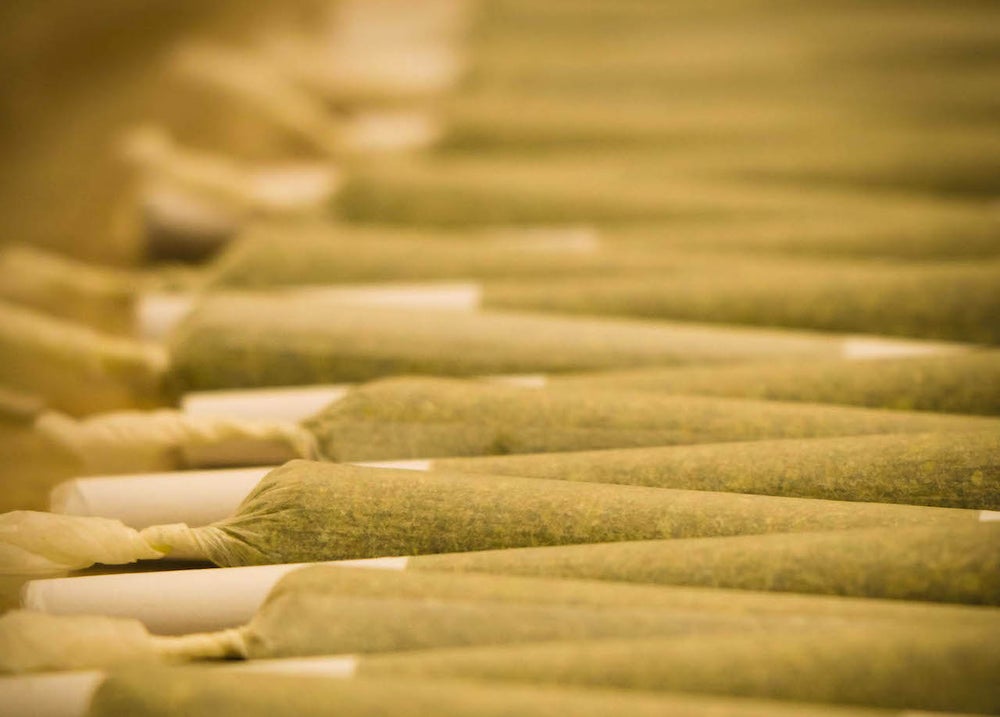 California’s cannabis market is thriving, even amidst a pandemic.
Image Credit: GABY Inc.

Looking at the huge decrease in the number of brick-and-mortar dispensaries now as compared to pre-legalization, California has yet to see its full potential.

No single operator has more than 2.5 per cent of the market by number of stores or 4 per cent by sales volume. Only 90 of the almost 500 municipalities are currently friendly to cannabis retail. Thankfully this is changing as more municipalities realize the economic benefits of allowing cannabis in their jurisdictions.

With this greater acceptance comes the opportunity for greenfield licenses and continued growth in the size of the market.

On April 1, GABY entered the retail vertical through a transformational transaction which saw it merge with one of the oldest, most reputable, and most successful licensed dispensaries in California — the Mankind Dispensary. This merger forms the foundation of GABY’s retail strategy.

Located in San Diego, Mankind was the first dispensary to offer a more traditional retail experience by employing the customary “self-serve model” consumers are familiar with. 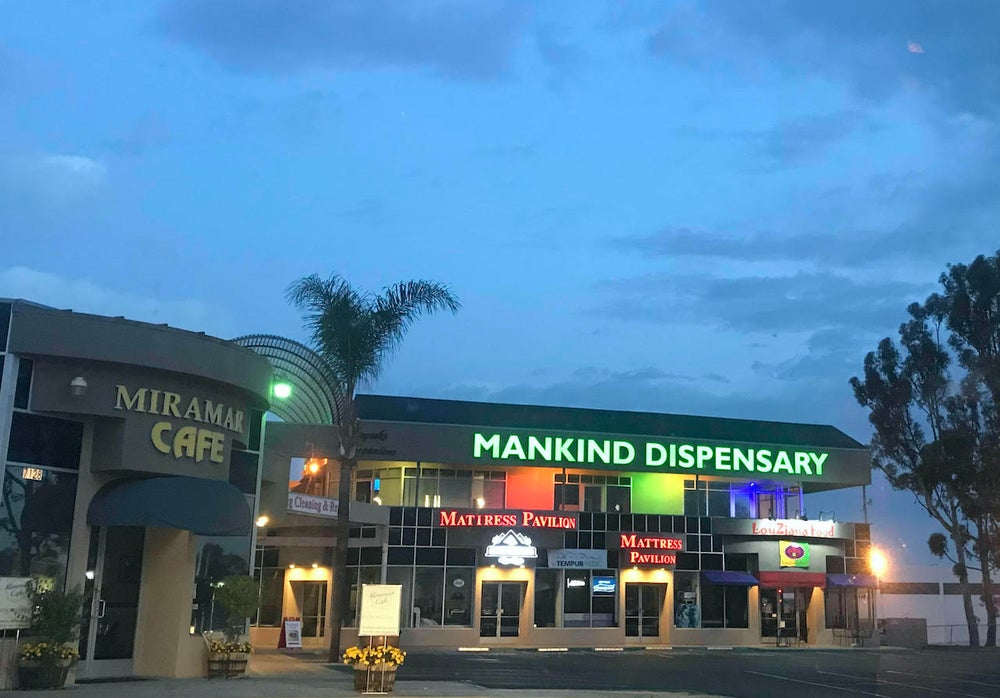 A look at the Mankind dispensary.
Image Credit: GABY Inc.

Mankind also prides itself on having an educated in-store sales team who are knowledgeable in the array of products offered in store or online. Mankind’s vast selection of cannabis products range from several distinct flower brands offered at different price points, to multiple pre-rolls in varying sizes and packages, to healthy or indulgent edibles, to topicals and tinctures.

Coincidentally, GABY has an array of proprietary products that can now be found on Mankind shelves offering GABY the opportunity to harvest margin from multiple verticals.

GABY is serious about its plans for growth. The company has targeted 10 locations within the next 12 months and 100 locations in the next three to five years, all focused on California. Led by TJ Finch, former head of corporate development for Cresco Labs and Origin House, GABY has retained the services of business development experts and now boasts a team of 5 people focused on acquiring or applying for dispensary licenses. 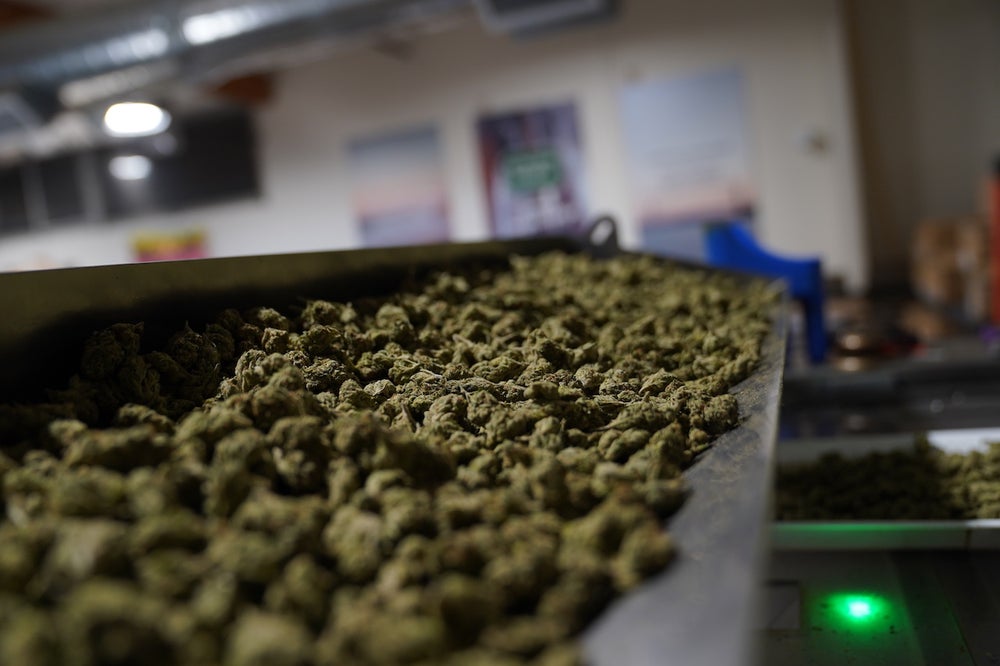 A team built to capitalize on the consolidation of retail

GABY boasts a strong management team, drawing experience from a variety of industries, including over 75 years total experience in cannabis and $15 billion dollars in merger and acquisition activity.

CEO, Margot Micallef, a winner of multiple business and leadership awards, has long been a heavyweight in the world of entrepreneurship. With over 20 years of consolidation experience under her belt, she also has operational experience overseeing hundreds of millions of dollars in revenues from retail operations.

Many of the senior officers at GABY are themselves entrepreneurs. James Schmachtenberger founded multiple dispensaries before building Mankind into the success story it is. Aaron Browe founded Sonoma Pacific Distribution which was purchased by GABY in 2019 and Lulu Bonner founded Lulu’s Chocolates before selling to GABY in 2020. Each plays a significant role in the company today.

Why invest in GABY?

GABY has the focus, the foundation, the infrastructure, and the team to be the leading consolidator of retail in California. As the market in North America becomes more friendly to cannabis and legalization becomes more likely, California is the place you’ll want to be. And GABY is the company you’ll want to invest in.

To learn more about GABY Inc and its growth plans, visit the company’s website here.