Nebraska Is Working To Legalize Medical Marijuana Possibly This Week

Nebraska May Be Next To Legalize Medical Marijuana

By J. Phillip May 11, 2021
This story originally appeared on MarijuanaStocks

Beyond just marijuana stocks and cannabis investing more states around the U.S. are working towards legalizing marijuana. Currently, more than have the United States have voted to go legal in some form. Although there is much more work to be done on the state and federal level. Overall cannabis reform has come a long way. However many are waiting for the day politicians can bring an end to cannabis prohibition. By legalizing marijuana on the federal level or even federally decriminalizing cannabis would still be a win. Whether nationwide legalization or federal decriminalization the U.S. cannabis industry would be able to reach other markets and conduct business that was once federally illegal.

Yet marijuana is still illegal under federal law. But hopefully, with more states going legal it will provide a bit of pressure for politicians to advance federal cannabis reform. In recent reports, state lawmakers in Nebraska are working on legislation to legalize medical marijuana as early as this week. Sen. Anna Wishart, who is sponsoring this new cannabis bill spoke on it. The Senator said it will “be debated by the full legislature” on May 12th.

This new cannabis proposal has arrived just 16 weeks after the initial bill was introduced. Back in March, this bill was subject to revisions. During this revision period, it was given the green light by the Judiciary Committee. Some of these specifications would permit patients to buy and hold up to 84 grams of marijuana. As well it must be 2 and a half ounces purchased from licensed dispensaries. However, it does not permit cannabis patients to smoke marijuana which is a situation to be dealt with at a later point in time.

At first, this new cannabis bill would have given patients access to cannabis for any condition. This bill was amended in the committee to adhere to a list of certain medical conditions. Conditions patients would need to obtain cannabis. These health issues consist of 17 qualifying conditions, including cancer, Crohn’s disease, glaucoma. As well as HIV/AIDS, post-traumatic stress disorder, chronic pain, and epilepsy. The hurdle this bill will need to get over is the GOP-controlled unicameral body. 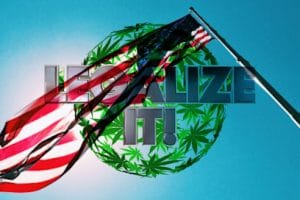 State lawmakers will possibly have to overcome a filibuster with at least 33 votes for cloture. If they can turn that into a successful outcome a vote could be made. This vote would be to pass this new cannabis proposal. The way the bill is revised may be tough for lawmakers to accept additional amendments. The goal is to reach a middle point on these current revisions. This would serve to make the proposal more appetizing to those not in favor of cannabis reform.

“I think that proponents for medical cannabis are willing to see compromises on the bill if that means getting something done,” Jared Moffat, state campaigns manager for the national Marijuana Policy Project, told an online cannabis publication. Wishart and Sen. Adam Morfeld have been faithful supporters of marijuana legislation. Yet this proposal is somewhat a restricted piece of cannabis legislation. Both senators stated right before the new year that they’re working to put the power to pass cannabis legalization in the hands of voters.

Nebraska Is On The Path To Legalize Medical Marijuana

Political figures have started a campaign—Nebraskans for Medical Cannabis is taking the initiative to push for cannabis reform. The group is individually gathering signatures for a medical cannabis legalization measure. As mentioned above the hope to place this bill on the 2022 ballot as well. Nebraskans for Medical Cannabis approved a measure to legalize medical marijuana for the 2020 ballot. Although the state Supreme Court closed the door on that bill following a single-subject challenge. 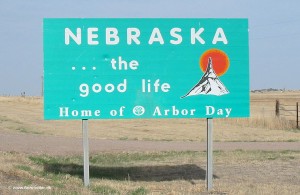 In the Judiciary council, Chairman Steve Lathrop announced that he voted to legalize medical cannabis. His vote as he out it was partially because he feels it would be a better alternative. This is in comparison to the bill that could make its way on the ballot.

If advocates do accumulate enough signatures for either cannabis bills, they may still face challenges at the polls. This is due to midterms usually seeing a lower turnout in contrast to a presidential election. So with this, we may see an extra push in momentum for reform. This ballot could push state legislators to possibly pass medical cannabis legislation. For instance such as Wishart’s bill in the meantime.

A strong opponent of marijuana reform Gov. Pete Ricketts is someone who may veto any cannabis legislation that makes it his way. Annulling a gubernatorial veto would need 30 voters to make their decision in favor of cannabis reform. What this indicates is some members of his own council would have to move to reject the governor’s action. All in all cannabis legislation for the state is in a better place. Especially states that have not voted on any cannabis measures. Legalizing marijuana is no easy task on any level.  Yet with Nebraska working to do so it only adds more fire under politicians to further consider federal cannabis reform.