According to Shadi Atassi, his yerba "Milonga" manages to achieve a good taste and, due to the allowed dose of CBD, generate a touch of tranquility.

By El Planteo May 17, 2021
This article was translated from our Spanish edition using AI technologies. Errors may exist due to this process.
This story originally appeared on El Planteo

"Milonga's is a strange story," warns Shadi Atassi, an American footballer of Syrian origin and an Argentine family who designed - together with his father - the first organic yerba mate with CBD in the United States. “It is a different and unique fusion around the world,” he continues.

- All over the world?

—Yes, there are some in Uruguay, but they do something else. They mix the hemp leaf with that of yerba mate. It does not mean that there is CBD. It is a different process than we do. We are the first to do this organic process, to infuse yerba mate with CBD extract. 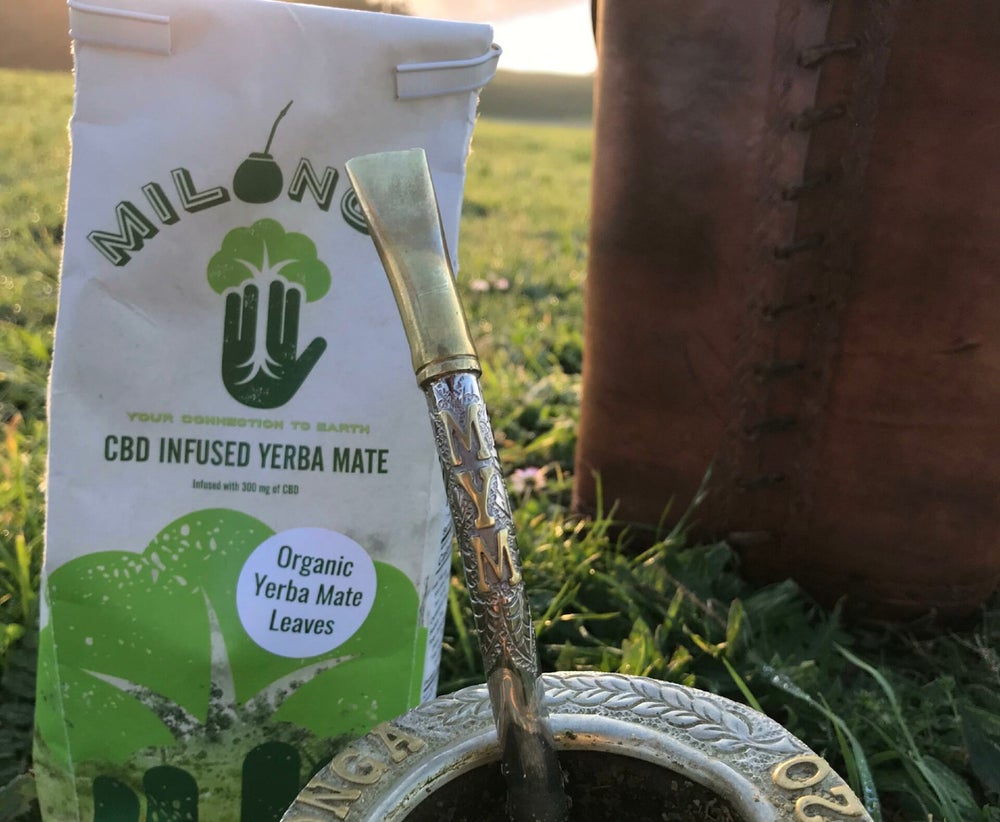 The evangelizer of mate

Raised in Miami, where his family still lives (half Argentine, half Syrian), and with a professional presence at Lebrijana, of the Andalusian third division in Spain, Shadi always had an obsession with mate .

And, in his travels around the world, he became a kind of evangelizer .

“I knew him when I was little because my mother drank at home. I always lived it as something nostalgic. He also saw that Messi and Suárez were taking it. I never went to mate until I played at Banfield and lived on his boarding house. There I was with boys from the interior and I lived with people from La Rioja, Salta, Mendoza, from everywhere. If they drink mate in Buenos Aires, inside they drink triple ”, he recalls in perfect Spanish.

Thus, with this soccer experience that crosses the sentimental and the cultural, Shadi incorporated mate into his routines. “It is an excuse to speak, it is a sign of confidence. I understood at the touch the importance of mate for Argentines ”, he says.

Due to his organic family upbringing, CBD was always close to him . In fact, his father, Samer, uses CBD products to soothe his body aches. "Instead of using pharmaceutical pills, it was always more than natural." 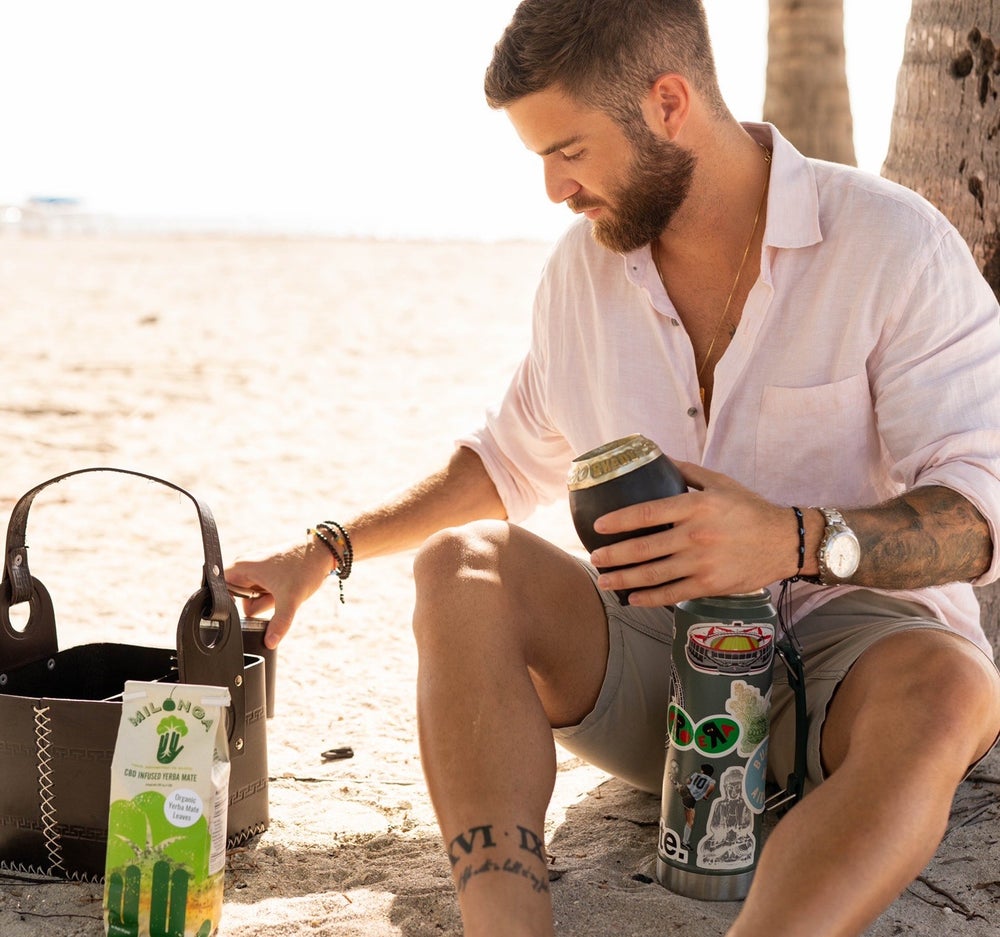 Meanwhile, the expansion of the world of cannabis in the North American market caused the family to join their two passions and to face the Milonga project . “We give a product with pure transparency. We explain the infusion process, we want to offer the public something that was not seen and that brings them benefits ”, he assures.

During the beginning of the pandemic and in full strict quarantine, his father - responsible for Latin America for a company that markets anti-fraud technology - and he - a young soccer player at the peak of his career - had the opportunity to share time together .

“Talking with my father about new ventures, the ideas were always around yerba mate. 'What if we mix weed with CBD?' And, well, we found a beautiful idea. It took a few months to find the formula, the herb, the CBD that gives us the benefit we are looking for, the package design and all the identity. We wanted to release a product and for people to understand everything from 0 to 10 ”, Shadi dixit .

In this fusion, yerba Milonga manages to achieve a good flavor and, due to the permitted dose of CBD, generate a touch of tranquility . "Among other things, Milonga serves to lower anxiety," he says.

And he continues: "It is a mixture that identifies us ."

The fact: each serving has 25mg. of CBD extract. 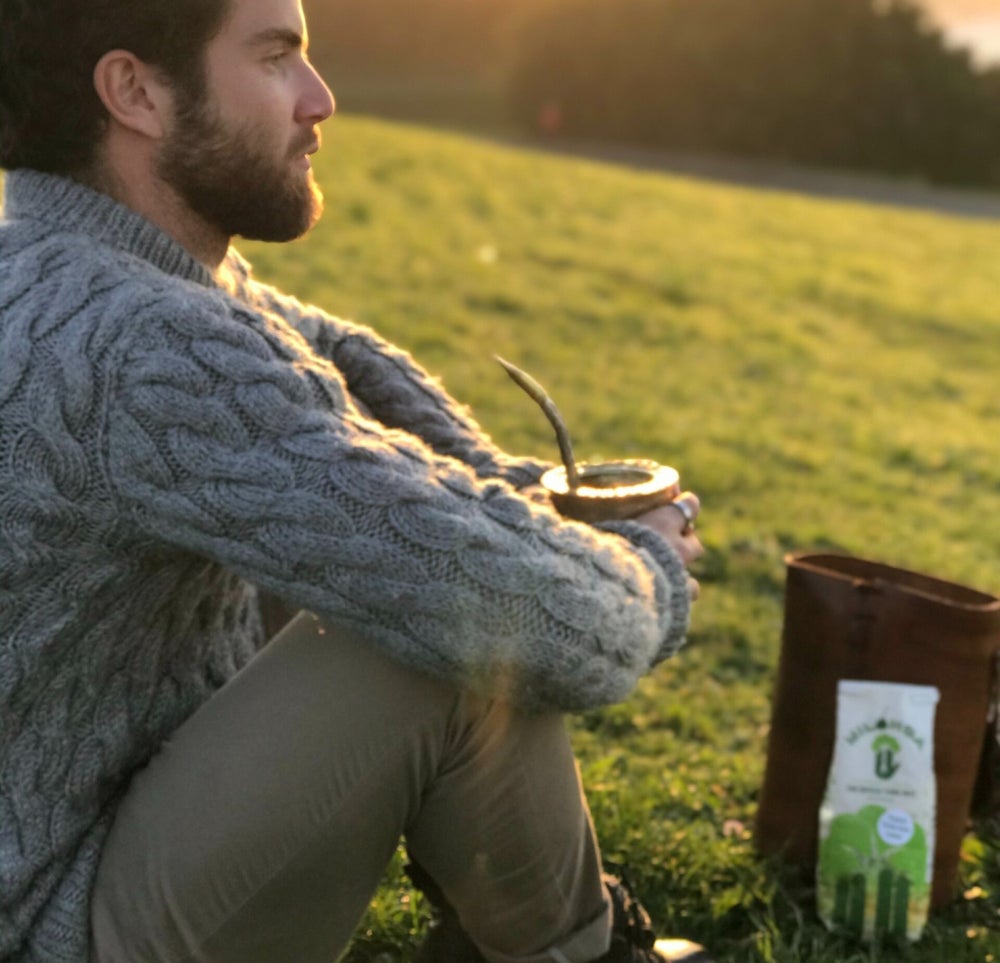 - What about the United States and the mate?

—In the United States, there are many people who know yerba mate. It became fashionable to drink it in a can, as an energizer. Latinos like to have a mate and a yerba from the United States. Seeing an American product that touches its roots gives it a sentimental twist. And those who really like it are interested in taking it as we do.

- What kind of audience do you have?

—Many Latinos who are in the United States. While it is a niche, it is a huge one. There are many Latinos and many vegans who want a healthy product. They know that with Milonga they have a pure transparency. We are consumed by curious people between the ages of 24 and 45. And not to mention the world of CBD, who do not want to consume it as chocolate or gummy. With Milonga they find a creative way to take it. In the United States there are not many people who have the pumpkin mate and start drinking it with a light bulb so that the product is appreciated from that side.

Business on the rise

These days, Milonga has official distribution in Germany, Switzerland, France and the Czech Republic , among others.

Not yet in Argentina or in Spain , his place of residence. "Here topicals, creams and oils are allowed, but not edibles." 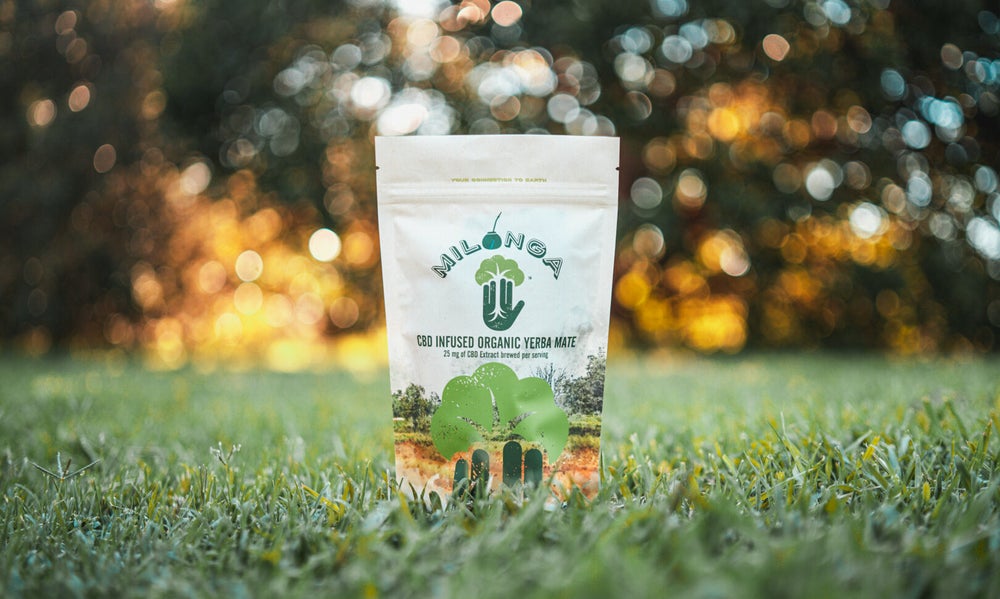 At that time, with the prosperity of the business, they plan to release some capsules compatible with Nespresso and Keurig . "That will come out very soon for the Yankee public that does not want to fatten." In the short term, they plan to add a version without CBD . In the medium, mate cooked in tea bags. And, in the long run, as for the end of the year, some cold cans.

"There is a special process for each product", closes the young man.

Top US Marijuana Stocks To Watch Right Now? 2 For Your List Before February

What's the State of Cannabis in the Empire State?