The threat of antibiotic resistance is one of the many global health challenges that will be solved with the chemical compound in the cannabis plant.
Next Article

Learn how to get your business funded in the Cannabis economy!
Terry Hacienda
May 28, 2021 6 min read
This story originally appeared on The Fresh Toast


One of the most prevalent threats to human beings that have become a global health challenge is drug-resistant infections. This threat increases fears that there is a high possibility of our generation returning to the pre-antibiotic age because such diseases are life-threatening.

Over 700,000 people are dying from drug-resistant infections yearly. This number increases daily, and it has put scientists and researchers on the quest for new antibiotics that will target superbugs.

RELATED: Five Months Into The Pandemic, How Is The Cannabis Industry Doing? 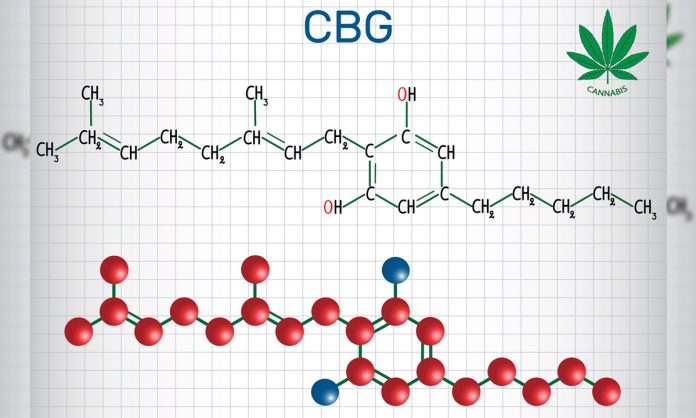 Cannabigerol (CBG) is a form of the cannabinoid from cannabis plants and often called the “Mother” of all cannabinoids. Cannabigerol holds an extraordinary place in the heart of cannabis researchers and users because other cannabinoids are derived from its acid.

CBG is also found in smaller quantities than other cannabinoids in the cannabis plant, as in most plant strains; you will find 1 percent of CBD, unlike the 20-30 percent of THC in the plant.

So products gotten from CBG are rare and very expensive. Researchers have found that CBG has many benefits to offer the medical world, which has increased its popularity.

Antibiotics are drugs created to prevent and cure bacterial infections, thus saving people from dying when the infection spreads without a cure. But antibiotics are also under severe threat because of the availability of different types of antibiotic-resistant bacteria.

These bacteria, which overcomes the effects of even the most potent antibiotic, are a problem that has caused the pharmaceutical industry to become stagnated with the creation of new antibiotics. Alongside climate change, the antibiotic-resistant crisis is also seen as a global threat.

RELATED: Sales of Cannabis Pre-rolls Was Up Nearly 50 Percent in 2020

How can cannabigerol help?

As researchers carried out tests for a solution to this threat, it was discovered that natural ingredients in cannabis could proffer a solution to the crisis. According to a recent study, cannabigerol was identified as a chemical from the cannabis plant that can kill stubborn bacteria.

The antibacterial activities of cannabinoids (which are the chemicals in cannabis) effectively suppress and fight off this group of bacteria.

The research carried out by two MacMaster microbiologists, Dr. Omar El-Halfawy and Dr. Maya Farha, maintain that scientists need to rethink new ways of discovering the next antibiotic. With all focus on cannabigerol, it is evident that this cannabinoid is the future.

The cannabinoid is also an attractive research area with tremendous potentials for long-term solutions for this crisis. Therefore, scientists in academia hope that their discovery will raise more antimicrobial investigations into the possibilities of cannabinoids.

CBG was proven to effectively kill both the normal bacterial cells and other persister cells that showed excellent resistance to antibiotics. CBG was also effective with preventing and disrupting biofilms which cause build-ups on the person’s skin.

Although these test results are preliminary, there is a very high potential for additional findings and further studies; a powerful solution can come from CBG.

The power of cannabigerol in the cannabis plant.

For decades, researchers have agreed that cannabinoids, particularly cannabigerol, have antibacterial properties. For instance, since the 1950s, cannabis extracts have been used as antiseptics in many parts of the world. This realization confirms the fact that cannabinoids still have a lot of untapped potential for antimicrobial development.

The drug properties in cannabinoids are also helpful in the human body, making them a good starting point for the creation of new antibiotics. The team at McMaster University tested 18 varieties of cannabinoids and other related molecules against several antibiotic-resistant superbugs.

Researchers also collected different antibiotic-resistant bacteria from local hospitals to observe if the cannabinoids killed the bacteria. They immediately realized that CBG has a unique and extraordinary antibacterial activity against other bacteria groups during their experiments.

Their discovery also revealed that CBG is a non-psychoactive and non-sedative chemical excellent for antibiotic development for both animals and human beings. Interestingly, unlike other cannabinoids such as THC, you cannot get high with CBG.

So a combination of significant chemical compounds with an inability to get you high makes cannabigerol the perfect candidate for a solution for this global health crisis. Since CBG cured MRSA-infected mice without any toxic side effects, it means it holds high potentials for human beings.

Scientists also discovered that within 30 minutes of the treatment on mice, CBG stopped the bacterial growth and killed all MRSA bacteria that are tolerant to current antibiotics like ciprofloxacin. Additionally, CBG was also tested against the most brutal gram-negative bacteria.

Many antibiotics are ineffective against gram-negative bacteria such as E. coli because of the antibiotic’s inability to get into the bacterium cell. CBG “alone” couldn’t kill E. coli, but when it was maximized in combination with another antibiotic (like a Polymyxin B), the E. coli membrane becomes easily penetrable.

With the penetration, CBG gains entry into the E. coli and kills the bacterium!

Yes, the cannabis plant has given us a miracle through cannabigerol, and so many health experts are excited about the breakthroughs this will bring on a global scale. But, it will take time before it is commercially available as it needs to go through rigorous CBG safety tests and pre-clinical development trials.

RELATED: Can CBD Protect You from the Flu?

The world is still going through a reawakening phase with the possibilities that cannabis offers. So much has been discovered with cannabis so far, and much more can be done as scientists and researchers continue to ask questions and test the cannabis plant.

The threat of antibiotic resistance is one of the many global health challenges that will be solved with the chemical compound in the cannabis plant. The potent cannabinoid cannabigerol is proven to contain antibacterial properties that can effectively fight the global threat.

No one knows for sure what the future holds, but one thing is certain: cannabis and its cannabinoids will be a big part of it.

How Cannabis Growers Are Preparing For More Wildfires Out West