Top Marijuana Stocks To Buy? 2 To Watch For Summer 2021

These Cannabis Stocks Could Be Winners This Summer

By Brett David June 1, 2021
This story originally appeared on MarijuanaStocks

Are marijuana stocks a good investment in June? After showing some upward momentum in May the first week of June could see a similar trend in trading. At the current time, there seem to be a few catalysts that could fuel potential upside this month. For one the introduction of a cannabis reform bill on Capitol Hill would have a huge impact on the cannabis sector this month.

Since the presidential election, most top cannabis stocks have seen the most momentum on the topic of federal cannabis legalization and reform. Although most investors believed this would occur earlier in the year politicians needed to address the economy before tackling cannabis reform. Now halfway through the year, it could be time to find the best marijuana stocks to invest in before cannabis reform on the federal level is established. With a reformed American cannabis market, the continued expansion of many of the top marijuana companies could continue.

Some of the largest US cannabis companies like Curaleaf Holdings, Inc. (OTC:CURLF) have grown rapidly in the past few years. Fueled by an increasing demand for cannabis across the US these companies are producing record revenue growth. Although in 2021 this has not translated into gains in the market it does show the strength of the cannabis industry currently.

Finding The Best Cannabis Stocks To Invest In

The best marijuana stocks to buy in 2021 have shown some market volatility this year.  After reaching new highs in February most cannabis stocks have been seeing declines in market value for the past few months.  Actually, this has left them trading at much lower levels and could help produce more returns for current investors starting a position.

For investors, it’s always important to do your own due diligence on a company before investing. In general, researching a company’s financials and getting an understanding of how it performs in the market can help you solidify better gains. With this in mind, we can take a closer look at some pot stocks with potential in June.

[Read More] Looking For The Best US Marijuana Stocks To Buy In June 2021? 3 For Your Watchlist

As the possibility of cannabis reform grows traders could continue to see some upside for the cannabis sector. In reality, this could potentially produce short-term gains for investors this month. In the first week of June let’s take a look at 2 top marijuana stocks for your watchlist right now.

Planet 13 is a vertically integrated cannabis company based in Nevada, with award-winning cultivation, production, and dispensary operations in Las Vegas. In general, the company’s mission is to build a recognizable global brand known for world-class dispensary operations and as a creator of innovative cannabis products. In Las Vegas Planet 13 is famous for its larger-than-life Superstore dispensary that’s housed in a 112,000 square foot building. Recently the company started construction on a new Superstore location in California. Also, the company also reopened its smaller model the Medezin store which takes the larger company model and puts it in a compact form.

PLNHF stock closed on May 28th at $6.62 up 18.32% year to date. In February the stock reached a high of $8.67 and is down 5.29% in the past month. According to analysts at Tip Ranks PLNHF stock has a 12-month average price target of $7.73 per share. In essence, this would represent a 16.77% increase from current levels. For this reason, PLNHF stock could be a top marijuana stock to add to your watchlist in June.

In May Columbia Care announced record first-quarter 2021 results and reaffirmed its 2021 guidance. In detail, the company is reporting a record Q1 combined revenue of $92.5 million an increase of 220% year over year. Additionally, Columbia Care saw a record combined adjusted gross profit of $37.7 million. This is an increase of 316% year over year. Also important the company reaffirmed its 2021 combined revenue guidance of $500-%30 million and adjusted EBITDA of $95-$105 million. 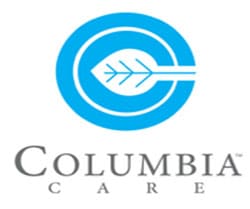 CCHWF stock closed on May 28th at $6.05 currently up 45.96% in the past six months. In February CCHWF stock reached a high of $7.89 and is flat year to date from its current trading price.  According to analysts at Market Beat CCHWF stock has a consensus price target of $11.40 per share. This would represent an increase of 88.4% from current levels. With this in mind, CCHWF stock could be one of the best cannabis stocks to buy in June 2021.